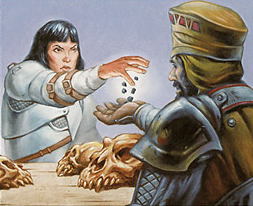 I've been requested to do third-party purchasing on MagicCardMarket (Europe's answer to TCGplayer) more and more lately. In other words: someone outside of Europe asks me to purchase bargain-priced or otherwise desirable cards for them on MCM, given my status as a person who lives in Europe. It's true that Sigmund will be visiting me soon and that he and I have both been collecting cards for each other, but others have been asking too. It's worth addressing in part, I think, because Cartel Finance (mistakenly) mentioned me on one of their casts as someone who often does this.

While in Sigmund's case this is clearly something I am happy to do for him, I usually shy away from third-party purchasing. In this article, I want to represent my thought process for deciding whether or not I will buy cards on MCM for someone. If you know someone who lives on the other side of the Atlantic, this could be something you might consider, although as you will see, there is much that goes into determining whether this will be personally worth it for you and your contact. (Throughout the piece, I will refer to myself as the third-party, the person interested in buying cards as the buyer and the person selling the cards as the seller.)

Step 1: Do I Trust the Buyer Who Is Asking Me?

It's pretty easy to get screwed as the third-party. A buyer could not pay or retract payment, they could say they haven't received your cards and blame you, or they could say you've misgraded. Even though there are ways to protect yourself, it's just not worth doing this for someone you don't trust.

Yes: Continue.
No: Maybe – if they are patient. 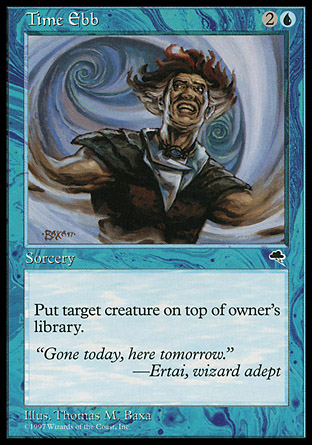 Buying on MCM is about as time-consuming as it is on TCGplayer, which means it's usually not very time-consuming. The thing you should remember is that you have some extra work to account for when you're a third-party in one of these transactions. You will grade, repack and ship cards if all goes well, but also handle issue resolution if things go badly. Particularly the latter scenario can be very time-consuming.

I also work full-time and may simply be very busy at times. This is the same reason I don't write articles on a regular basis: I just can't guarantee availability.

Step 3: Is There Sufficient Compensation? (Part 1)

Minimum wage in The Netherlands is about $10 per hour. I make considerably more in my day job. I could spend my Magic time time buying, selling and trading my own cards. In any third-party arrangement, there would have to be something in it for me.

In Sigmund's case, it's mutually beneficial because I can have cards delivered to his place and he can then bring those along with him. On the other hand, in most cases there would have to be some sort of financial compensation for the work. In fact, in the case of the arrangement with Sigmund, there is a bit of an imbalance in that I can fully arrange any purchase in the US and just have it delivered to him, while I also have to arrange the MCM purchase for him when we reverse sides – but I don't mind that much, as we're friends.

When I read about buying through a third-party on MCM, I rarely see the third-party's compensation being accounted for. In some cases, a mutually beneficial agreement between the buyer and third-party was reached, but in many cases, I've seen people do it (seemingly) for free. This, of course, sets an expectancy of people looking for a third-party to get it done cheaply or for free. If someone is asking me to be a third-party, I will definitely ask them what is in it for me – and they better have a good answer if they want me to consider it.

Step 4: Is There Sufficient Compensation? (Part 2) 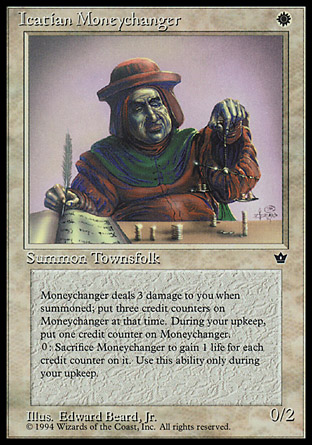 Obviously, you're wondering why this question has two parts. There are two different angles when it comes to the compensation: on one side, there's the compensation that we just covered, but on the other side, there's the time needed. These are intertwined, but often a buyer would want a set amount, while the third-party would prefer something that reflects the time spent and possibly something that reflects the size of the deal (because, after all, if I do well for you, it would be fair for you to pass some of that on to me).

The time spent on MCM purchases is highly variable. Placing the order is easy and very predictable time wise, as is receiving, grading and shipping, likely no more than 15 to 20 minutes per order. The big question mark, though, is time spent on issue resolution. First of all, issue resolution involves keeping the buyer posted on progress, and secondly involves communication with the seller. Some sellers are very pleasant to deal with and you may in total spend 15 to 30 mins to get enough of a refund to make the buyer happy. Some sellers aren't pleasant to deal with at all.

In one particular case where some "NM" cards had shuffle creases and some "English" cards were a different language, it took me more than three months to get my money back and I had to spend several frustrating hours to get to that point. Generally, things don't get this bad, but with all the communication going on and possibly needing to involve MCM support as well, it's not uncommon to have to spend an extra hour on sorting out the issues with a purchase.

I wish I could say issues are rare, but in fact they occur at alarming frequency. Misgrading is the most common issue by far and not very easily avoided: I've had clear misgrades from sellers with perfect feedback. I usually see if they have cards up with picture and check whether the grade of the card in the picture matches the described grade – surprisingly often, it doesn't. I would guess that at least 20 to 30 percent of my orders have had grading issues, which is actually an improvement over the 40- to 50-percent rate a few years ago, when the MCM grading guide was suddenly made less lenient and sellers still had cards listed under their old grade.

When considering doing a third-party buy, I will definitely consider whether the compensation accounts for all the fuss I might have to face.

Step 5: Would I Recommend This Buy?

There are sellers on MCM that I will not buy from under any circumstances because they have proven to be exceptionally unreliable. I don't care how much the buyer wants these cards, they will not get them from these sellers through me. Fortunately, there aren't too many of these, so they can usually be avoided. Beyond these, there are some sellers that I would not recommend, but if the buyer is adamant, I would go ahead at their risk. Finally, there are sellers that I don't know from experience, but for whom I am seeing some red flags – again, it's up to the buyer to make a choice.

Beyond this, a purchase can be financially unwise. Depending on who the buyer is, I may communicate some concerns in regard to this, though if they want to go ahead, that's their problem.

Step 6: Do I Prefer Them Making This Buy Over Making It Myself? 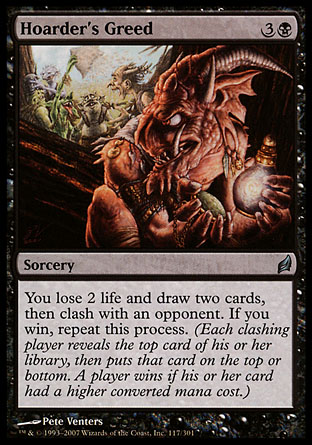 As the final step I have to consider: wouldn't I rather have this purchase go to myself? I can sell to buylists in the US too, I've got plenty contacts who I could ask to help me sell in the US, and my usual out, who is located closer to me, pays me a percentage of US prices in any case. Basically, if you can make a profit, then I could too (though it might be too much effort for my taste).

As you can see, there are many ways in which a third-party deal proposal could fail. I am yet to run into someone who offered me enough financial incentive to get beyond step four, and only a few who could offer an arrangement with other benefits that gets them through. I am surprised to see others do this regularly, as the time and effort often outweighs the compensation.

4 thoughts on “Insider: The Pros and Cons of Cross-Atlantic Arbitrage”