Greetings, Nexites. For this week's Deck of the Week segment I'm taking over from Rob, but you can expect him back in full force next week. Last weekend was an interesting one for Modern, as we saw an old fringe deck put up not one, but three finishes in high-level MTGO tournaments. I'm talking, of course, about the much maligned and polarizing Bogles. Coming more or less from out of nowhere, it put two pilots in the Top 8 of the Modern Challenge, and qualified one player for Pro Tour Rivals of Ixalan with a Top 8 berth in the MTGO Regional PTQ. 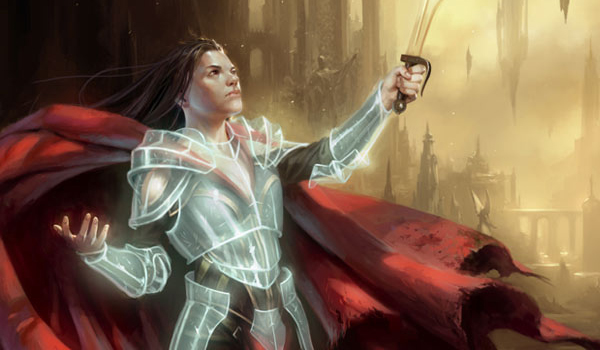 It's been a while since we've seen much of Bogles—much less multiple finishes in a single weekend—and this outcome might be a clue about the current metagame's effect on deck choice. The newer Bogles versions seem to have adopted some interesting tech, which I'm guessing is instrumental to their success. Take a look at the qualifying decklist from the Regional PTQ, which was typical of the bunch.

As a person who has been playing a lot of Gifts Storm of late, I can say this deck looks downright scary. It's absolutely packed to the brim with answers to Storm, and it seems well geared against the other consensus best deck, Death's Shadow. Unlike Humans, the other anti-Storm deck that's cropped up of late, this deck looks to have strong natural positioning against both of the top decks in the meta—not a bad place to be.

I'm no expert on the exact configuration of Bogles over the years, but there are some interesting card choices across the three builds that represent at least a partial evolution of the archetype.

Cartouche does a great job of helping ameliorate this problem, while still playing well in Bogles's core game plan. Of course, if you haven't drawn any creatures at all you're still out of luck, but the Cartouche ensures you have extra bodies to suit up to spread out damage, and acts as a natural counter to edict effects. The lists by filippidis and Elfkid only ran a one-of, but Modern Challenge finalist Dreamcrusher119 elected to go up to the full playset. I'm interested to see which of these tacks becomes the standard.

I'll be honest—when I first heard Bogles had dominated the weekend's MTGO events, I was skeptical of its staying power. But looking over these lists and thinking more carefully about how they might play against the two format boogeymen (Storm and Shadow), I'm a little heartened by its chances.

However, as with Humans from a month ago, I question if this archetype has the raw power and resiliency to compete in a large-round, open event like a Grand Prix. Remember, on Magic Online metagames are more predictable, an effect we can expect to be even more pronounced in large-scale tournaments like PTQs and Challenges. Showing up with a lower-tier deck tailored to beat specific matchups is appealing in an environment like this, but I'd caution against applying a similar tactic to GP Oklahoma City.

But then, I've been wrong before. Bogles has certainly had its proponents over the years. What are your thoughts?