Fair and unfair can prove contentious terms when it comes to deck discussion, perhaps especially in Modern. This week, I’d like to expand upon some of the ways to categorize and define decks that I initially touched upon in my articles on how to tune a deck’s mainboard flex spots and sideboard to an open meta. In these articles, I differentiated between proactive and interactive decks for the purposes of determining what strategies should be employed by the decks that fell within these categories. However, after discussing these categories in some more detail, it occurred to me that the terms I used in these articles are somewhat clumsy, leading me to think on Magic terminology generally. 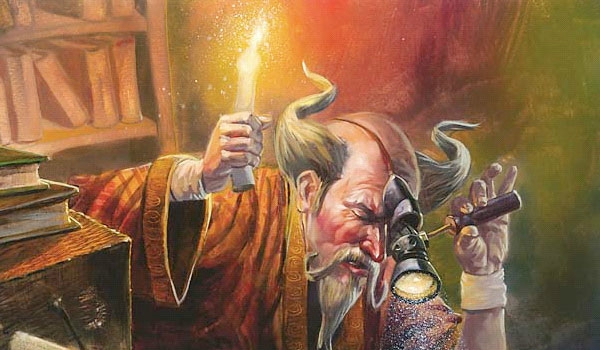 This article will define the terms fair and unfair in the context of Magic gameplay, and introduce a comparison scale using some of the more common decks in Modern as references. I will also touch upon the utility of categorizing decks in this manner.

I believe that this type of assessment has two major plusses on its ledger. The first is that improving one’s theoretical understanding of the game is a way to improve at the game itself. A glance at the ranks of professional Magic players will show this is true – many among them (notably the likes of Frank Karsten and Paulo Vitor Damo da Rosa) understand Magic at a high level, and that aids them in their play.

Second, one of the best ways to attack a given metagame is to figure out whether the decks in it share a common thread, and play cards (or sometimes an entire deck) dedicated to a strategy that they can’t handle. Take an expected field full of midrange and control decks that care about accruing card advantage. The natural counter to that sort of deck is to go over the top and play cards that are individually too powerful for midrange to handle, such as with a big-mana deck like Gx Tron. Making these sorts of calls can make the difference between showing up at an event or placing at an event.

A practical example in which tuning your deck to be more fair or unfair can be to one's benefit is when preparing a deck like Eldrazi Tron for an event. As will be discussed later on in the article, this deck is composed of a mix of fair and unfair elements. In general, it behooves Eldrazi Tron to zig when the metagame is zagging; this means leaning harder on its unfair plan when fair decks are ascendant, and doing the opposite when unfair decks are the order of the day. These sorts of decisions can make a real difference in how useful a deck's pilot finds their flex spots to be in any given tournament.

Now that we’ve gotten our purpose defined, what categories can we use to characterize decks? Fortunately, we don’t need to lay the groundwork from scratch – many terms used to describe how a deck operates are already part of the Magic players’ lexicon. For the purposes of this article, I'll be focusing on diametrically opposed terms fair and unfair. Many perspectives have been written on this topic; however, for the purposes of this article, we will use the following definitions:

Fair – A fair deck looks to operate under the base rules of Magic. These decks generally pay full price for their spells, look to win by reducing their opponent’s life total to zero, draw one card per turn, play one land per turn, and feature lands that produce one mana.

Unfair – An unfair deck circumvents these rules. Whether it be by cheating on mana, cards, or by winning in unconventional ways, unfair decks try to do things the game typically does not allow a player to do. It's readily apparent from this definition that unfair decks tend to have characteristics that many players associate with combo decks, but this relationship does not go both ways. While it is true that virtually every combo deck contains unfair elements, not every deck that contains those elements is a combo deck.

Justice for All: A Fair to Unfair Scale

Now that we know what we’re looking for, let's dive into the fair-unfair axis. we’ll set a scale of 1 to 10, where 1 is a completely unfair strategy, and 10 is a completely fair one. One thing that becomes apparent when looking at Modern’s current top decks is that very few decks truly sit at either extreme; most contain fair and unfair elements. To aid us in our categorization, we will establish ranges in which certain decks can be grouped, as summarized by the following table.

Now that our scale and ranges have been defined, we can move on to the next step, which is to define our extremes. In my opinion, the foremost example of a fair deck in this format is currently Jeskai Tempo. Here’s an example of what that deck looks like from the most recent SCG Open:

This deck generally doesn’t cheat on mana, cards, or other resources (the only semi-offender is Logic Knot, which has delve, but 2 mana is more or less the going rate for countermagic in Modern anyway). It also has no ways to win other than by reducing its opponent’s life total to 0. I give this deck a 10 on the fairness scale.

Next, let’s look at a 1. A variety of decks sprang to mind, but the one I felt best represented the playstyle was Ad Nauseam. Here’s a list that made a Top8 at a recent RPTQ:

This deck, in direct contrast to Jeskai, breaks fundamental rules of Magic left and right. It cheats on mana, cards, and other resources in order to fuel a variety of combo finishes. It has cards that outright change the circumstances in which the player loses the game, as well as multiple ways of winning the game other than reducing its opponent to 0 life.

With the ends of our scale defined, we can start looking at some decklists. We’ll begin with some of the decks that have been the most popular of late, starting with Eldrazi Tron. This list is Sam Pardee's take on the archetype, courtesy of an MTGO league.

Here’s the breakdown on how this Eldrazi Tron list falls on our scale.

Unfair Elements: Changes the rules of the game (Chalice of the Void); cheats on mana (Eldrazi Temple/Urza lands)

Sam's deck relies heavily on Eldrazi Tron's fairer aspects, indicating that he anticipated decks would attack his unfair elements. Omitting Karn in favor of cheaper Eldrazi creatures and running Mind Stone help him play in the face of land destruction.

Next, let’s take a look at the hottest new deck on the scene in 5c Humans.

Here’s how Humans stacks up, according to our scale.

Next, let’s look at one of the pillars of the format in Affinity. This list found its way to place at the aforementioned Open:

Affinity’s rating according to our scale is the following:

On to one of the format’s premier interactive decks, Grixis Shadow.

Here’s how I believe Grixis Shadow stacks up according to our scale:

Last but not least, let’s take a look at the hottest combo deck in the format: Gifts Storm. This deck took down the SCG Invitational at Roanoke:

Needless to say, a dedicated combo deck like Storm is going to trend heavily towards the unfair side of things. Here’s the way I see it:

That’s all I have for you this time around. I expect there to be some dissent regarding some of my numerical values, and perhaps some of the criteria used to decide what constitutes a fair or an unfair deck. If so, please leave any comments below – I'd be happy to discuss rationale on this topic, and to discuss the fairness or unfairness of other decks.

11 thoughts on “Careful Study: Determining the Fairness of Modern Decks”