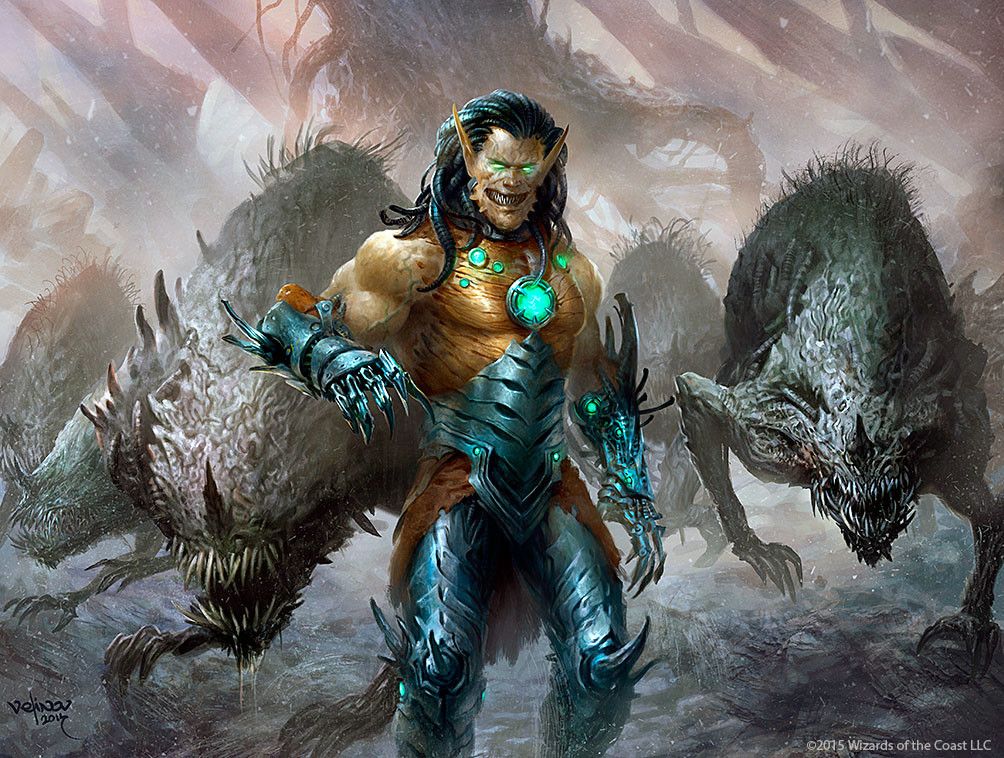 Hello, everyone and welcome to the Freaky Friday edition of the Daily Stock Watch! It's that time of the week again where I get to talk about a card that's getting some financial gains without actually making an impact in the competitive scene. My featured card for today is only available for certain formats, but one look at it and you already know what format I'm talking about. It just reached its all-time high of $4.99 as of today after starting off as a 30 cent card two years ago when it was released. 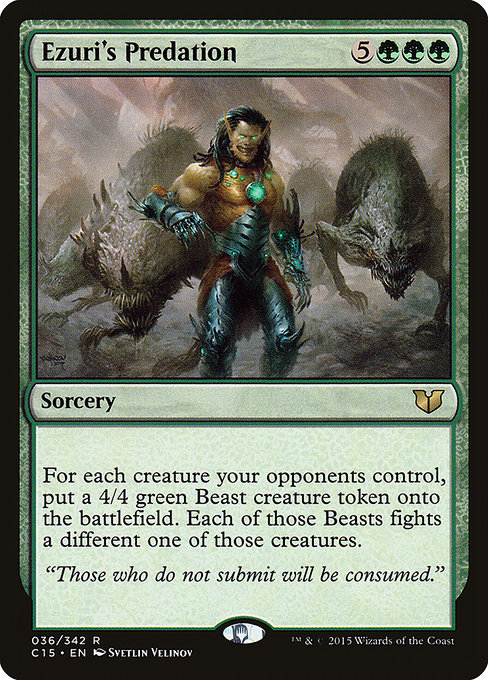 Would you be paying for a $5 card that's eight to cast and has no certainty of actually clearing the board when it's done doing what it's supposed to do? More often than not, the answer in an actual table top game of Commander is yes. There is no crazy combo out there that lets you win a game easier by using Ezuri's Predation in any possible Show and Tell and Omniscience variant, so we could easily count Legacy and Vintage out of the equation for this card. I'm still baffled how the lack of supply could just help raise a mediocre card like this to certain levels where it shouldn't. No matter how much we complain though, it's thru cards like this where we hit home runs as finance junkies. I'm pretty sure there will be more of if its kin that will enjoy financial success as the days go by. 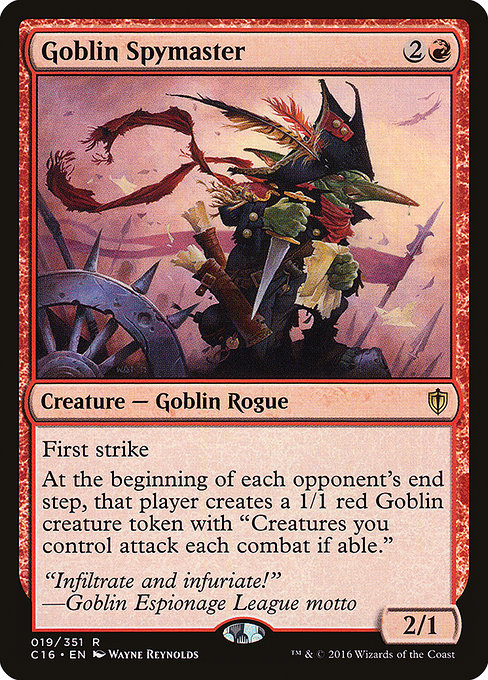 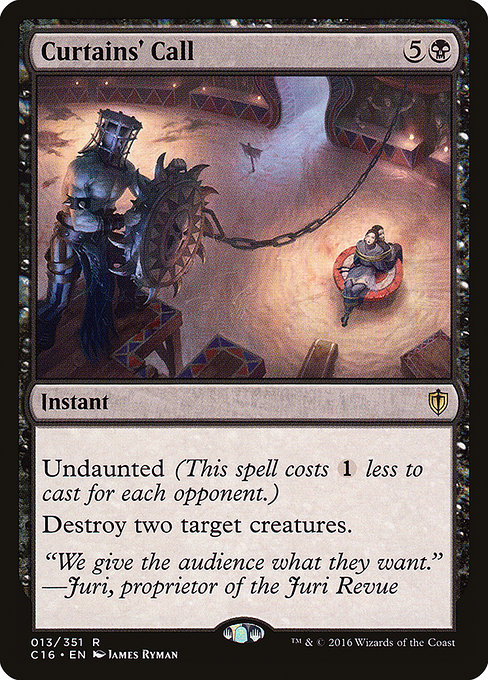 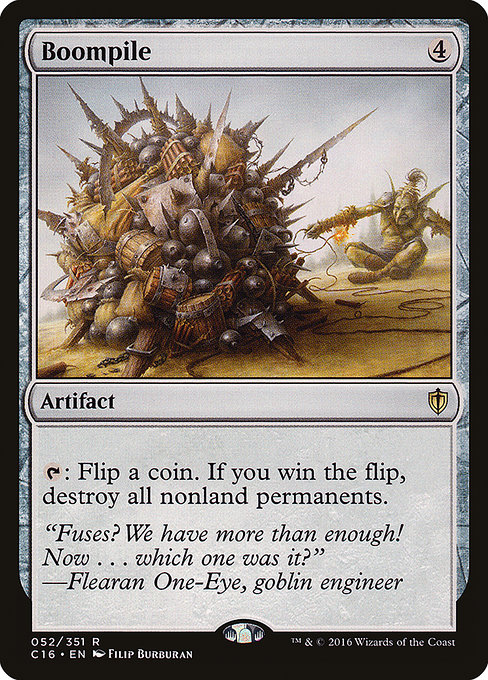 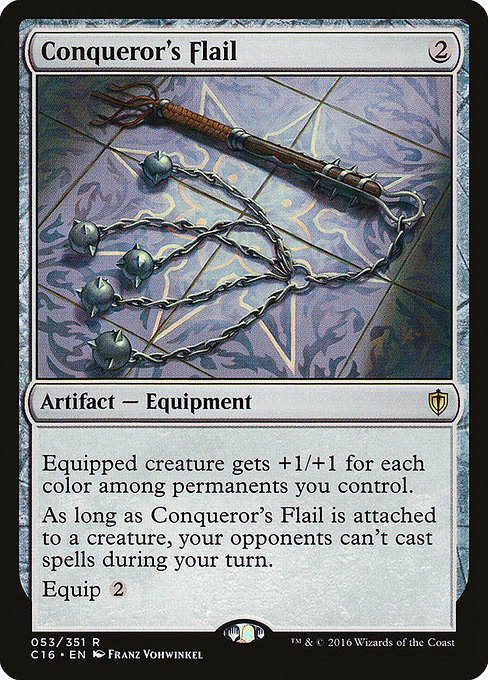 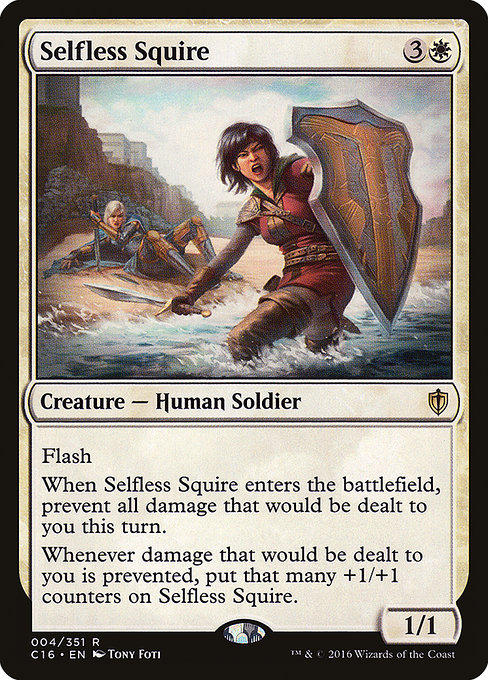 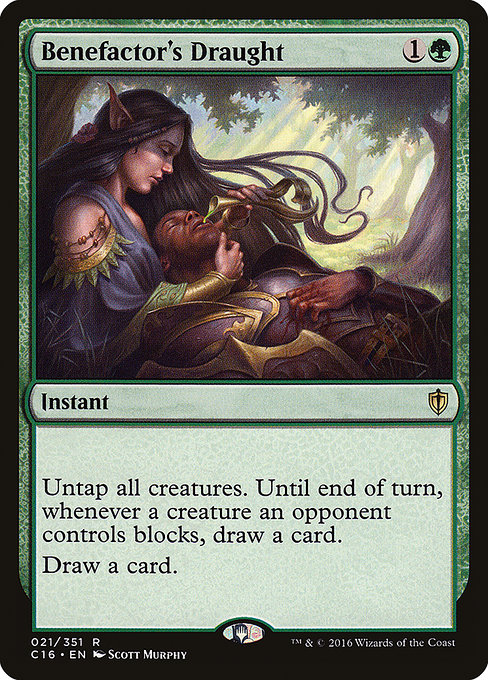 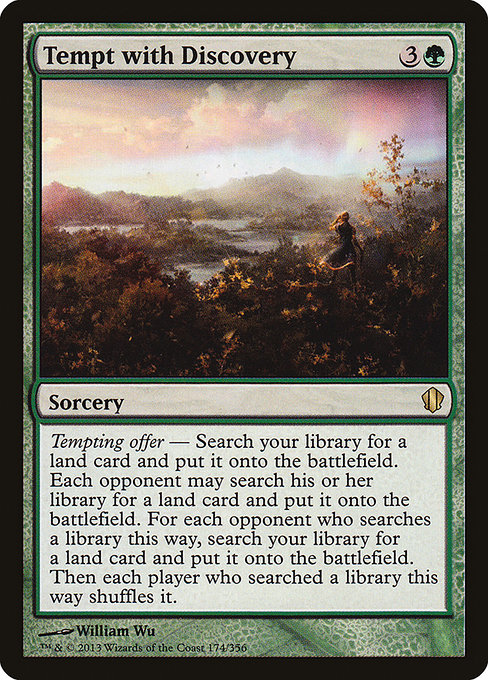 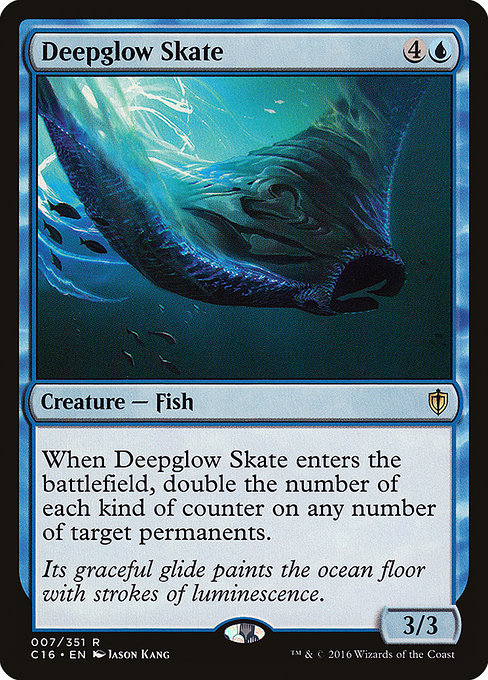 These are cards from the set Commander 2016 that have enjoyed some success since they became playable, and there should be other cards like Ezuri's Predation from this set that will also reach $3-$10 at some point in time after spending much of its existence in bulk territory. I'm starting to think that investing in those Commander sets is a good thing if you're pretty much going to just store them somewhere, and just start selling singles when some cards from the list have already spiked. Of course, this is just another option that we could explore if you're not into the idea of moving cards around every month or don't have the luxury of time to see price movements everyday.

My verdict for this card would be to sell it now while it's at its "peak". I don't think that this card is going to stay put in this range no matter how much it will be bought out, even though green is a popular color in Commander. Sure, there are players who are not into competitive Commander multiplayer games who would be interested in buying this, but I don't think that there is enough out there in the market to help this card demand such a price. Don't be discouraged if the card spikes a little more from this point on as this will be short lived and we'll have that proven in a few months time. Be smart enough to stray away from cards like this as spec targets. They are dangerously volatile even though they are low priced targets.

At the moment, you could get Ezuri's Predation from Card Kingdom for $2.99, while a few vendors at TCGPlayer still has it for as low as $0.92 but it's already at a median price of $6.23. StarCityGames is out of stock and should restock soon at a higher price that will trigger more price spikes once all online stores run out of this card. It should be safe to sell now if someone's buying it at $6 or more, as this card won't be useful. There are no foil copies of this card so it's safe to assume that this could pop out in any supplemental product as well in the near future. Cash out early while you can!