I haven’t been hitting many homeruns lately when it comes to speculation. I didn’t get in on Surgical Extraction before the card suddenly doubled, even though there was opportunity to do so. I didn’t speculate on Mox Amber like most QS Insiders. And I’m not sitting on a pile of Fetch Lands as they tick higher on Modern Horizons speculation.

You know what, though? That’s perfectly fine. In fact, I’m having an incredible start to 2019 when it comes to MTG finance. Not only am I perfectly content in the value I’m grinding with my current strategy, I’m also extremely happy with the risk/reward profile associated with this approach. The time commitment and effort requirement are to my liking as well, and this is most crucial to me.

My strategy isn’t all that unique—but I do remain disciplined and stick to it. I’m doing my very best to focus on the parts of MTG finance I enjoy most while preserving capital and avoiding headaches. Do you also wish you didn’t have to sink so much time into MTG finance? This week I’ll delve into three rules I adhere to and how they help me save precious time while maximizing value.

Rule 1: Stick to What You Know

Famous author Malcolm Gladwell wrote extensively about the 10,000 rule in his book Outliers. The premise is simple: dedicate 10,000 hours of your life to practicing something and you can become an expert at it (I’m simplifying a bit here to remain concise).

While I don’t expect anyone to dedicate this much time of their life to Magic finance, I believe there’s a continuum at play here—it’s not all or nothing. That is, if you spend more and more time on an aspect of Magic, you’ll get better at it.

We all engage in Magic a bit differently. Some people enjoy countless games of Commander with a group of friends; some prefer the tournament grind, battling Standard week in and week out; some prefer to collect every card from desirable sets. However you engage, most of us participate in the hobby beyond simply buying and selling cards. We view Magic as both a good-to-profit-from and a beloved, collectible hobby.

Therefore, if you want to spend less time on MTG finance but still maximize profits your best bet is to stick to what you know. You’re likely already spending hours and hours appreciating a certain aspect of the game, so why try to educate yourself on other aspects?

If Commander is your favorite format, you’re far better off using that experience to grind value from Commander speculation—pursuing something completely different, such as Standard or Old School, would require more time and education. Sure, you could do it. But why bother? There’s so much money to be made in Commander, so it’s not like you’re going to find a shortage of spec opportunities. 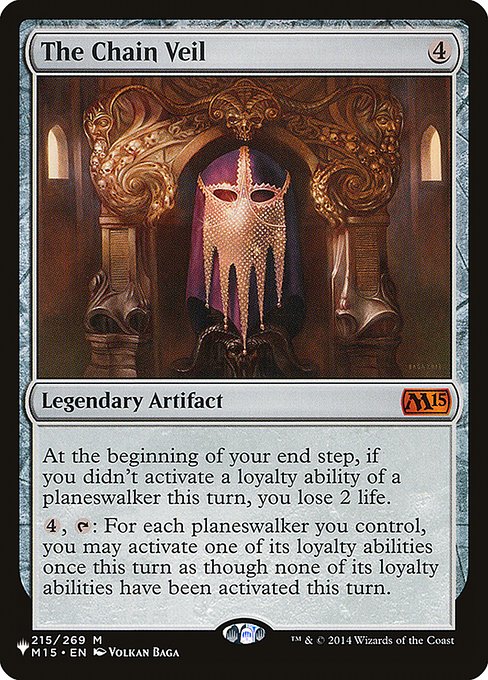 By adhering to this strategy, you’re leveraging the hundreds or thousands of hours you’re already putting into the hobby. Building off that foundation will increase your success rate because you’ll already be familiar with what works and what doesn’t work within your sphere of expertise. Only minimal incremental research will be required, and your experience will give you the leg up in that you’ll know what cards work and don’t work within your niche.

This is a corollary to rule number 1, but merits its own focus. You can choose to prioritize the area of Magic that you already spend most of your time with, but this alone may not be sufficient if you wish to spend less time on the hobby. Not only do you need to stick to what you know—you also need to deliberately ignore the noise.

For me, this can be quite difficult. As a personal example, consider a purchase I made recently: a playset of Scrying Sheets. 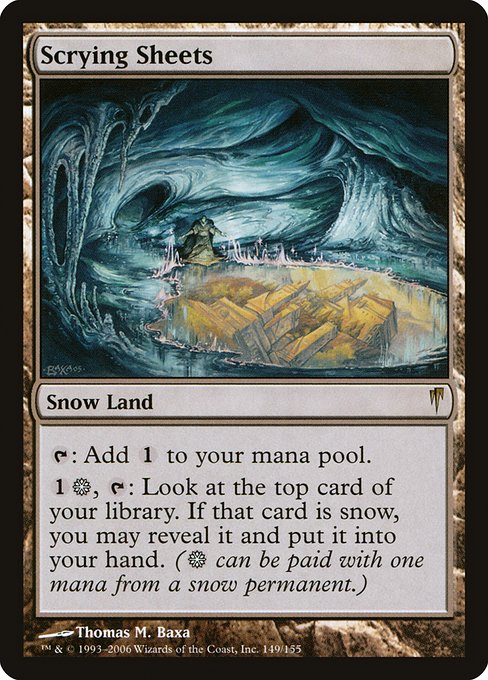 Sitting here with these cards in hand, I don’t necessarily have any regrets. The threat of reprint is very small and these should gradually climb higher. The right breakout in Modern (with or without reprints) could trigger these to spike very high given their singular printing in Coldsnap.

But that’s not the point. The point is, this is going to be a distraction. After doing some research to ensure I was getting the best-priced copies I could, I now have to follow Modern Horizons spoilers closely to see if there is any allusion to snow. Then I’ll have to figure out the best way to sell these speculative cards.

My purchase deviates from my traditional Old School and buylist arbitrage focus. Granted, one purchase is minimal and should not cause too much disruption. That may be perfectly fine. But if I let myself be distracted over and over again on numerous speculative opportunities outside my area of expertise, I may become overwhelmed. If I want to spend less time on Magic finance, chasing after every rumor and spoiler would be a hindrance.

This is why I try my best to ignore the noise. Between planeswalker mania, Modern Horizons rumors, upcoming Legacy and Modern events, Standard metagame evolution, and Banned & Restricted anticipation, the noise can be overwhelming. These are all time sinks and most lie outside my area of expertise, meaning I may be incurring more risk when speculating. My best bet is to stick to what I know, with perhaps only a rare, strategic move on the news of the day.

Mathematically speaking, one easy way to spend less time on MTG finance is to perform fewer transactions. Does this mean you have to buy fewer cards and speculate less frequently? Not necessarily. By leveraging buylists, you can sell a larger group of cards at once in whatever quantities the vendor is willing to take.

The strategy may seem suboptimal, and depending on the cards you’re trying to sell it could be. It may rely on the types of cards you’re looking to sell; some cards buylist more easily and profitably than others. It may also rely on vendor, as certain vendors pay more aggressively on a particular category of cards.

This ties right back to leveraging your expertise—I know that Card Kingdom pays very well on played Arabian Nights, Antiquities, and Legends cards. They also pay aggressively on Legacy staples at the moment. So I know to leverage their buylist for these categories of cards.

If I have Alpha/Beta/Unlimited cards I need to flip, ABU Games is the preferred vendor. Their store credit numbers are unbeatable. Lately, I’ve been buying cards from Magic’s first three sets on TCGplayer or from private sellers, shipping them to ABU Games for credit, using that credit to acquire decently priced Legacy and Modern staples, and selling these staples either to Card Kingdom or on Twitter. In fact, this practice has been absorbing nearly 100% of my Magic time. 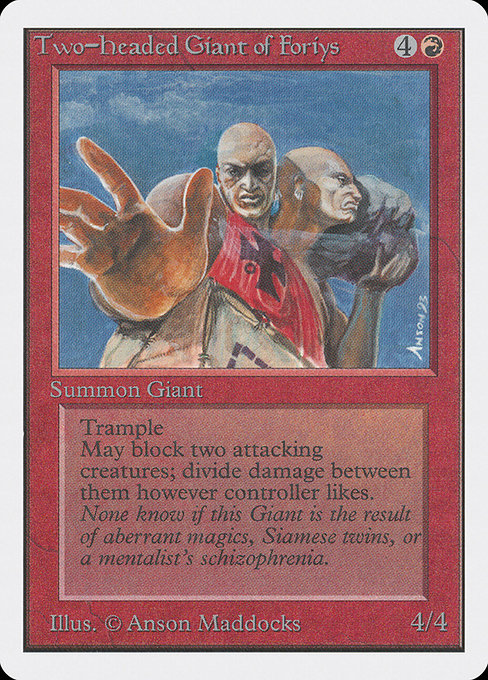 Because I’ve developed some expertise with these older sets and their corresponding buylists, I’ve been able to grind value by repeating this strategy time and again. It takes a little time to research deals and buylists, but I’m already doing this because I enjoy it. I might as well leverage the knowledge!

It’s easy to be swept away by all the buzz of Magic finance these days. With social media constantly bombarding us with news and content, it can become a major time sink to try and keep up with everything. If you find you’re spending way too much time on Magic finance, I have three rules to adhere to that can help.

First, stick to what you know: the more you engage with a particular skill the better you become at it. If you want to spend less time learning and researching, then focus on the areas that already interest you. You can leverage your current knowledge base and you’ll possibly have more fun researching additional, finance-related data.

Second, as a corollary to the first, ignore the noise. Sometimes I find myself experiencing fear of missing out (FOMO) when I see a certain Standard card or Commander foil spike. I remind myself then that I don’t have to swing at every pitch. If there’s a bucket of cards that are spiking but they hold no interest for me, or if I don’t understand the catalyst for their movement, I do my best to ignore them. You may not be able to do this 100% of the time, but accepting the fact that you won’t catch every spike can be a great first step in focusing your time. 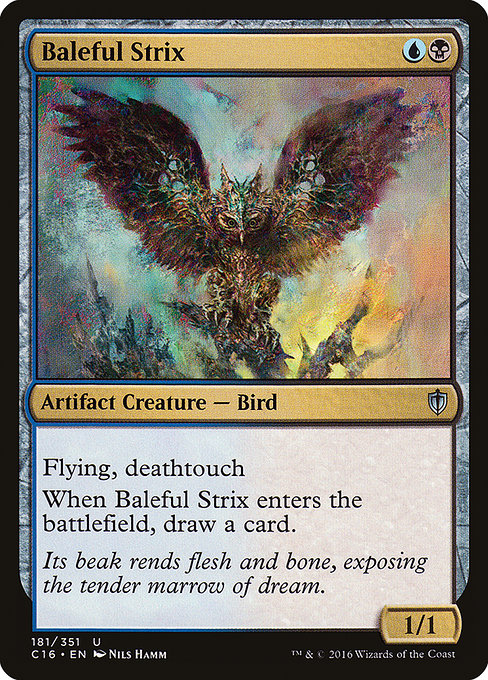 Lastly, leverage vendor buylists. As you get comfortable selling to the major vendors, you’ll start to learn which shops pay best on which categories of cards. Find your niche and you’ll be saving loads of time before you know it. Selling a stack of 13 Commander cards one at a time can be tedious and time-consuming. Shipping that stack all at once to a vendor for store credit saves on time while also giving you decent return. Consider this trade-off next time you choose to cash in on a spec.

At the end of the day, we’re all busy with life. I have two kids at home, so my time is particularly limited. I have found that engaging with Magic finance using Old School cards (less volatility, cards that interest me most) and buylists (fewer transactions) has been both enjoyable and a time-saver. If you find yourself strapped for time, hopefully these tips will help you reduce distractions and stay focused on the part of Magic you enjoy the most.