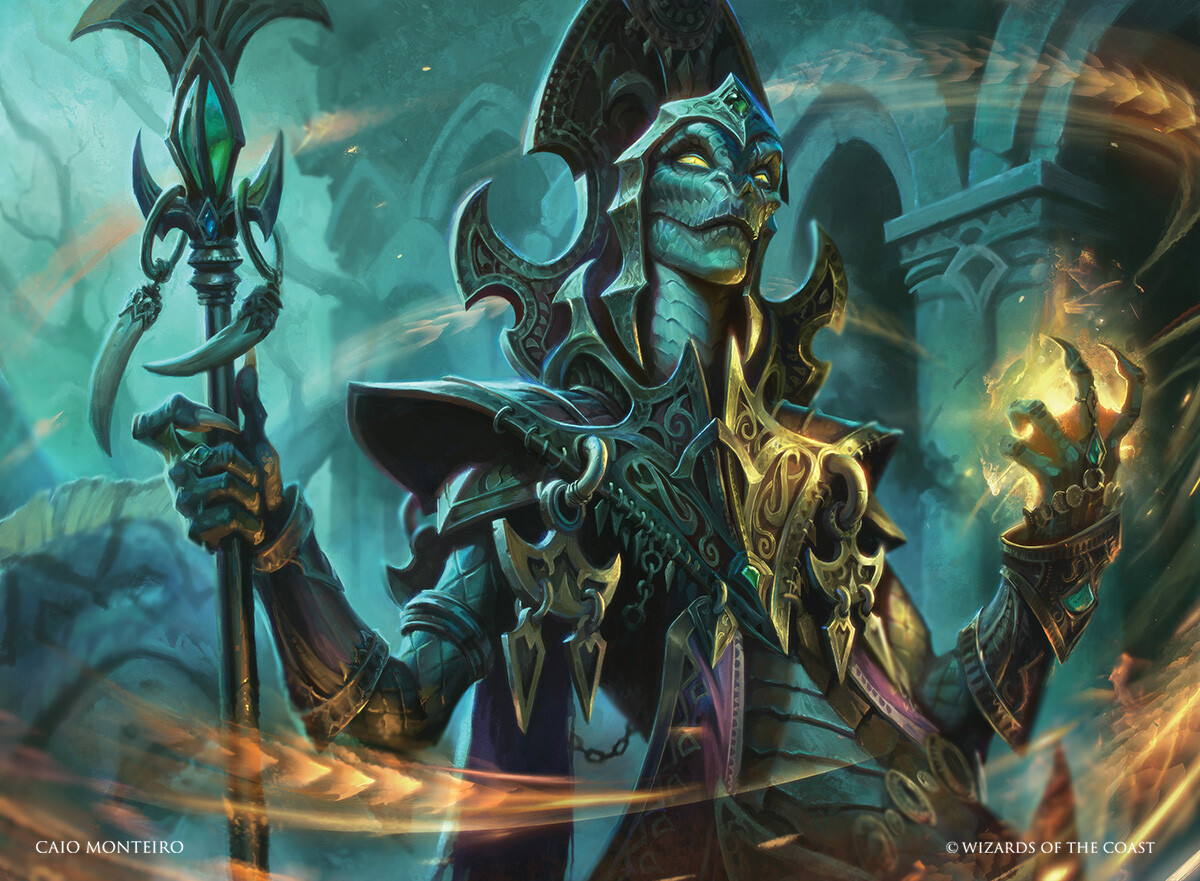 Commander 2019 comes in the wake of one of the busiest seasons in Magic finance I can remember. This spring was defined by a rapid succession of new releases, starting with the extremely popular War of the Spark, followed by the format-shattering Modern Horizons, and then Core Set 2020.

Each of these releases has brought about what feels like an unprecedented amount of speculation around the new cards, and Commander 2019 has brought it to a zenith. An early leak of information on the set’s themes was just enough tinder to spark a wildfire of speculation around them, leading to rises in a variety of cards around morph, flashback, populate, and madness.

I’ve been following the market closely this year looking for opportunities, so I joined in the action and snapped up a bunch of cheap copies of these cards when they began spiking. I positioned myself with a stack of Dream Chisel and Catalyst Stone, but I was unable to actually move any of my copies. It became clear that the market was filled with other speculators racing to the bottom, and both retail and buylist prices were going stagnant.

Every day I checked to see if buylists prices improved or if TCGplayer prices increased, but there were no real options besides moving at maybe break-even. I ended up moving a small number of Dream Chisel to ABU’s buylist for a small profit in-store credit when their price increased, but otherwise, I sat with the rest and even had more arrive in the mail from previous orders.

Then the official spoiler season for Commander 2019 season started, and decklists started being revealed in their entirety. Suddenly the veil was being lifted, and with perfect information on deck contents, there was nothing holding the market back. The morph deck was first to be spoiled, and upon its reveal, there was a spike in numerous morph-themed cards not included such as Dream Chisel and Ixidor, Reality Sculptor.

Each of these were obvious targets that saw a spike when C19 themes were first leaked, but the potential for reprint in the decks helped keep them in check. The confirmation they would not be reprinted combined with hype and excitement for deckbuilding opportunities spiked the prices. Not from speculation, but from real player demand for those looking to add these cards to their morph builds.

I sold a steady stream of Dream Chisel one-by-one all week until I ran out, presumably to Commander players. I also sold numerous Catalyst Stone the same way, though at a slower pace reflecting the theme’s lesser popularity.

Determine Who is Buying, Speculators or Players

One big takeaway for me is the knowledge of how the market behaved in regards to this information, first to the set’s theme leak and later to the full decklists. This set was special because of the leak, but every set is going to offer pieces of actionable information that will influence the market, whether revealed officially or not. Whenever prices start to move, consider who is moving them (speculators or players) and what that means for their price trajectory.

When I bought in, I just knew that I had found a cheap price lower than the current spiked price and was going to make a profit somehow, but I did not have a clear exit plan. When they arrived in the mail and I wasn’t able to sell any or find any good opportunities, I sort of panicked and then I immediately seized the first decent buylist opportunity that popped up.

Luckily, this was capped to eight copies or I would likely have sold my entire stock. I should have foreseen that speculators would drive prices down and that the real opportunity from these cards would come later, once the sets were spoiled. 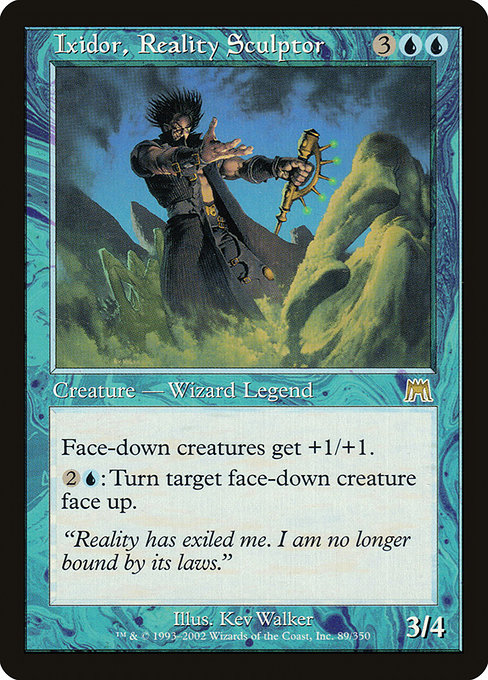 Even now the hype is still building towards release, with Dream Chisel still slowly increasing in price and Ixidor, Reality Sculptor now seeing a third spike to almost $18.  Unlike the initial spike, this time it's not speculators buying these cards, it's players who want them for their decks. It’s possible these cards could keep increasing still, and I’ll be paying close attention to see what exactly happens to them and other cards so I have a better idea of what to expect during the next release. 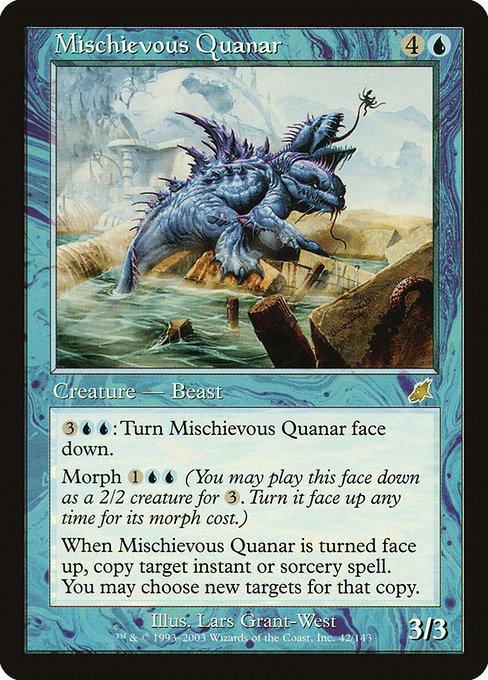 For example, this week saw a spike in Mischievous Quanar, which until now hadn’t budged. These sort of late-comer spikes are more likely to be from players naturally buying-in as they learn it plays well in the deck, either organically or perhaps from being popularized by someone in the community or going around on social media.

I suspect these sort of spikes will hold. It’s a theory that I’ve placed a wager on by buying a few dozen copies of the card at about $1 each. I checked buylist prices and found I could turn the near-mint copies into $0.98 in trade at CardKingdom, which even if it doesn’t hold is a sign my spec should have low downside.

Explore Every Option to Out Specs

I haven’t thought too hard about my plan to out them, and will likely buylist them all because they are too cheap to bother selling individually unless they spike even higher. One buylist option I will explore that I’ve recently become accustomed to is the TCGplayer buylist builder. I hadn’t previously sold to it, but now I’m a believer and think it’s a great way to complement Trader Tools.

TCGplayer allows individual stores to buy cards on the platform much like they sell cards, and it leads to a competitive and dynamic buylist. I’ve been able to find some strong offers on old specs that I otherwise wasn’t able to profitably move, and after my first experience went smoothly I’ve now sent in a second order.

I originally assumed I would be paid in-store credit, and that’s an option, but it turns out you can take that same amount in cash, paid directly to your bank just like if you sold cards on the platform.

At this point, we can expect a Commander product every year, and each will offer its own opportunities. These same lessons should also be applicable to any release, and with both the Magic player base and people playing the market higher than ever before and continuing to grow, the opportunities and the stakes continue to grow.