Magic releases have come rapid-fire over the past few months, and with War of the Spark, Modern Horizons, and even Core Set 2020 making an impact in every Eternal format and being great for Commander, prices are moving. As if all this wasn’t enough, we just started the spoiler season for Commander 2019, and there has already been speculation around what tidbits we know of Throne of Eldraine this fall.

Attention is limited, and as a consequence, it’s easy to miss other trends occurring below the surface with the entirety of the rest of the market. There are some trends I’ve noticed that have nothing to do with these new sets and could present some alternative spec opportunities. Because these trends seem unrelated to recent releases and the trends du jour, in theory, these should be relatively safe and stable specs for the long term. 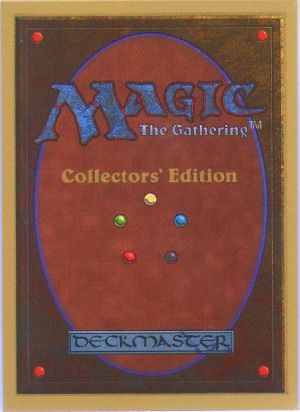 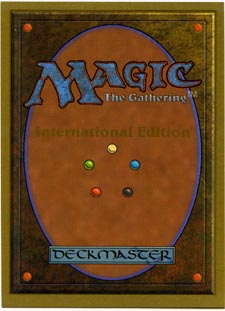 One example is Collector’s Edition (and the International Edition version) cards, specifically the highest-end cards like the Power Nine. This week the news that these cards would be legal in unsanctioned Old School events at Grand Prix Vegas made it into the news cycle. It’s actually old news as these have been legal in CFB’s Old School events for some time, but the renewed attention combined with MagicFest Vegas looming could drive demand. There’s some indication it already has, with Collector’s Edition Mox Jet showing up on CardKingdom’s hotlist this week.

Collector’s Edition cards seem to be good budget options for the Power Nine or other expensive cards like dual lands. They are an option for anyone who wants to play with them casually, increasingly so if they are being supported at higher-profile unsanctioned events. They are also desirable for the collectors they were designed for - those that want to own a piece of Magic’s history (at a discount). I don’t expect these are due for any major spikes in price, but they seem like a solid long-term spec. 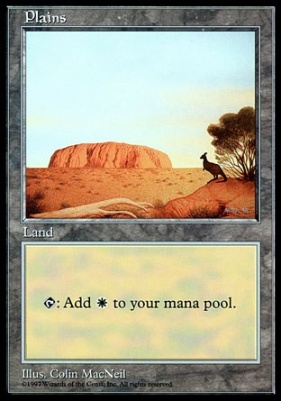 I’m always checking price movements of cards, and one category I’ve noticed moving over the past few weeks is promo lands. Examples include the various APAC lands,  Arena lands, and even the Guru lands. Basic lands seem like one of the safest and most stable specs available, simply because they transcend formats and metagames, rotations and bannings. They are the basic building blocks of the game, and I think most everyone has felt the urge to play with lands they think look cool.

I don’t think you can really go wrong with any of them, because as time goes on and Magic continues on its current trajectory of growth, demand for these will continue to increase and the supply will slowly dry up, which is what I imagine we are seeing with things like these promos now. Another good option is Alpha and Beta lands, which have seen sustained growth for years.

Anyone following Magic daily price movements recently may have seen massive spikes on cards from Portal Three Kingdoms. If you do a little digging, you can see these movements aren’t necessarily real, as some of these cards have so few copies for sale to begin with. A few sales or small-scale buyouts can leave only the overpriced copies behind, making it look like the price is far higher than it should be. Still, this is a real sign that these cards are being bought, most at lower prices, yes, but demand is there.

With so few copies in circulation and some of the coolest flavor in Magic, these should have a strong future.

The rares, many of which are legendaries with Commander applications, seem like the best targets. Everything down to the commons could potentially be valuable, see Forest Bear actually spiking to $39.99 with TCGplayer showing a copy sold at that price, and a current buylist price of $25 in credit at CardKingdom. I especially like buying in on the lands, which have unique artwork and a cool factor.

I also believe some of the stigmas against white borders are fading. I’ve even encountered competitive players that prefer them because of their ease of identification while using fetchlands and other tutor effects.

An obscure piece of Magic history is Vanguard, a play variant utilizing special side cards (almost like Commander) that gave you special abilities. I was never exposed to them in paper, but they were a ton of fun to play on Magic Online. I’ve long imagined that they could one day become desirable because of the nostalgia and cool factor, and now I’m starting to see movement on them in price lists.

On one hand, they are bulky oversized cards that are competitively useless, but with unique art depicting some of the most iconic characters in Magic, I suspect there is something to them.

Beyond the collecting factor, I can even imagine people trying to make a format around them for the fun factor. I imagine the biggest driver of demand would be if Wizards ever happened to ever revisit the Vanguard idea. Not likely, but always a possibility.

The classes of cards I covered today have been moving not because of recent releases or new spoilers, but for another reason entirely. This movement seems to be a sign of general health and strength in the overall Magic market. They say a rising tide lifts all ships, and I believe the many high-impact releases of 2019 have brought a vigor that has spilled over to the wider market.

I also believe the effect of Magic Arena can not be understated, and that the increase in the player base it's bringing about is being reflected in these price increases. Magic has experienced an unprecedented amount of time in the broader media, specifically the financial press due to the massive success of Hasbro - much on the back of Magic Arena.

With Wall Street showing such confidence in Hasbro and in turn Magic, it seems like a great time to be betting on Magic, and I believe specs like the ones I shared today do just that.