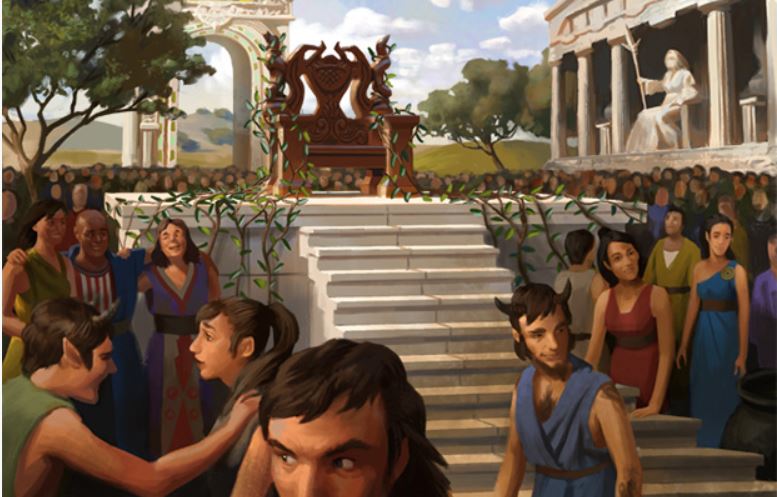 We’re moving into week three of the COVID-19 pandemic, and it is wreaking havoc throughout the country. Jobless claims were in the low 200,000’s for weeks; then, last week, the number jumped to 3.28 million (that’s 3,280,000)! The highest level ever by a gigantic margin. 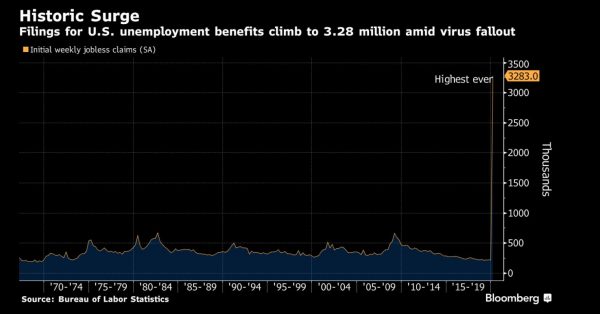 Reverberations of the impact will be felt in every industry. In response, politicians passed a $2 trillion relief bill in an effort to help Americans through this tumultuous time (that number is more intimidating when you write it out: $2,000,000,000,000).

The goal of this week’s article isn’t to comment on the political happenings in Washington. Nor is it to dwell on the disease and its impacts on the economy as a whole. Instead, because this is a Magic website, this week’s article will examine how large Magic vendors are being impacted. How are vendors responding to recent shut-downs? Are there any major online retailers still doing business? These are the questions I’ll be answering this week!

The Impact of the Lockdown

As a safety measure, many states are shutting down non-essential businesses in an attempt to enforce a level of social distancing. I live in Ohio, which is one of the states taking this measure. 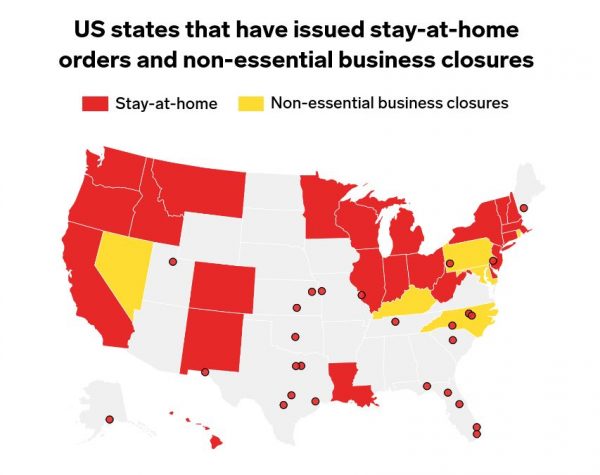 Some of the country’s largest online Magic vendors are in states that have also declared a stay-at-home order.

Card Kingdom is in Washington, and is temporarily pausing fulfillment operations at their warehouse. Orders placed from their site will now have to wait until at least April 9th, 2020 for shipment. They’re still operating their buylist, but I wonder how long they can afford to take cards in and not ship any out?

Another impacted vendor is ABU Games, located in Boise, Idaho. Idaho also recently issued a stay-at-home order, and ABU Games’ operation suddenly became disrupted. They posted the below image to their Facebook page: 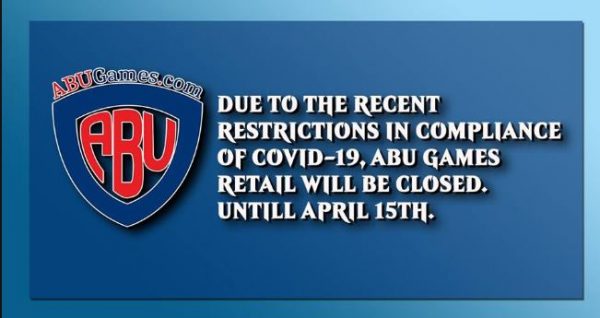 ABU Games had posted the image above to their website’s homepage as well, but within 24 hours it was gone. The Facebook page adds that they will try to operate to the extent they can, and will try to fill orders where possible. I’m not exactly sure how they’ll manage, but I can confirm that they graded my recent trade-in order just before the shutdown. I used the credit to purchase a Beta Icy Manipulator and they shipped the card the next day. So at least someone is still trying to maintain a flow of operations during this lockdown period. 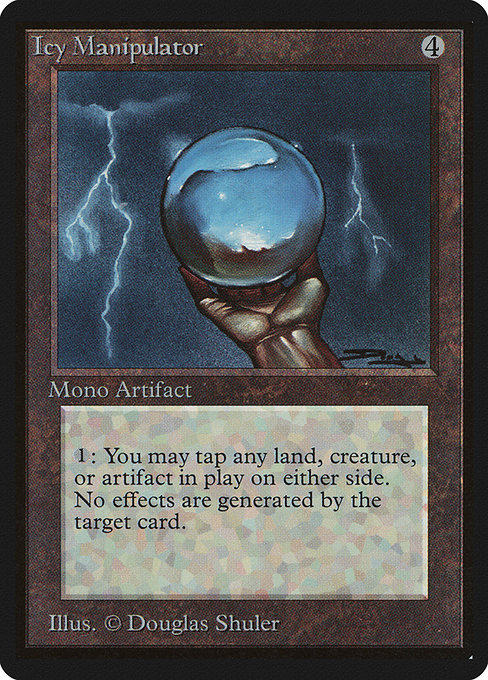 California is a state where COVID-19 hit harder, so it also issued a stay-at-home order. That means California-based ChannelFireball has also been forced to suspend warehouse operations. Their homepage explains their warehouse is temporarily closed, and orders will not ship until they re-open (but when will that be?). They’re still accepting buylists, but only paying in-store credit at the moment. They’re also offering store credit for sale in an attempt to drive at least some cash flow during this shutdown.

The state with the most cases in the country is currently New York. To keep everyone safe, TCGPlayer Direct has also been suspended to protect employees and family in Syracuse. The marketplace remains open, so individual sellers and small-scale operations can still sell cards on TCGPlayer. But pausing TCGPlayer Direct is a major hit to the website.

The last vendor I’ll mention is Face to Face Games, based in Toronto, Ontario, Canada. Their warehouse is also temporarily closed, and they optimistically predict their operations will resume on April 13th. They’re still accepting and processing buylist orders.

It’s interesting to read headlines from around the world, about countries that are locking down. Italy and France, for example, have decreed nation-wide, stay-at-home orders. In the United States, it appears that power is left to the discretion of the state-level leaders.

As a result, some Magic shops appear to be functioning as normal, at least for the time being. Perhaps the largest still-operational vendor is Star City Games, located in Roanoke, VA. That state still has no stay-at-home order, so Star City’s warehouse can still remain open for business. On top of selling on their website, they are also using the same playbook that ABU Games references, by selling tougher-to-move singles on eBay.

They appear to list their items as auctions with a higher starting bid. I assume if a card doesn’t sell, they re-list it with a lower price like ABU Games does. Though, I have noticed that SCG’s eBay listings appear to be cards in nicer condition, and their starting prices are more attractive. So maybe they sell most their cards on the first try. Keep an eye on these listings if you’re in the market for some collectible cards—you just may snag a great deal during this time of turmoil!

Speaking of ABU Games, I already mentioned how they’re in a state with a stay-at-home order. However, they are still doing some level of order fulfillment. They also are still listing cards on eBay, so someone has to pack the cards up to ship. I don’t think buyers on eBay would be as understanding if their purchases sat in a warehouse for weeks before shipping.

Another large vendor still in business is CoolStuffInc, headquartered in Florida. According to the map, some areas of Florida appear to have stay-at-home orders in place, but not the entire state. This could be why CoolStuffInc is still allowed to operate their warehouse. They don’t get Old School stock often, but when they do, their heavily played prices can be very attractive.

There are surely other major vendors still open for business that I’m overlooking. I tried to reference websites I most frequently visit; this was not meant as a slight to any vendor I overlooked. The intent here is to drive awareness of how businesses are navigating this environment.

Perhaps other shops such as 95MTG, Jupiter Games, Dave & Adam’s Card World, etc. are still in business (I know D&A is, I get emails from them constantly). It really does depend on where the vendors are located.

In this environment with weakening card prices, I remain a marginal net seller. I’m not looking to move any significant portion of my collection. Instead, I’m merely keeping an eye on the Old School Discord and letting a card go here or there if someone is actively looking for something I have.

So far, I haven’t made any purchases over the past couple weeks. It’s possible I will reverse course on this strategy in the near future, however. As I mentioned above, Star City Games and ABU Games are aggressively selling Old School cards on eBay. Eventually, as prices drift downward, there may be a deal or two that becomes too attractive to pass up.

My first inclination will be to shop for cards that I could flip to buylists for arbitrage. As buylists decay, however, this may not be a viable strategy. In that case, I’ll try to acquire cards that are selling for well-below recently sold listings using whatever data I can find. With any luck, I’ll be able to flip a couple buys for modest profit. Worst case, I’ll add some nice components to my collection to replace the ones I have been selling lately. 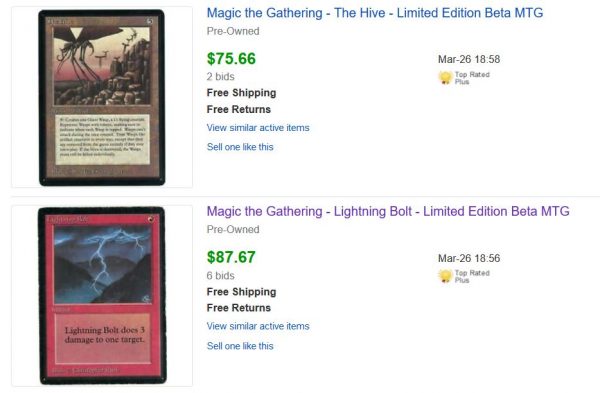 These would have been nice to pick up, for example. I’m sure there are many other situations where older cards are selling at underappreciated prices. I hope to take advantage of these deals while the opportunity is there.

We’re living in unprecedented times. Jobless claims are at an all-time high, U.S. treasury yields are cratering, and stock market volatility is at historic levels. It’s impossible for the Magic card market to isolate itself from COVID-19.

I tried to summarize some of the dire measures taken out of necessity by many major vendors. Warehouses are closing across the country as leaders make state-wide stay-at-home decrees. Card Kingdom, TCGPlayer, ChannelFireball, and ABU Games have already been directly impacted. Other vendors are likely impacted in other ways in order to enforce social distancing.

For the vendors who are closed, the best thing you can do to show support is to make purchases from their site—either singles that won’t ship for a while or, better yet, gift certificates for future use. If you’d prefer to support vendors currently open and trying to weather this storm, look to Star City Games and CoolStuffInc as two decent options. eBay is also a great way to shop for deals; with some major vendors selling on the site, you can bid confidently knowing you’ll receive top-notch customer service.

That’s all I can offer at the moment. The last thing I’ll leave you with is an unrelated comment: I just recently started exploring online Magic play out of desperation for an at-home activity. This is a way to engage with the hobby while so many traditional means are currently unavailable. If you haven’t tried yet, I’d highly recommend it.

I’ve been using my laptop’s built-in camera to play casual Magic with a friend of mine who lives a few hours away. And, against all odds, I actually signed up for Arena. I’m still new to the game, but if anyone wants to battle feel free to send me a friend request: sigfig8#11478. Just go easy on me!