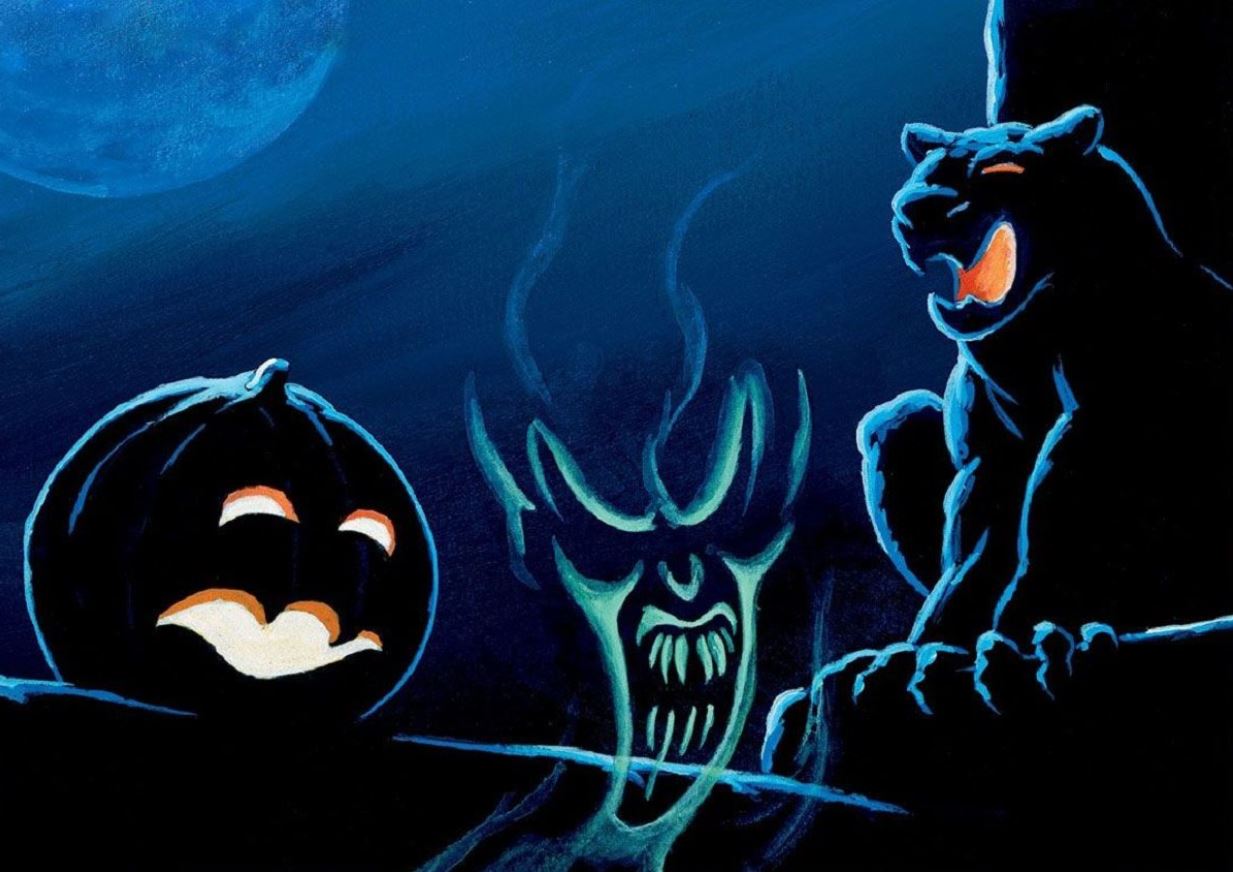 One group of cards I had purposefully been ignoring, however, is the Italian printing of Legends. Ignoring, that is, until now.

I sit here and witness Legends buyouts day in and day out. It seems this set is getting hit particularly hard by the speculators and market manipulators. Bartel Runeaxe, Boris Devilboon, North Star, Livonya Silone, and Lady Caleria have all been hit hard, causing a doubling of price on TCGplayer. 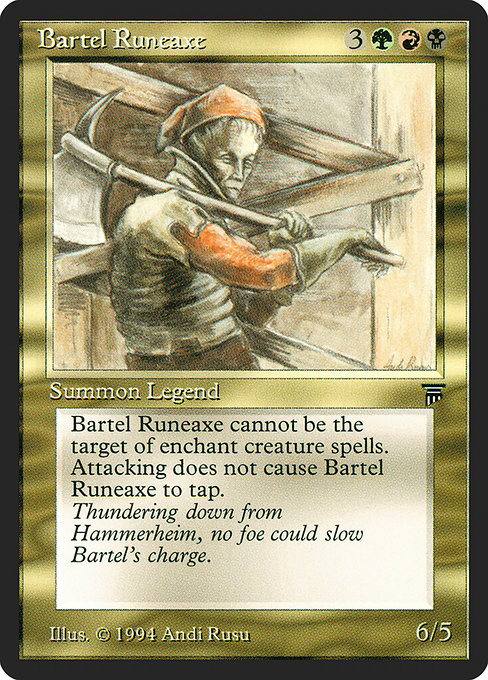 Of course, these price increases only reflect English copies. Are Italian copies following suit? Are they worth a second look? This week I’m diving in—some data may surprise you!

What we do know, without a doubt, are two key features of Italian Legends. Firstly, the Italian versions of Legends cards have much more vibrant colors in their artwork compared to English. Take a look at the comparison below—it’s readily noticeable. 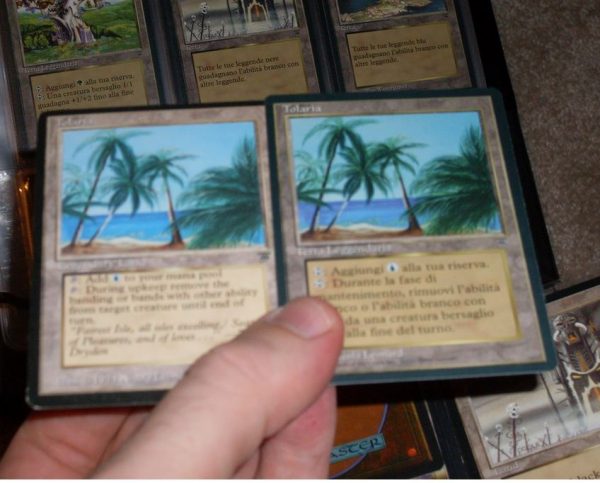 The two languages were printed on different presses, hence the difference in print quality. Personally, I like the darker printing better—it reminds me of the difference between Unlimited and Revised Dual Lands. But I digress. (Aside: Notice how the Italian printing uses the newer version of the tap symbol…this is evidence that the Italian set came out later than the English version).

The other widely accepted fact about Italian Legends is that, despite the more vibrant print quality, they’re far less desirable than their English counterparts. Just look at that price differential! 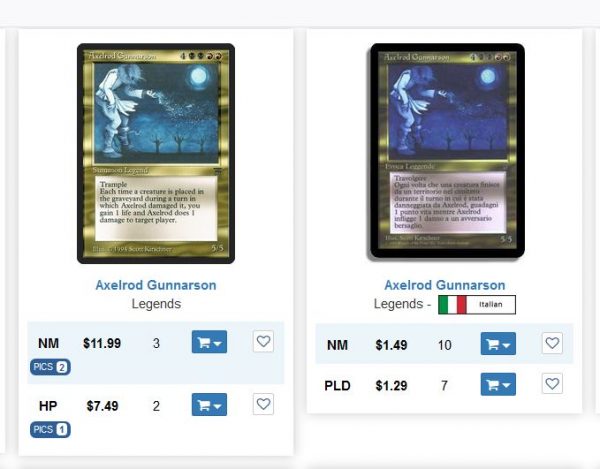 This begs the question: now that so many English Legends cards are disappearing from the market, at least temporarily, are Italian copies worth looking at?

It’s difficult to trend pricing on Italian Legends. The usual price tracking websites don’t take them into consideration, and disparate price charting isn’t available. The best resource I can use, therefore, is eBay’s completed listings. Let’s start with a card that really soared in price over the past few weeks: Gwendlyn Di Corci. 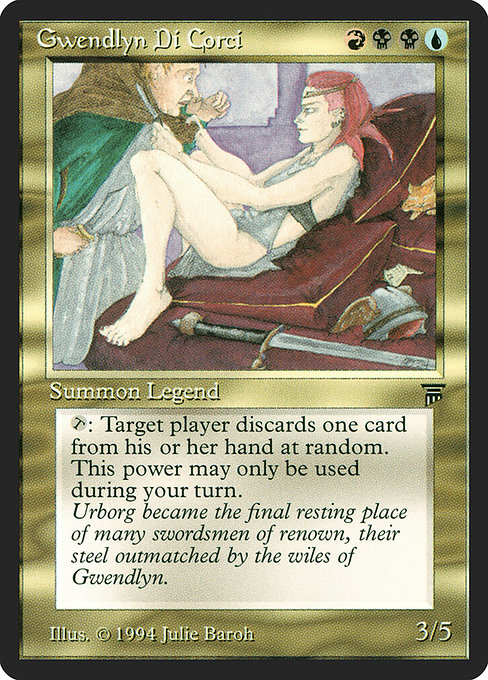 On TCGplayer, the cheapest English copy is $224.99 for heavily played. The cheapest Italian copy is moderately played and about one-third the price, $75.69. But how does that compare to a few weeks ago?

There are only a few sold listings for Italian Legends copies on eBay, and the price range is very wide. Back in June, a near mint copy of the card sold for $55.97 plus shipping. In July, copies sold for between $50 and $70. In early August, pricing was consistent with July. But then after the buyout occurred, look at what happened! 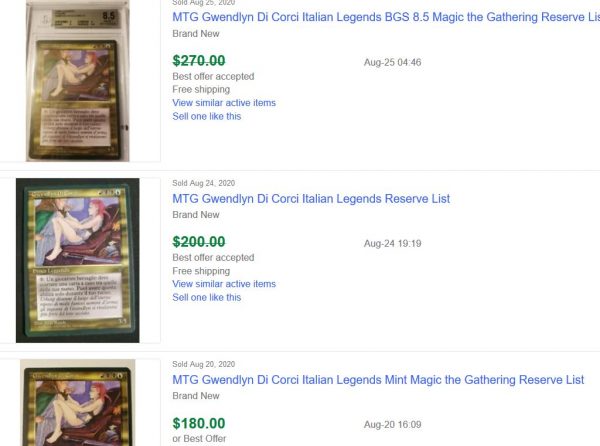 It looks like FOMO took hold of some folks, and Italian copies were bought up greedily along with their English counterparts. I honestly didn’t look these up before starting to write this article, so I had no idea Italian copies sold for around $200 during the buyout! No copies have sold on eBay since August 26th. This is probably because the cheapest copy listed by a U.S. seller is still $180, more than double that on TCGplayer.

Let’s look at one more example: Acid Rain. This was bought out a couple weeks ago as well. The cheapest English copy on TCGplayer is $75.88 and the cheapest Italian copy is $19.69. Again, this is nearly a 3x multiplier.

One interesting thing to point out is the price differential between Italian and English Legends for a card that hasn’t been bought out / spiked (yet?). For example, take a look at Eureka on TCGplayer. The cheapest Italian copy is $220.99 and the cheapest English copy is $304.99. This is evidence that, when a buyout occurs, people flock to the English copies specifically. Italian copies tend to be overlooked, driving the multiplier between English and Italian to the stratosphere.

Based on the data above, it looks like people tend to overlook Italian copies during a buyout. Sure, a few copies may sell at buyout pricing that week, but the Italian market is largely overlooked. That said, it does appear Italian Legends cards do appreciate a little bit in price and there's a chance of catching a sale during peak buyout hype.

Therefore, if you’re looking for certain cards from Legends and get frustrated by a buyout, you could look to Italian copies as a budget alternative. They are far cheaper, still offer some modest price appreciation, and have a nicer aesthetic due to the darker printing. I usually avoid buying foreign cards, but even I am getting tempted by the discounted, Italian versions of Legends cards as English prices skyrocket.

This begs the question: how should I shop for Italian Legends cards? Well, we’ve already seen a significant price discrepancy between eBay and TCGplayer when it comes to Legends cards that were bought out. So right off the bat, I’d recommend TCGplayer over eBay.

But I have an even better idea! I’d recommend shopping at ABUGames. Yes, you read that correctly! I believe the best deals are available at the large online vendor.

For example, consider All Hallow's Eve. 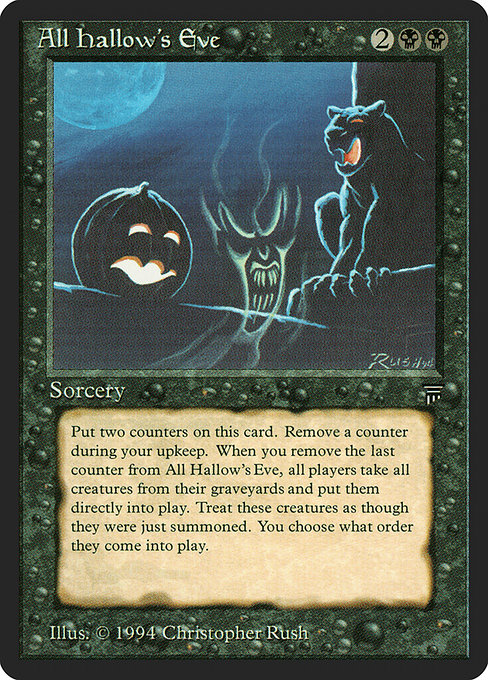 These have been selling in the $90 range on eBay lately. The cheapest Italian copy on TCGplayer is heavily played and $94 plus shipping. ABUGames has 4 played copies in stock for $86.09. Not only is that slightly below market price, but you can also acquire them using their inflated store credit! And ABUGames recently upped some of their buy prices on some of the Reserved List cards that were bought out. So you can flip your now-overpriced English Reserved List cards for discounted Italian Legends cards. It’s not a bad way to cash out.

How about our friend Bartel Runeaxe, which was aggressively purchased over the weekend. The cheapest Italian copy on TCGplayer is now $8 or so. ABUGames has “MINT” copies at $6.29 and played copies for just $2.99! That’s not a bad discount!

Now, not all Italian Legends cards at ABUGames are steals, so make sure you do some research before pulling the trigger. ABUGames has a “MINT” Italian Angus Mackenzie for $129.39. Even with inflated store credit, that doesn’t seem like a great deal compared to the $87.99 near mint copy on TCGplayer. With these exceptions aside, there are definitely some deals to be found at ABUGames.

To be completely honest, I used to avoid Italian Legends cards. Personally, I like being able to read my cards even if I already know what they do. But the recent buyout activity of English copies of some of my favorite cards has caused me to reevaluate my priorities. If I want to own more copies of a Legends card, I am starting to glance at Italian options as a way to avoid paying the new, overheated prices.

Luckily, there are some attractive options out there. eBay doesn’t seem to offer as much for buyers (though I may try my luck at selling there), but TCGplayer pricing is attractive when compared to the spiked English counterparts. My favorite option, though, is ABUGames. I still find they offer inflated trade-in credit numbers on some Reserved List and Alpha/Beta cards, and trading into reasonably priced Italian Legends cards could be a way of cashing out and trading up.

For example, I just traded ABUGames a played Golgothian Sylex, Season of the Witch, Abu Ja'far, and a couple dollar cards to pick up a played Italian All Hallow's Eve. That wouldn’t have been possible two months ago, before the Reserved List buyouts happened. But now this kind of deal is possible and I’d recommend considering it.

One final disclaimer here: Italian Legends cards, despite their arguably improved aesthetic, do not sell as easily. Expect them to be less liquid and sell more slowly than their English counterparts. As long as you don’t mind the wait—or if you’re looking for cards to keep for a while in your collection/decks—then I recommend Italian Legends as an attractive, budget-friendly alternative during the buyout craze of 2020.

One thought on “Italian Legends: A Worthwhile Consideration”