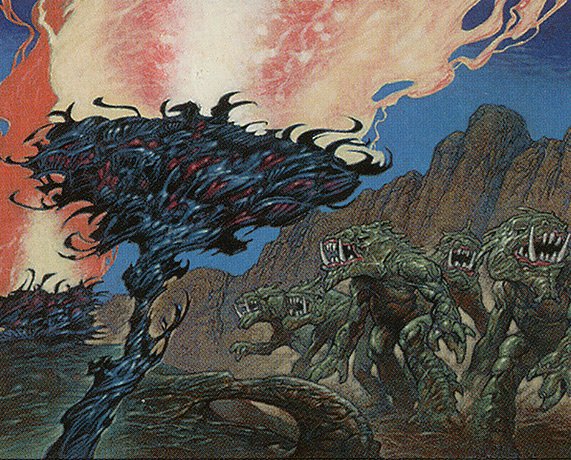 About five years ago I culled a major portion of my Magic collection. Playing Magic for nearly 30 years adds up to a lot of cards. I had tens of thousands, if not 100k cards in my collection, and it was getting cumbersome to live and move with. Weeding through the collection, I stumbled across a large number of draft leftovers from Invasion block. Some were from throwback drafts done by my local game store in recent years before the prices of sealed product climbed out of control. The majority though were leftover from when I'd been drafting Invasion two decades ago.

Invasion block was the first block where I learned how to draft. It was not the first block where I got any good at drafting, that didn't happen until much later. Since then, I've always had a soft spot for the format, and over the years I've drafted it at every opportunity. As the prices of sealed Invasion block boosters top $40-$60 per pack and become more and more scarce, the chances of experiencing this limited format as it was intended are rapidly dwindling. As I weeded through 30 years of bulk rares and draft leftovers, a wave of nostalgia struck when I hit that clump of Invasion cards. Why not build an Invasion block cube? I thought to myself. Better yet, why not make it a Set Cube?

For those unfamiliar, the Cube format is a singleton draft format composed of a curated list of cards. If you've played Magic Online or Magic Arena, you're likely already familiar with the Cube format. Building a cube is a great way to take cards sitting in your collection and find a new use for them. The Cube format has a ton of variety built-in, as the themes and cards included are all up to the individual curating it. Check out cubecobra.com for examples and ideas for curating your own cube. A Set Cube is a particular variation on the normal singleton Cube format.

Setting up the Cube

Instead of being a singleton format, a Set Cube mimics the experience of drafting an actual set or block from Magic's past. To achieve this, it contains three to four of every common, two of every uncommon, and one of every rare card found in the chosen format. For Invasion block, the cube consists of cards from the Invasion, Planeshift, and Apocalypse sets. In a normal cube, cards are shuffled randomly into 15-card faux booster packs regardless of rarity. In a Set Cube, the cards are separated by rarity and sorted into packs following the normal rarity distribution of sealed booster packs. For Invasion block boosters, this distribution is 11 commons, three uncommons, and one rare per pack. For those curious, there were no Mythics back when Invasion block was printed, and no basic land slot in booster packs. Those changes didn't happen until Shards of Alara, eight years later.

A large, but incomplete mix of commons, uncommons, and a smattering of rares from my bulk collection formed the basis of my Invasion block cube. I added cards to the box over the next several years as I made trades and bought old Magic collections. It wasn't until January of 2021 that I got serious about completing the cube as a pandemic project, for whenever we returned to playing Magic in person.

to complete the cube I built a spreadsheet of all the cards in Invasion block, separated by set, by color, and alphabetized. Then I organized the boxes of bulk Invasion cards I'd accumulated over the years. I removed all the duplicates in excess of our target numbers and kept only cards in LP or better condition. This gave me roughly a third of the cards needed to finish the cube. At this point, I had an important decision to make before I sent the updated spreadsheet to friends.

From the start of this project, I made a conscious decision to include every common and uncommon printed in Invasion block in the cube. While I was open to cutting cards that people would never play, I wanted to start with pretty much everything and whittle down from there, with five exceptions:

The Leech cycle in Invasion are five of the worst rares ever committed to cardboard, by any standard. Are there worse cards? Sure. But either way, these are not the kind of cards you want in your cube if you want your friends to enjoy playing it. I made the call not to include these in the cube and removed them from the list.

The Value of Invasion Block

The average price of Invasion block cards is a little over $1. A handful of Invasion block cards though have prices ranging from $10 - $70. These are mostly popular Commander cards like Phyrexian Altar, Diabolic Intent, and Elvish Champion. To put the cube together, I either needed to cough up some cash or do some serious trading to get my hands on these cards. 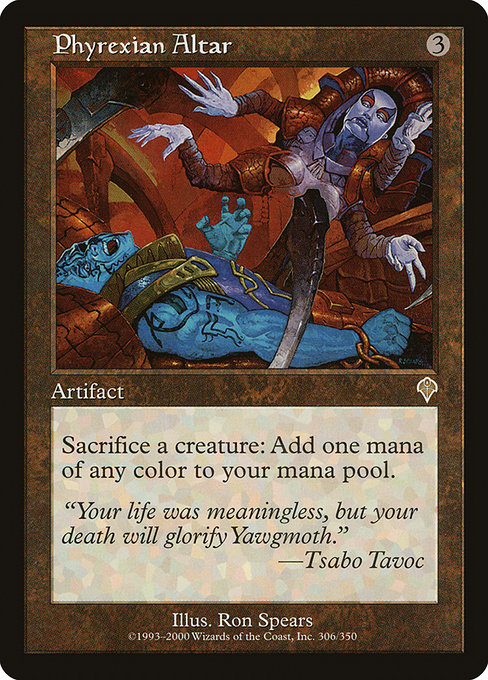 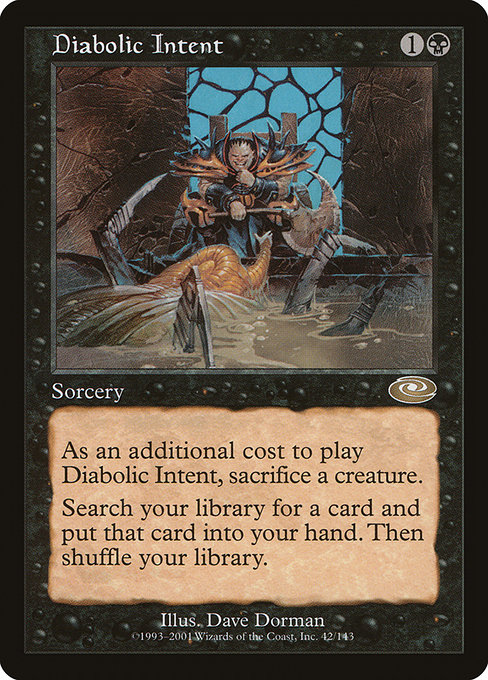 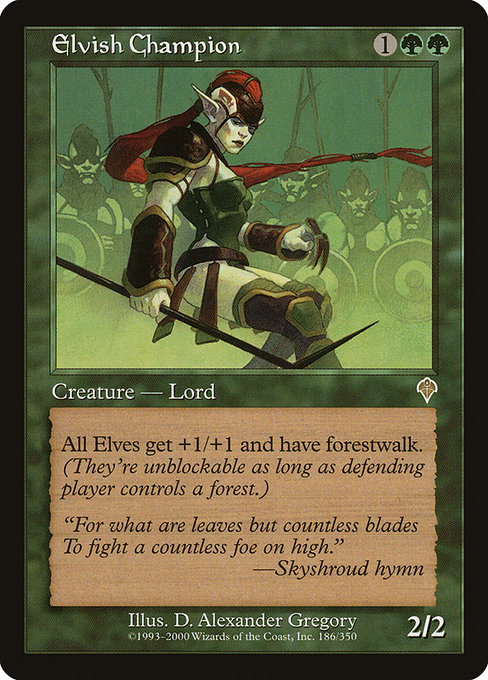 I sent my spreadsheet out to everyone who said they might have cards I needed and then assembled a trade binder of excess cards in my collection. This included Commander and eternal staples, fetch lands, shock lands, and a variety of other cards. I organized the binder by price, with higher dollar cards towards the front, and the rest in descending value. I kept the minimum price in the binder to $1 and above, with more than half the binder at $5 and up. My goal was to turn the cards in the binder into cards for the cube as quickly as possible. The most direct way to do this was to trade down.

With the average price of Invasion block cards being a little over $1, in most cases, I was trading down higher value cards for cards to add to the cube. Trading down is a great strategy to employ when trying to collect a large volume of lower-value cards. It's nice to be able to turn one card in your trade binder into multiple cards you're looking for, and it is usually equally rewarding for the player trading up. Be mindful that trading down does not mean trading a $20 card for a $2 card. It means trading a $20 card for 20 $1 cards, or 10 $2 cards. It doesn't have to be exactly even to the cent, it just needs to be close enough that both parties are agreeable to the deal. When making trades, always be willing to trade down or up if the deal makes sense, and both you and the other party are happy with the end result. In my case, not only did I acquire cards to complete the cube, but I hooked up several friends with cards they needed, and I was happy to do so.

Closing Deals and Buying the Difference

I traded with about a dozen friends to acquire most of the cards I needed. Their willingness to dig through their own bulk collections to come up with the cards on my list went a long way towards completing the cube. With those deals done, there were about 300 cards remaining to acquire. I bought all but three of those remaining cards from my local game store and found the other three on TCGplayer.

Building this cube not only found a use for hundreds of cards sitting in my collection, but it also gave me the impetus to trade away a number of cards I'd otherwise still be sitting on. I don't imagine that I'll ever have the opportunity to crack sealed boosters of Invasion to draft again, short of Wizards releasing an official Invasion Remastered set. With the Invasion block cube, I will be able to relive that experience over and over.

Have you built a cube before? What are your favorite cube themes? Your favorite limited format? Let me know in the comments or on Twitter. Extra special thanks to all my friends who helped make this possible, and to everyone at my local game store, Tabletop Gaming Center in Newington, CT. Now, who wants to draft?