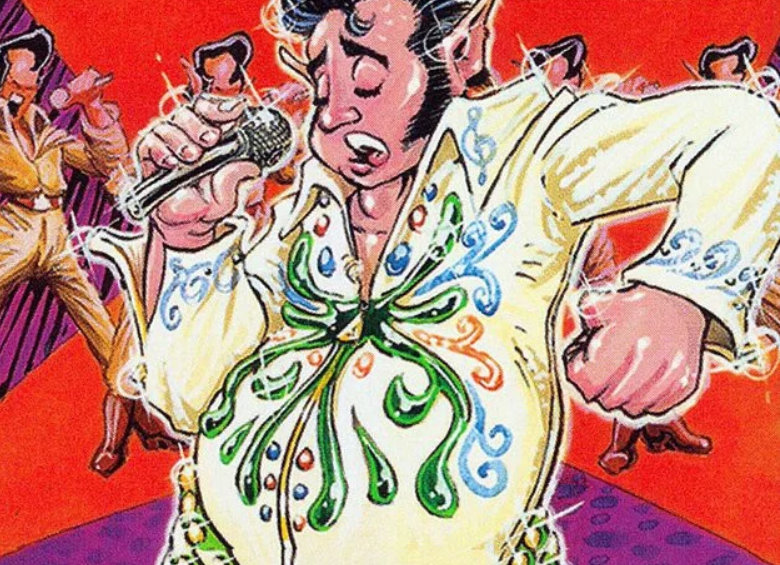 Inspiration for this week’s article came from a Facebook chat with Magic collector Philipp Shary. While I prefer Twitter (@sigfig8), I’m always eager to engage with folks in the community to talk all things Magic and Magic Finance.

“When is the best time to buy a collectible, Reserved List / Old School card?”

In traditional cheeky response, the best answer to this question is “yesterday.” While there’s your typical week-to-week and month-to-month variation, these classic cards have done nothing but appreciate over the past decade. The most iconic have been increasing in price for even longer—Black Lotus’s steady incline can basically be traced back towards the game’s inception.

In terms of investment returns, there is very little that rivals iconic Magic cards.

How long can this trend really last? If a played Unlimited Black Lotus climbed from $100 to $10,000+ over the course of nearly 3 decades, does that mean we should expect another two orders of magnitude—$1,000,000—by 2050? I don’t think so. I suspect things will flatten and perhaps even reverse by then.

What’s my supporting data for such a prediction? I’m not so sure I have compelling evidence, but I can start with a comparison to the King of Rock and Roll himself.

Elvis Presley, deemed the “King of Rock and Roll,” was a popular singer, actor, personality, etc. throughout the 1950’s, 1960’s, and into the early 1970’s before his unfortunate death in 1977. He is by far one of the most iconic people of the 20th century. He’s got all sorts of records and awards from his musical career, and he was even posthumously awarded the Presidential Medal of Freedom back in 2018.

In other words, this man was and still is a legend.

For years after his death, fans and collectors cherished (i.e. highly valued) all sorts of Elvis memorabilia. Ticket stubs, posters, signatures, worn clothes, pens, records, cuff links… you name it, if it is associated with Elvis Presley, it could be worth good money. A quick search on eBay reveals dozens of sold items worth over $1000.

While it’s true these items still hold significant value—the Elvis Presley estate brought in roughly $1.5 million of memorabilia sales in 2019—collectors have observed the value of their items dropping over the past decade. As recently as 2017, memorabilia sales were more than double, at near $4 million. What gives?

A strong hypothesis is that the die hard fans of Elvis are aging, and with that their interest may be fading. Or in an extreme case, people with collections of memorabilia are passing away and their items are flooding the market. Since Elvis was most popular about 60 years ago, those with nostalgia for the singer are going to be aging in step. The new generations have only heard of Elvis—many may not even be able to name a single song he recorded.

With a lack of interest from younger generations, the luster of Elvis collectibles has started to fade.

Magic’s Place in the Timeline

This paints a dire picture for Magic fans. Eventually, the players and collectors with the greatest nostalgia for old Magic sets will age in similar fashion to Elvis fans. Fortunately, Magic is 20-30 years behind Elvis. So while die hard Elvis collectors are probably in their 60’s and 70’s, the super-collectors of Magic are still in their 30’s and 40’s (I myself am a thirty-something). In this age range, we’re still raising kids, teaching them the joys of Magic, and re-living our childhood by slinging spells first created in 1993 and 1994.

For this reason, Magic as an investment should still have at least 20 more years of health, before collectors decide to liquidate their collections en masse. What’s more, Magic is far from dead. You could argue the game is still in its peak, receiving significant attention from players, collectors, investors, and Hasbro shareholders. With this kind of attention, it’s not likely the game will be going away any time soon.

This means there’s a chance for newer generations to engage in the game and develop a bond with it. So while today’s thirty-somethings and forty-somethings are heavy collectors, there’s hope that a similar sense of nostalgia will reach players in their twenties about ten years from now. Only, their nostalgia may be for original Mirrodin and Champions of Kamigawa, rather than Arabian Nights and Revised. 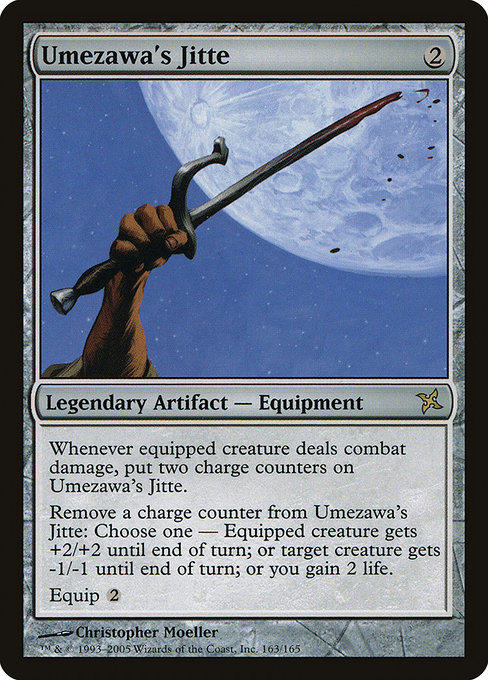 I don’t think this means the older stuff will fade away altogether—it may just receive less focus.

There are other factors to keep in mind when attempting to extrapolate Magic card values years away from now.

First, there’s the overall health of the game. Magic is thriving today as players continue to feel hype with each new set release—Kamigawa: Neon Dynasty is no exception. As long as the game remains popular and the player base robust in size, the collectability of the game’s older cards will remain a worthwhile financial endeavor. Given the now 29-year history of the game, I don’t think it would suddenly die overnight, either. Chances are we the players will see the writing on the wall well before the game’s eventual death. As of today, I see no such signs.

Second, we need to consider the broader economy. The last couple years led to significant price appreciation in many asset classes, including Magic, cryptocurrency, stocks, and other collectibles. But nothing moves up in a straight line forever. We have already begun to see some cracks in America’s economy as inflation rears its ugly head, forcing the Fed to react with raising rates. This will act like a wet blanket on the market, and it could lead to some softness in Magic prices. It wouldn’t be the first time Magic prices took a pause and pulled back in price.

From 2018 to 2020 there was a significant pullback in card prices after notching all-time highs in June 2018. It wasn’t until about February of 2021 before prices started seeing new records (depending on the card). We’ve even been in a consolidation phase for the past few months as prices bounce around without significant moves (with some exceptions). If we see a large drop in stock prices and cryptocurrency prices, it could have a short-term impact on Magic prices too. From there, it’s difficult to predict when everything will rebound, though I have to believe it all will rebound eventually.

Third, there’s the simple fact that card prices just can’t go up forever. Eventually, things have to level out, almost like an asymptote. Where that asymptote lies on the scale is difficult for me to predict. But I think it’s safe to say Unlimited Black Lotuses will never reach $1,000,000 in my lifetime (probably not ever). Some of the rarest, most collectible pieces of artwork never reach that level, so why would an Unlimited rare with over 10,000 copies in circulation? I just don’t see it.

If we embrace this theory, then prices must peak eventually. They may not peak and then sell off drastically, but they could peak and then drift sideways for years, with a slow and steady decay as the collector population ages. Are Old School players going to be so focused on their Erhnam and Burn-em and “The Deck” decks into their 60’s? Perhaps by then, they'll have other priorities in life, though it’s difficult to say for sure.

All these factors introduce uncertainty. With this uncertainty in mind, I’m creating a plan. It’s not fully cooked, so I’m not ready to share it just yet. But, with the end goal of raising funds from Magic to fund my two children’s college educations, I recognize that I have a timeline to work against. I will absolutely need to have most of my collection sold in the next 10-ish years.

What I haven’t figured out yet is the best way to sell everything. Should I find a large vendor looking for a significant boost in Old School inventory, and sell it to them at once? I don’t love that idea because it likely implies taking a hit on value. The most cost-effective approach would probably be to sell it all, gradually, a couple cards at a time. If I’m going to do that, however, I almost need to start now; an example, hypothetical cash-out target date of 2030 doesn’t leave me as much time as you’d think to sell this whole collection piece by piece.

As I compare Magic to Elvis, my confidence in card price stability remains strong. While it could offer some foreshadowing for what may happen to card prices twenty years from now, the player base with maximum Magic nostalgia is still young enough to remain engaged in the hobby. This “Suspicious Mind” sees plenty of “Shake, Rattle, and Roll” left in Old School prices—at least for the next decade!