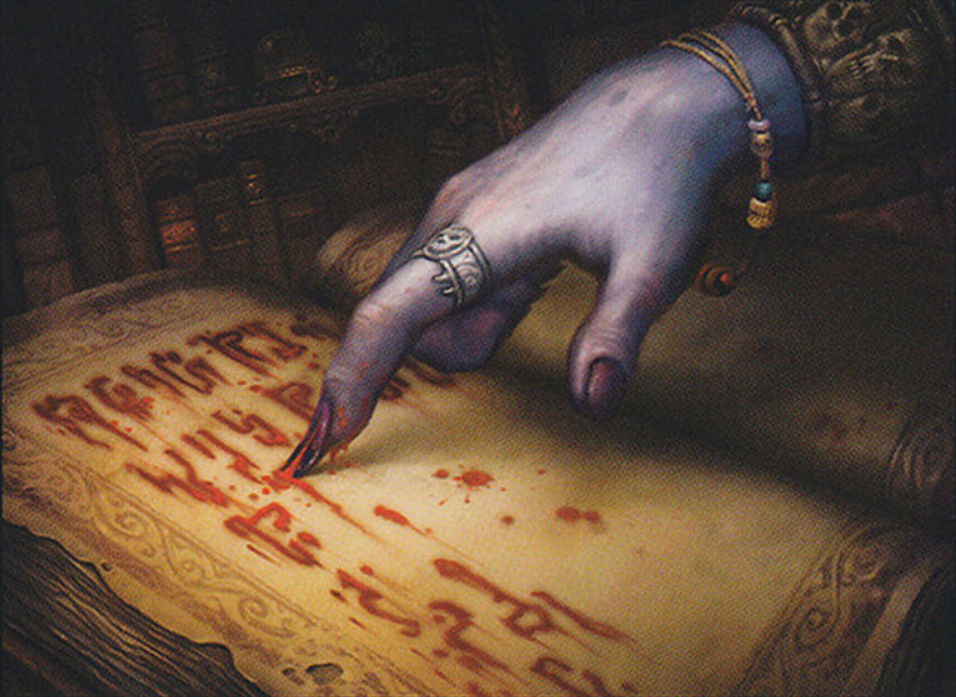 At this point, it’s safe to say Magic: the Gathering is the most successful collectible card game of all time. While Pokemon and Yu-Gi-Oh! have had their time in the number one spot, and there will always be fans of Decipher’s Star Wars CCG, Magic reigns supreme. I don’t have sales numbers to compare, but I think after nearly 30 years it would be extremely difficult to contest this statement.

During the 1990s and early 2000s, however, there were TONS of different collectible card games. I’ve read through numerous InQuest Gamer magazines, and in most issues, there’s a section on new and upcoming card games. If there was a successful science fiction or fantasy franchise, it would have a game.

Most of these games have since failed, though some maintain a strong following. I wrote about this a couple of years ago, with a focus on Star Wars CCG. Some of these older games still maintain surprisingly high values.

This week I’m going even deeper because I learned something new recently that I felt was worth sharing with the Magic finance community. This week, I’ll be looking at a series of still valuable non-sports, non-game trading cards manufactured by the now defunct company Inkworks.

Good question! I tried Googling the company and, while there are a handful of hits, there’s really no official company page. I guess that makes sense since they went bankrupt over a decade ago. Considering the magnitude of their impact on the trading card market—an impact that still lingers even today—I’m surprised there isn’t more coverage of the company’s products.

I’m going to change that.

As far as I can tell, Inkworks started producing trading cards associated with various movie and tv show franchises back in 1996. According to the Trading Card Database, their first release was with the movie Pinocchio. Since then, they released over 100 sets of cards all the way up until 2010, around when they closed their doors.

In addition to printing quality trading cards with images from a set’s respective movie or television series, Inkworks would also include special promos and the like. The chase cards from a given set, however, were sure to be their autograph inserts.

What kind of autographs were included in the various Inkworks sets? There really is a gigantic range here—you have stars like Angelina Jolie, Dwayne “The Rock” Johnson, Sopranos star Katherine Narducci, Alias’ Bradley Cooper, Alyssa Milano, and tons more.

My understanding is that these autographed cards were not present within the packs directly. Instead, you would open some sort of redemption card, kind of like the one below.

This was probably both really exciting and really disappointing at the same time. Eventually, Inkworks tried using autographed stickers to be placed on a card, so that they could be included directly in booster packs. People complained about this approach as well.

Separately, I’m trying to picture Wizards of the Coast doing something like this, and I suspect players would complain quite a bit, though that’s nothing new. More on this later.

After a while, Inkworks also started to include cards that contained snippets of actor-worn clothes, movie props, etc. associated with a set’s franchise. They named this subset of cards “Pieceworks”. I believe some of these would be inserted right inside booster packs, though some may have been too thick. Sarah Michelle Gellar fans may appreciate my first Pieceworks purchase:

My daughter loves Scooby Doo so I thought this would be a fun card to purchase and put on display at home. It's coming from the UK, so I'm still waiting to receive it. Hopefully, it's worth the $50 price tag.

Why Should You Care About Inkworks?

Some people (my spouse, for example) care very little about famous people and their notoriety. To the indifferent, someone like Angelina Jolie is just another person—their autograph is just some squiggly lines on a piece of cardboard. Who cares?

To me, however, a movie or television star’s autograph is a connection to Hollywood. This famous person, adored by millions of fans, actually took the time to sign their name on this card! There are only so many such cards in existence, and that makes something like this highly collectible in nature. The fact that I can purchase a costume piece or prop from an actual movie or television show is also exciting.

Even if you are completely apathetic towards Hollywood stars, it’s worth being aware of this collection simply because of the values associated. Clearly, there are enough people out there who agree with me because some of these Inkworks signature cards are quite expensive!

Inkworks autographs seem to demand a hefty premium over other signature listings on eBay. I assume this is because of a) the collectability of these cards, and b) the confidence in their authenticity. Whatever the reason, these cards are still highly desirable despite being two decades old!

I myself have shelled out a couple hundred bucks in order to purchase some Buffy the Vampire Slayer autograph cards. Despite the steep cost, I felt confident that these cards would hold their value—if they can be this expensive two years after the show, then chances are they won’t erode much in value going forward. Die-hard fans may be willing to pay even more over time since these are relatively rare and it’s not like any more are getting made anytime soon!

The Pieceworks collection of cards isn’t quite as expensive, though some are still worth a couple hundred bucks. I’m not sure if their print run was higher, or if more were circulated because you didn’t have to mail in a redemption card to obtain one. Perhaps people just prefer autographs over pieces of costumes. Whatever the reason, it’s still worth noting their collectibility.

I know this is a website dedicated to Magic, so I would be doing a disservice to readers if I neglected to mention the beloved game. Luckily, I have a thought exercise worth discussing in this area.

What would it be like if Magic included something along these redeemable autograph cards in a set? I could envision these modern-day “golden tickets” covering all sorts of surprise perks.

What if there were randomly inserted cards that granted you permission to tour Wizards' headquarters? Maybe there are twenty cards inserted that cover your airfare and hotel to attend the next Pro Tour as a spectator? Maybe some cards could be redeemed for a webcam Commander game with Mark Rosewater. Of course, some inclusions of autographs from the game’s design team would also be pretty neat (especially if Richard Garfield's signatures were included).

What would something like this do for Magic? On the one hand, they’d be a bit of a distraction from the game itself. It would be awkward if chase cards in a set were not game pieces at all, but were instead something altogether different. If they were rare enough, however, I think this confusion could be minimized. Wizards has already included random inserts in packs before—honestly, I think I’d be OK receiving an invitation to battle Mark Rosewater on Arena instead of an advertisement card or useless insert.

You could make the argument that including these cards would be difficult to orchestrate given Wizards’ printing and collation process. However, they just broke down that barrier with the inclusion of Lost Legends in Dominaria United collector booster packs! Was it a significant effort to have people manually crack open Legends packs to insert singles into random collector boosters? I suppose so.

That being said, no one would have to be cracking open any product to include these inserts. There would just have to be some sort of manual seeding process for these redeemable inserts and autograph cards. I don’t think it would be too difficult, and the hype it would drive and the potential increase in sales would be worth the effort, at least as a test scenario.

If it’s a huge bust, then Wizards wouldn’t have to continue the program. All I’m saying is that it’s worth a test—depending on what you offer, you could see a significant bump in sales and potentially reach a broader audience, especially if you offer benefits that go beyond the game of Magic. Imagine opening an invitation to create your own custom version of Monopoly. Or the chance to include your name in an upcoming card's flavor text? The possibilities are endless.

I have more evidence that these Inkworks cards still cause lasting effects in the collectible market. I found this forum thread from 2020, long after Inkworks permanently closed its doors, where people argued about what Inkworks did well and didn’t do well. If people are debating this so many years after the company ceased to exist, you know there must be a lot of passion for their products.

This dialogue, along with the fact that these autograph and Pieceworks cards still sell for quite a bit, indicates to me how popular Inkworks cards can be. It’s a shame the company went out of business, and it seems the fad of collecting such cards may have gone the way of most failed trading card games. I suspect there isn’t much value associated with the common cards of these sets.

Yet, the autographs and Pieceworks cards still carry demand. It makes me wonder if Wizards could ever reapply the Inkworks model to include some non-game rewards or prizes as random inserts in booster products. It may seem gimmicky if executed poorly, but I would still love a shot at opening a card signed by Mark Rosewater or Richard Garfield.

Would it drive me to purchase more product? Probably not. However, it’s not because I don’t like the idea. It’s more that I don’t normally have good enough luck to open something so sweet. I’d be more inclined to shop around on the secondary market for these redeemable cards, which I could then redeem myself for the associated prize. Now that’s something I could see myself buying, just like I’ve been buying some Inkworks autographs.