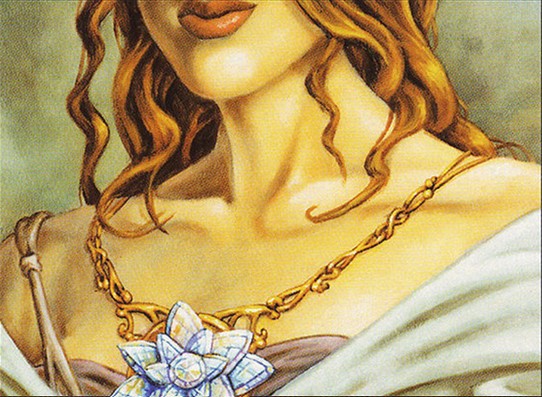 Well, Mark Rosewater has done it again. He somehow managed to convince Wizards of the Coast to release a new “Un-set”, Unfinity, the fourth set of outlandish, goofy, and entertaining cards.

When I say “outlandish”, I mean this both figuratively and literally—the new set is partially themed around outer space! At least, that’s my impression after seeing an alien and stars in the collector booster artwork.

This set will be different from past “Un-sets” in one key way: it will contain many eternal tournament-legal cards! In releases past, with the exception of Steamflogger Boss, the only tournament legal cards from Un-sets were the basic lands. That’s changing completely with Unfinity, where slightly more than half the set’s cards will be legal in Commander, Legacy, and Vintage. To account for this, all cards in the set will be black-bordered and the non-legal cards will have little acorn holograms on the bottom instead of the usual oval shape.

In honor of this upcoming set release, I wanted to take a look back at the previous three un-sets to mine which cards maintain the most value. Perhaps there are a couple of themes to help us identify the best pick-ups from Unfinity for potential price appreciation.

This is where it all started. Unglued was released on August 11, 1998, nearly 24 years ago. I can’t believe this set has been around for so many years!

The set was relatively small, containing only 83 silver-bordered cards and the five basic lands. Perhaps the most significant feature of Unglued was its introduction of full-art basic land cards. This was the first time basic lands without a text box were printed, and for a while, these were premier chase cards for their aesthetic. No matter what else you opened in an Unglued booster, you were likely to recoup your initial investment because of the basic land.

What are the most valuable cards from Unglued today? Since Wizards has begun printing full-art basic lands in many new sets, the original Unglued lands have lost some of their pull. They just aren’t all that unique anymore. So while the basics still maintain some modest value (a few bucks or so each), there are a few other collectible cards worth more.

The most valuable card from the set today is Blacker Lotus, an entertaining spin on Black Lotus that requires its owner to tear up the card and remove pieces from the game to add four mana to the mana pool. I can’t help but wonder if some players actually did this to their cards, and that’s why this one is worth around $20 now, or if it’s simply valuable due to its association with the OG Black Lotus. We’ll have to keep a watch out for any theme around this idea. 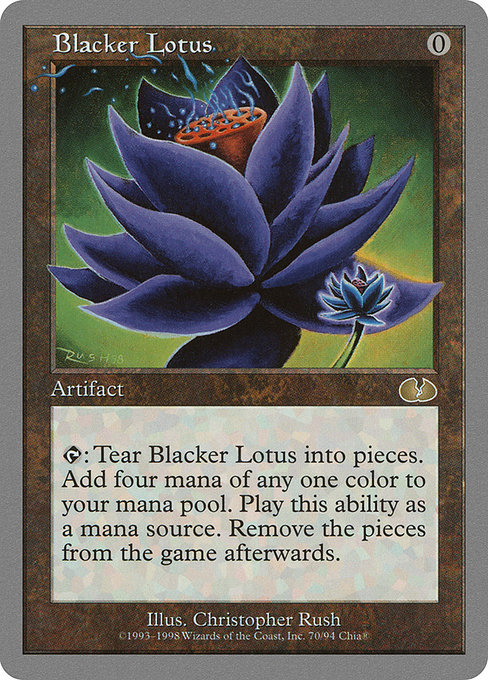 The next most valuable cards are the two halves of Big Furry Monster, an unstoppable 99/99 creature that costs 15 black mana. You need to have both halves in play in order to use the creature, which was a novel idea at the time. It was a precursor to cards like Eldritch Moon’s Brisela, Voice of Nightmares, where two cards flipped over to form one mega-card. 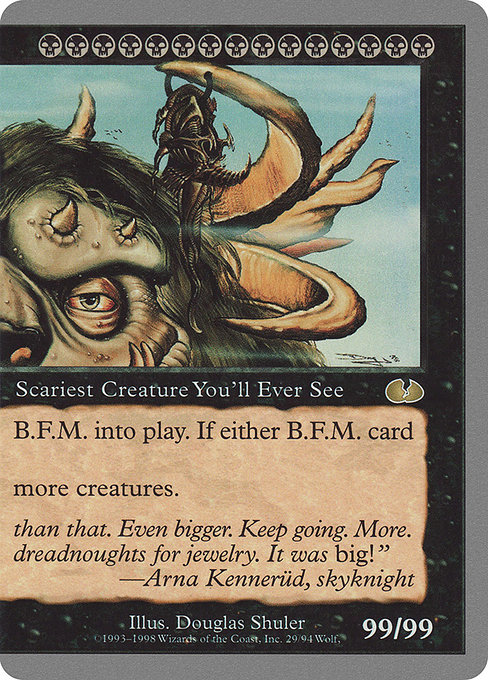 Another Unglued favorite is Ashnod's Coupon, a $10 card that does absolutely nothing as far as Magic is concerned. Rather, the card forces an opponent to get you target drink. I’m not sure why this card, in particular, is so valuable but it’s quirky and unique, to say the least. 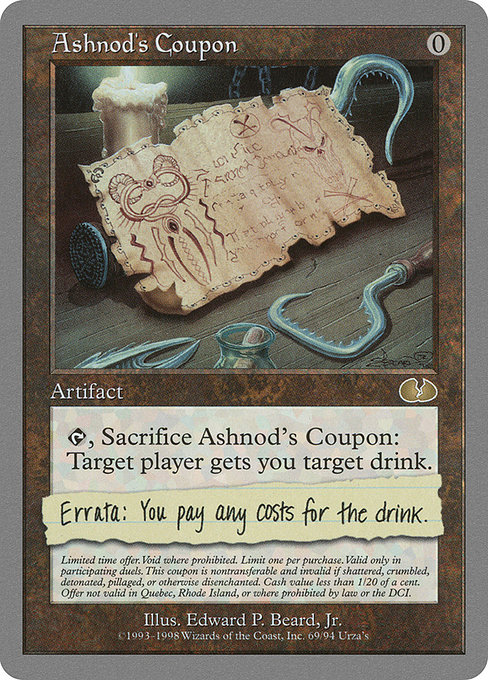 Jack-in-the-Mox at least does something in a game and is worth a couple of bucks. It's a zero-mana artifact modeled after the five Moxen with the drawback of having to sacrifice it if you roll a one on your six-sided die. The art for this one is particularly entertaining. 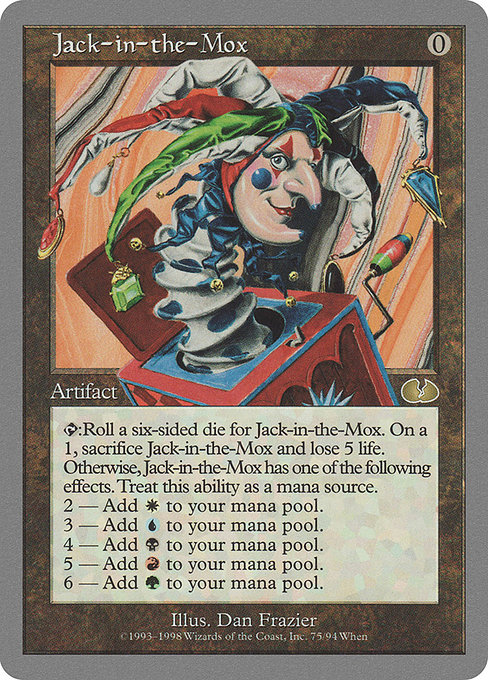 Lastly, I would be remiss if I left out the Unglued tokens, which are also worth a few bucks (especially the squirrels and zombies). The art on these tokens is incredible, and they were yet another pioneer for Magic—since Unglued, we’ve seen tokens show up in countless booster packs from modern sets. Tokens that look like Magic cards, with real artwork, added a significant aesthetic to the game. Before tokens, most players were using pennies, chips, or face-down cards to represent these generic creatures. I like the fully artworked, on-theme tokens much more.

Looking back, Unglued introduced a couple of fantastic features that have since become key parts of Magic. It was entertaining while also being a pioneer for the game.

Unhinged was the second Un-set, released in November 2004. That’s right, it took over six years for Mark Rosewater to push through Magic’s second Un-set. I am so glad he finally managed it. Unhinged is my favorite of the bunch!

What makes Unhinged so special? The best part about the set is its inclusion of foils! If you haven’t had a chance to see them in person, silver-bordered foils look absolutely beautiful. When reflecting light, you see the colors of the rainbow staring back at you around the full border of the card. It is this effect, along with the fun introductions in the set, that makes some Unhinged cards exceptionally valuable. For this reason, as I review the top money cards from the set I will be focusing solely on the foil versions, which all command a significant premium to their non-foil counterparts.

Before starting with the most expensive, I want to start with Super Secret Tech, a card that gives a boost in power to all your other foil cards in play. What makes this card super secret? When the set was spoiled, this artifact wasn’t even included and its collector number is 141/140!

It wasn’t until people started opening boosters that people realized the card existed. Card Kingdom is completely sold out of this card—expect to pay north of $30 to acquire a near mint copy. 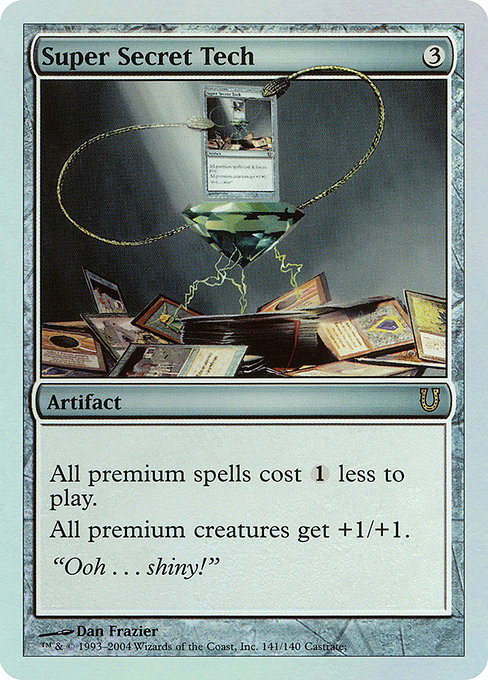 While Super Secret Tech is unique in how it was introduced in the set, its price pales in comparison to the most expensive foils of the set. Here are the top cards, along with their Card Kingdom near mint price:

The list goes on and on. In fact, there are 34 Unhinged foils that retail for $19.99 or more. Clearly, foils are where the money is at in the set. It’s not just the rares that have value, either. Little Girl and Carnivorous Death-Parrot are both commons that sell for double digits, with the former in the $20 range. 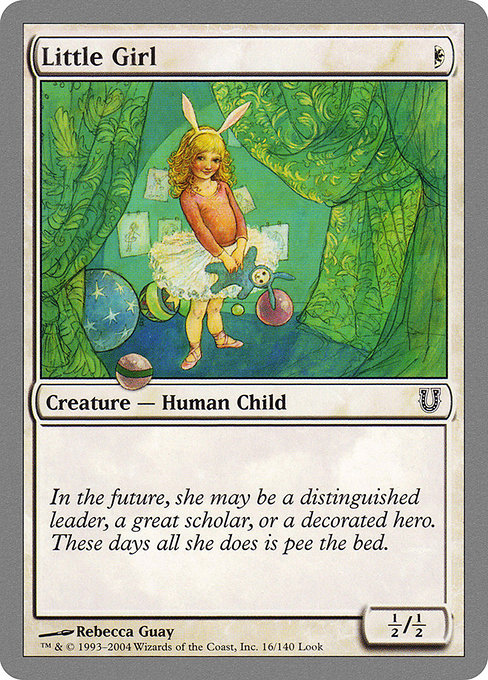 Before moving on, I just want to point out that this set contained another Lotus-like card in Mox Lotus, which happens to be one of the most valuable from the set. Even non-foils are worth nearly $20.

The third and most recent un-set to have been released is Unstable, which came out December 8, 2017. The set contained about 216 (“216-ish”) cards, more than twice as many as Unglued. This was the first un-set to be built as a limited, stand-alone experience. As such, the set had a cohesive vision and “modern design sensibilities” reminiscent of a modern-day Limited set.

But enough about the history—let’s dig into the valuable cards of the set!

Actually, it’s more like the lack of valuable cards in the set. I suspect that, because this set came out so recently, its print run was much greater than the previous Un-sets. Perhaps it’ll take some time for the most desirable cards of the set to climb further in price.

But enough of this non-foil discussion. Let’s shift to where all the money is, yet again: the foils! There's obviously a premium for the foil basic lands, which range in price from $74.99 for the Island to $39.99 for the Plains. Other cards with prices similar to Island include:

It seems there is a recurring theme for valuable cards in Unstable. You see, the set included cards with multiple versions and slight perturbations. Garbage Elemental and Knight of the Kitchen Sink were two such cards. Because of all the variations, collectors have been paying up to obtain one of each for their complete sets, and each version of the given card is likely rarer than their rarity symbol indicates.

There’s no Lotus derivative card in this set—if there was, I'd expect to see it towards the top of the price list. In any event, the name of the finance game with Unstable is much like that of Unhinged: the money is in the foils.

Before we go, I want to touch on two more points.

First, there is technically another un-set called Unsanctioned. This set wasn’t sold in boosters like the others, however. It was released as a box set with many reprints of previous Un-sets. Only sixteen new Un-cards are in Unsanctioned. The lands are really the only noteworthy cards from the set (so far).

Second, sealed booster boxes of Un-sets have a history of starting off inexpensive and then exploding in price years later. For example, one Unglued booster box sold on TCGplayer a couple of weeks ago for a whopping $1509.98! The only box listed for sale right now is $5000, which is probably too high to sell any time soon. Unhinged booster boxes start in the mid $600’s. I’ll never forget the time I went to a local hobby shop circa 2007 and they offered to sell my friends and me all their Unhinged booster boxes for dirt cheap (I want to say $40-$50 each) and we declined. Talk about a missed opportunity.

Unstable booster boxes are much more affordable given the set is not as old—they sell for somewhere in the $150 range. I wonder, though, if these will climb over the next decade or so like Unhinged and Unglued boxes have done. It’s definitely worth keeping an eye on them.

This brings me to Unfinity. Sealed product of this set may also be worth acquiring and holding onto for the long run—especially if the Limited experience is fun. If there’s replay value to drafting Unfinity, it could give players yet another reason to buy booster boxes for years to come… that is, on top of the fact that foils tend to sell for a pretty penny! I expect Unfinity will follow the same trend. With so many tournament legal cards (including Shock Lands) in the set, it could make Unfinity the most desirable Un-set of them all. Time will tell, but picking up foil copies of any iconic cards, along with any cards that reference Moxen or Lotuses, could be a smart long-term play on Magic’s latest joke set.