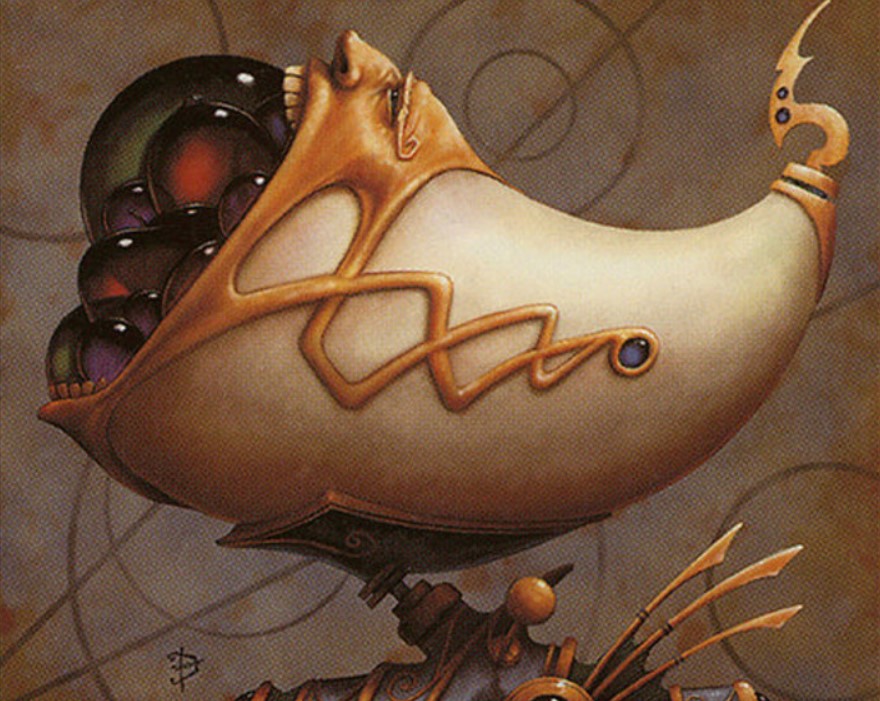 It may be no coincidence that Hasbro decided to participate in a Fireside Chat with UBS less than a month after Bank of America double-downgraded the stock out of concern for Magic: the Gathering’s ability to deliver on its goals. I couldn’t find anything that directly related the two, but it stands to reason Hasbro would want to defend some of their recent Magic-focused strategies to the analyst community.

Thus, last Thursday, December 8th, Chris Cocks (CEO) and Cynthia Williams (president, Wizards of the Coast and Digital Gaming) joined a conference call with UBS to talk about the business of Magic: the Gathering.

Numerous questions were asked throughout the call, ranging from high-level business strategy to specifics around overprinting cards and the pacing of new set releases.

I had the opportunity to give the recording a listen last weekend and wanted to share a few thoughts on the interview in this week’s article.

Even though the fireside chat was just 40 minutes in length, there were many important sound bites worth unpacking, yielding a fairly dense discussion. That being said, I want to kick off my analysis by providing my take on the synopsis of the interview.

Let’s start with some interesting numbers:

On the call, Hasbro talked about their new market segmentation strategy to deliver products for targeted players to grow the player base and increase dollar sales per player. According to Wizards, this strategy breaks consumers into different categories based on play patterns, such as the casual player, the collector, and the competitive player. These player groups are interested in different kinds of product releases. This is a common, yet effective strategy in consumer goods.

Players who engage in both paper and Arena are engaged the most. These hybrid players report the highest level of satisfaction and spend more annually, about 40% above the average Magic player. Arena also provides a great onboarding ramp for new players.

Regarding print runs, there are no concerns with printing too many cards on Hasbro’s end. They emphasized that many products are printed to demand, so if there’s demand for the product then they print more to meet that demand. It’s only the special collector product where print runs are purposefully limited to create rarity/collectability.

WPN hobby stores’ sales make up a large portion of Wizards’ sales, and a survey of over 2200 hobby stores revealed more than 80% reported growing or equal sales over the past year.

In other words, things are great. Hasbro is executing the deliberate strategy they've put together. The path ahead is clear and well-outlined.

So why all the concern?

I’ve seen a number of takes on social media (i.e. Twitter) in response to this fireside chat. Popular YouTuber and podcaster @SaffronOlive shared mostly ambivalent comments about the interview.

Other responses, such as @ChiStyleGaming, were a bit more negative in tone. There appears to be a lack of confidence in Hasbro’s leadership when it comes to managing Magic.

Other members of the Magic Twitter community were, shall we say, a bit blunter.

Why does there appear to be this massive disconnect between the player community and Hasbro’s leadership? Can Wizards of the Coast truly be so ignorant as to ignore the pleas of the community?

Hold your horses! Before getting out your pitchforks and marching on Pawtucket, RI, let’s take a step back first and look at this a little more pragmatically, with emotions removed. Yes, some members of the player base are frustrated, but I don’t think this portends Magic’s imminent death—not by a long shot. 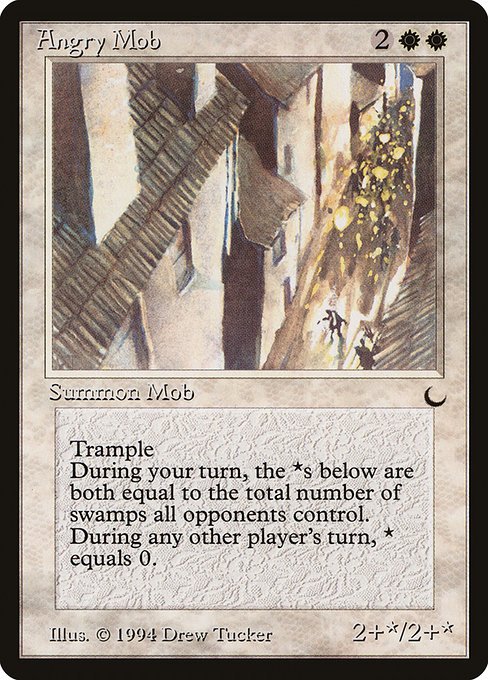 Let’s Take a Step Back

Let me start with the facts. Hasbro is a huge company. It has a market capitalization of over $8 billion with just about 6,000 employees. I have full confidence in their projection that Magic: the Gathering will become their first billion-dollar brand. Major economic depression aside, the data certain trends in this direction.

First of all, they didn’t get to this point by chance. During the fireside chat, Hasbro’s leaders said that in 2016 Magic sales were in the $350 - $400 million range. There was a heavy focus on competitive play, but they were “afraid” to build products that deviated from their traditional strategies.

With this new player segmentation model, Magic’s business has nearly tripled over the past six years. People will question what they will when it comes to the answers they gave to the UBS analyst’s questions, but I doubt they’re making these numbers up. This is major growth. It shows that their segmentation strategy isn’t just working. It’s firing on all cylinders! 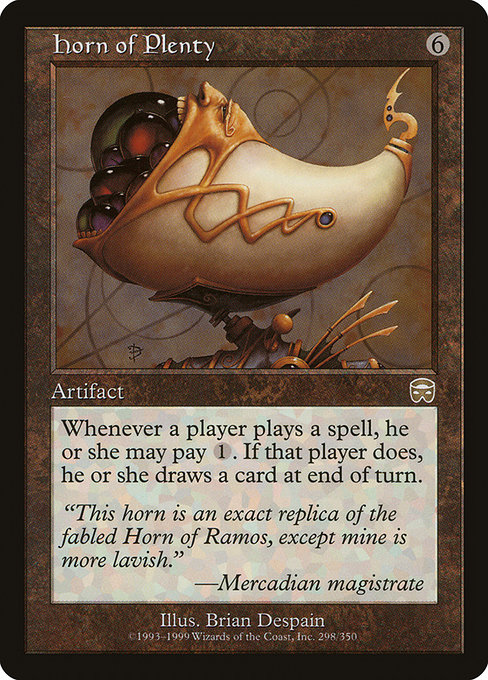 The community is quick to point out that the pacing of new releases is too fast and that Hasbro is taking a misstep by printing products that “aren’t for you.” The very things they are condemning as poor form are the very strategies that are driving tremendous growth for Hasbro. You can’t argue with the results so far.

YES, some of these products aren’t for you. That’s their strategy. They said so on the call! YES, Wizards of the Coast is releasing more products now than before. It’s because they are activating their new consumer segmentation—a segmentation that demands customized releases to meet the different player demands. They need to release products for competitive players, casual players, and collectors alike.

They used to attempt this by putting all three into their limited product offerings. Instead, by releasing targeted products for each demographic, they can better meet the needs of the different player segments without making compromises.

As for the “angry player base”, as one vocal Twitter member called it, I’m not so sure if they’re Hasbro’s target audience. Hasbro has deliberately changed its business strategy to drive revenue growth. Change isn’t always embraced by people—in fact, some people (I’d argue the people who are shouting their disgust with the game) are averse to change. Change is uncomfortable. It means things that we once loved and cherished may not be the same ever again. It’s no wonder some players are reacting as negatively as they are.

However, change is a necessary force in business. I can’t blame Hasbro for taking a risk and trying something new. Had they stuck to the same strategy and release schedule as they did a decade ago, there’s no way Magic would have grown to the place where it is now. If they stuck with the same strategy as they had 20 years ago, there’s a good chance Magic wouldn’t have even made it to its 30th anniversary.

I’ll be the first person to admit that I loved what Magic used to be back in 1998-2006. That’s when my love for the game really developed, and I became a solidified player and collector. I remember when Wizards of the Coast first announced the creation of planeswalkers! I was really annoyed and frustrated about how much they could warp a game of Magic. Then they released double-faced cards! Were they crazy?!

It turns out, these changes didn’t destroy the game. Wizards of the Coast will certainly continue to make their share of mistakes, but as long as they’re willing to learn from them and pivot as needed, I think the health of Magic will remain stable. In other words, I didn’t listen to the fireside chat and immediately think that Magic was doomed. I was more inclined to think that Hasbro’s leaders didn’t really share any information that changed my opinion one way or another.

Let’s face it, Chris Cocks and Cynthia Williams spewed a good deal of corporate jargon and pre-rehearsed numbers to highlight the success of the game. I’m not so naïve as to think everything is as perfect as they indicated, but I also don’t think things are as dire as the Twitter community’s perception either. The reality is probably somewhere in between.

The important thing to me is that Hasbro is truly invested in Magic’s success. You know what? I am too! We have similar goals in mind. We both want more people to play Magic. We both want awesome new set releases and cool crossover products. Do I care about every product they release? Of course not!

That’s OK. I recognize I am an individual player with a certain play preference, and that Hasbro is going to release some products for me and some products that aren’t for me. Those products will be for a different player. I can live with that.

I would describe my overall feelings about where Magic is headed in 2023 and beyond as “cautiously optimistic.” I think Hasbro has made a drastic change to its strategy over the past four years, and the data indicate this change has worked exceptionally well to drive sales and engagement with the game.

Will this trajectory of fast growth continue for the next few years, or will players and stores ultimately burn out from the fast pace of releases? Only time will tell. Clearly, Wizards of the Coast has a golden goose in Magic, and I hope they find the right balance between collecting eggs and nurturing that goose so that it can thrive for years to come. 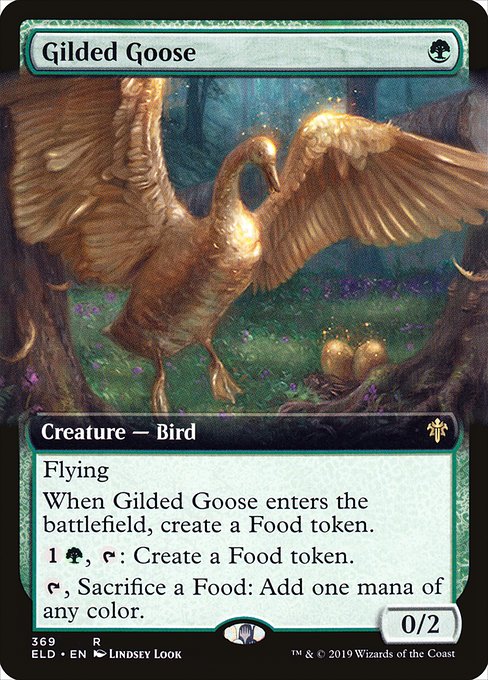 No matter what happens, I am confident in one thing: Hasbro will be watching the performance of Magic very closely in the coming years, and they’ll make adjustments to their strategy where needed. If the game starts to show signs of excessive player and wallet fatigue, I trust that Hasbro will take note and adjust accordingly. They’ve made it clear that they’re willing to take some risks and change strategies, so if it becomes necessary to pivot I am confident they will do so.

If nothing else, that’s a positive takeaway from this session. Hasbro cares about Magic. They wouldn’t have done a fireside chat in response to the Bank of America double downgrade if they didn’t care. I also care about Magic. Our interests are sufficiently aligned, and I think it spells positive things for the game this decade.