Modern Magic’s history under the lights has been… complicated. As a format, it was born into fire in 2011 with Pro Tour Philadelphia, and since then, the format has bounced from darling to redheaded stepchild to orphan and back, faster than strobe lights at a Skrillex show. Bannings, Pro Tours, more bannings (as a result […]

Today, I’m trying something different. Hour of Devastation released last Friday, but I haven’t had time to look at any spoilers, or read any discussion about new cards. As a result, we have an incredible opportunity to talk about the new set both before and after seeing every card surrounded by its context, in the […] 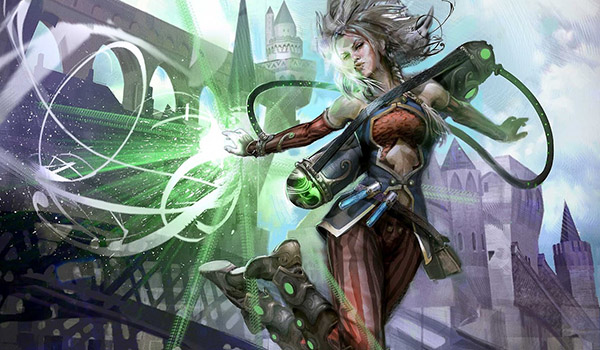 Modern is going through something of a shake-up right now. Over the last few weeks, we’ve seen the status quo turned on its head with the rise, and subsequent fall, of Grixis Death’s Shadow. For months before Grixis’ ascension, weekly results were the same bland mini-variation of Affinity, Dredge, and Eldrazi Tron. Death’s Shadow Jund […]

A week ago, if you asked anyone down on the street what the most dangerous deck in Modern was, two times out of ten you would get “Grixis Death’s Shadow” as your answer. The other eight would have no idea what you were talking about, and point you in the general direction of the nearest […]

Make no mistake: Grixis Death’s Shadow is by far the best deck in Modern. Last week, I was able to attend SCG Charlotte, and I saw firsthand the levels of devastation and permeation Grixis Death’s Shadow has brought upon the format. While the last match on camera was the Eldrazi Tron/Living End final, don’t think […]

This week, I plan on doing something unique. Event analysis has long been my preferred approach when it comes to writing—and reading—about Magic, and I feel strongly that my skills in methodically sifting through data, testing hypotheses, and arriving at conclusions is one of my biggest strengths in Magic, both as a writer and as […]

I’m trying very hard not to say, “I told you so.” Grixis Death’s Shadow, days after I touted it as the best deck to play heading into the competitive weekend, took down the SCG Open in Baltimore that I hoped on attending, crushed the field at GP Copenhagen, and took third place at Grand Prix Kobe. […]

A lot can change in a week. I was all set for SCG Baltimore this weekend, and then two things happened. First, some family issues came up that would unfortunately prevent me from traveling to play Magic. Second, Devoted Druid and Vizier of Remedies spawned a new(ish) archetype that, well, changed everything. What was good […]

Last week, an old Magic buddy texted me out of the blue, asking if I was interested in going to SCG Baltimore at the end of the month to play some live Modern. My first reaction: “Can’t do it, I’ve got way too much going on…” But then I remembered that it’s summer, and I […] 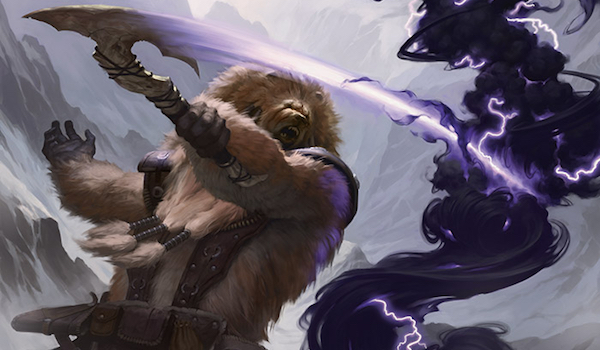 Last week, I suggested Grixis Death’s Shadow as one of a shortlist of archetypes that I felt was strongly positioned against the major players in the format. A combination of disruption, cheap threats, and a proactive gameplan that can mold to fit a variety of matchups seemed very appealing in a Modern format full of […]