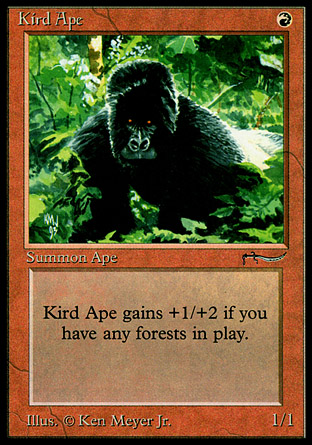 Is Kird Ape the truth, or was Daryl Ayers just monkeying around?

Ryan details his choices for Standard and Legacy as the Invitational approaches.

This past weekend RUG Delver took a big step back into the limelight in Worcester. By coincidence, Ryan was busy taking down another Legacy event with the same archetype, though a significantly different list. To Probe or not to Probe, that seems to be the question.