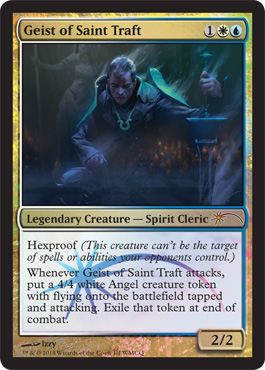 We’ve all seen some bad promos in our time. Xathrid Gorgon. Scourge of Fleets. Geist of Saint Traft. Wait, what? This is definitely the best promo we’ve seen in a while. And if you don’t count judge foils, maybe the best widely-available since Restoration Angel? Then again, this is a Mythic, so the right comparison […] 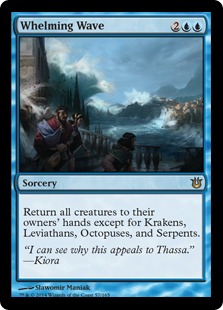 Sphinx’s Revelation. Desecration Demon. Pack Rat. Whelming Wave. One of these is not like the other. Or is it? Most of the cards on that list are easily recognizable as Constructed staples. Whelming Wave, despite the awesome flavor, has not been recognized as a powerful card to play in 60-card decks. Until now, I guess? […]