I have a confession: I have never played a single game of Legacy. But thanks largely to Star City Games, Legacy is one of my favorite formats. The same is true of Vintage, although in this case the credit for my fandom goes to Luis Scott-Vargas and Randy Buehler. In the last few years, I’ve sat out draft formats completely, but still have a pretty good idea of their metagames and powerful cards thanks to GP coverage and Limited Resources.

The community often jokes that a Magic player never truly quits the game, and a large part of that is that there is so much content out there. One can continue to vicariously enjoy the game by watching, reading, or listening to coverage, and with the emergence of live streaming in the last several years, it’s so easy to find both live and prerecorded content to enjoy. You can choose a favorite format to follow while not playing any Magic at all and still keep up with the game at large. Then when a special set like Innistrad is released, it’s all too easy to fall back into weekly FNM attendance, PTQ grinding, or whatever you like. 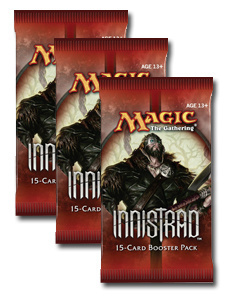 That being said, as Magic continues to grow, there will be players who inevitably quit the game, even if the active number of players rises. Magic will probably never be entertaining to people who don’t know how to play—unlike physical sports like baseball that can still be enjoyed without understanding intricacies like the infield fly or ground rule double—but as the number of ex-players continues to rise, the potential viewing audience does too.

Magic did a stint on ESPN back in the nineties, but the timing was obviously not right for that to work out. Cable television as a medium will probably be phased out by the time the potential viewing audience for Magic grows enough to warrant another shot on the Worldwide Leader in Sports. Then again, the dinosaurs running major league sports leagues are the main reason cable television still exists, and there’s nothing harder to break than the habits of old, rich men. So in five or ten years, when cable television still exists due to these last few stubborn holdouts who don’t see the ability to make way more money by breaking out of the cable model, maybe Magic has a shot on the big stage.

What do you think? Can Magic ever be a spectator sport that draws non-players to watch? Or is only realistic to expect current and maybe ex-players to tune in? What about you? Do you watch any formats you don’t play?

Magic never, ever comes close to League of Legends in viewer numbers on Twitch. Is that just the nature of being a card game, or is there a way for Magic to become more entertaining to spectators? Share your thoughts below.

Facebook
« Insider: Why the US Dollar is De-valuing Your Collection – How Magic Cards Parallel Commodities
Ice and Fire Not Just For Swords Anymore »