Last week Wizards of the Coast announced its newest From the Vaults set, titled From the Vault: Legends. We know from the announcement that one of the Legends will be a mythic rare from the October set codenamed “Shake,” and we also know from the illustration featured on the announcement page that another Legend will be Teferi, Mage of Zhalfir. But the other 13? That’s anyone’s guess.

If I may be so bold, From the Vault: Legends is a clear play to the Commander market. June will feature the new Commander decks and the addition of a Legend-specific From the Vaults set in August will cement this coming summer as the “Summer of Commander.”

One of the reasons why I think this set will be the most valuable is that many Legends are very rare in foil form. Even cheap non-foil Legends like Zur, the Enchanter fetch an exorbitant price in foil. While Wizards may disappoint people by choosing to reprint mainly newer Legends, I think they will attempt to make a bigger splash by reaching back into the archives and re-introducing some of the older names with new borders in foil form, many of which will fetch a fair price on the secondary market.

As a fun exercise, I am going to guess the 13 other inclusions in From the Vault: Legends. Be warned: there are more than 400 Legends printed in Magic. But I think there some basic criteria that Wizards will employ to narrow the field down considerably:

It is also my guess that the 15 Legends will be divided evenly by color. That means two of each of the main colors, plus five gold Legends. I do not think the Eldrazi will be featured because their associated reputation with Emrakul, the Aeons Torn. And artifact Legends like Bosh, Iron Golem, Karn, Silver Golem and Memnarch have already been reprinted in recent memory.

So, without further ado, my guesses for the From the Vault: Legends inclusions:

Iona, Shield of Emeria - Everybody loves Angels, and what is better than a freaking 7/7 flying Angel that locks a color out of the game? While it can be argued that this is an un-fun thing to do, I believe the balancing multiplayer aspect of Commander, combined with Iona’s hefty mana cost, permit the splashiness of the card against concerns about its fairness.

Lin Sivvi, Defiant Hero (New art) - Remember how awesome Rebels was in Constructed? Okay, maybe you don’t, but the Rebel search mechanic was both powerful and fun. I don’t think we see enough of Reb-reb-rebels in Commander because White has more prominent Tribal archetypes like Soldiers or Angels. Reprinting Lin Sivvi, with new artwork that doesn’t give her a man-face, will bring this tribe back to the fore and do it proper justice.

Azami, Lady of Scrolls - A queen to both Timmys and Spikes alike, for better or worse, Azami is a figurehead of Commander. As a Legend that drives the Wizard tribe while offering an utterly destructive draw engine, Azami’s splashiness and power level are without question. Of the blue Kamigawa representatives, Meloku, the Clouded Mirror ruled the Kamigawa Constructed format, but here Azami rules. A play to the more Spike-ish Commander players out there.

Teferi, Mage of Zhalfir (New art) - This was a freebie.

Volrath the Fallen - I almost chose Visara the Dreadful over Volrath but changed my mind at the last minute. While Volrath doesn’t have the sheer power of the Gorgon queen, he is steeped in history (Weatherlight Saga, anyone?) and is a fun Commander to play. There was a big hullabaloo when he was finally printed as a creature, and I think it would be remiss to ignore his impact on the Magic storyline. Plus, he fuels recursion strategies like nobody’s business.

Xiahou Dun, the One-Eyed (New art) - Every From the Vaults set has its Berserk or Mox Diamond; here is ours. You cannot ignore the history of Magic Legends without offering a nod to Portal: Three Kingdoms, a set shrouded by years past and limited distribution. And when you need to choose one representative from Three Kingdoms you need to pick one that will make an impact. Luckily, there is no shortage of awesome Legends from this set but Xiahou Dun offers an ability that is unparalleled in Commander. Reprinting this Legend is a risky step to take, but one that would excite many players. 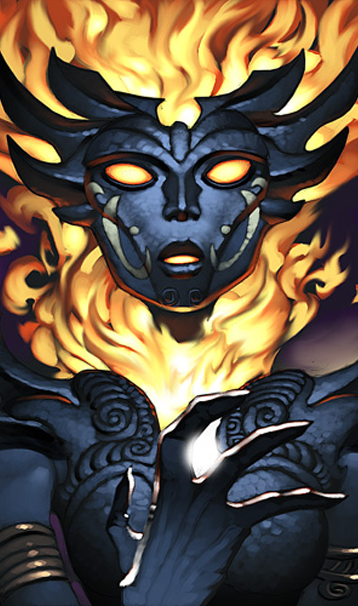 Ashling, the Pilgrim - Ashling represents much of what Red stands for: she’s explosive, dangerous and volatile. Mono-red has only a handful of straightforward, playable Commanders, and Ashling is perhaps the most newbie-friendly. You can always run 99 land Ashling for funsies, but the truth is that she plays very well with fan favorites like Furnace of Rath, Seismic Assault and Mana Flare.

Kiki-Jiki, Mirror Breaker - If KJ is not included in this set, I will eat my hat (and hopefully become famous by filming the act and uploading it to YouTube). Very few creatures can excite Timmies, Johnnies, and Spikes quite like Kiki-Jiki. His reputation for shenanigans is widespread and well-known, and he’s a Goblin, to boot! You cannot say no to the Keej.

Omnath, Locus of Mana - Omnath is one of the new breed of Legends that was created almost solely for the Commander demographic. He is splashy, mana-happy like many of green’s mechanics, and can turn into a huge monster to the joy of Timmies everywhere. He may not be the most exciting choice of Legend, but he is more than playable and a worthwhile inclusion.

Silvos, Rogue Elemental (New art) - To balance Omnath’s inclusion I wanted to pair him with a Legend that was both an homage to the older sets while still serving as a veritable beatstick in combat. Six mana for an 8/5 regenerating trampler is still a great deal, and if there’s one Legend who can get that 21 Commander damage in it’s this guy. Plus, his flavor text is amazing.

Captain Sisay - Oh captain, my captain! In a set titled From the Vault: Legends I think it would be a glaring omission not to include the one Legend who can search for other Legends! I am obviously biased because Sisay is my primary Commander, but she was a huge player in the Magic storyline to go with the fact that her ability is unique and relevant to the format. 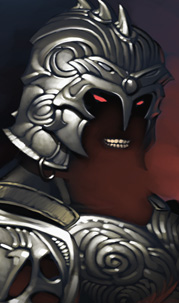 Dakkon Blackblade (New art) - Luckily for us, the Legends Legends reprinted in Chronicles are saved from Reserved List banishment. Unluckily for us, most of them suck. But if one Legend had to represent the original breed of Legends, I would choose Dakkon Blackblade for his reputation as a badass. The flavor text is brilliant and his ability is a clear ringer for Commander. And when you are given an homage in the Time Spiral block (Korlash, Heir to Blackblade) that just seals the deal.

Scion of the Ur-Dragon (New art) - No legendary boxed set would be complete without a Dragon representative, and who represents Dragons better than the guy who becomes any other Dragon? Scion is the home run of a Legendary creature: he’s powerful, he’s a tribe leader, and he resonates with people. While a few of my guesses are more tentative than others I would be very surprised if this guy doesn’t make it in the box.

Tsabo Tavoc - Villains are always welcome in the world of Magic, and those who experienced Invasion Block will remember the devious Tsabo Tavoc, who aptly represents Yawgmoth. There’s nothing cooler than a Legend who can assassinate other Legends while being immune to them and holding up quite capably in combat. No new art necessary; Tsabo Tavoc is as creepy today as she was a decade ago.

Here Comes a New Challenger! - We have not seen too many Gold Legends in recent Magic sets, so it is my completely unfounded guess that the “Shake” Legend will be multicolored.

So there you have it: my completely design-ignorant shot in the dark as to the inclusions in the From the Vaults: Legends set. I am extremely excited by the prospect of new foil Legends, because there are so many great options available. I could do several more “sets” and not run out of fun Legends to include. As long as Wizards adheres to the description it used for the announcement (“legends heralded for their devastating powers and fearsome abilities”) I think this set will be another smashing success.

What do you think of my list? Too wishful? Too much Magical Christmasland? Who would you like to see included in the set?