Her'es a quick biography of some of our writers, along with their favorite articles from 2011!  Our Insider subscribers received postcards with custom art done by MTG artist rk post, as shown in the title image of this post!  Check out each writer's favorite articles below!

Originally educated as a computer programmer at Fanshawe College in London, Ontario, Canada, I have since abandoned that initial calling. Drifting between various jobs including Insurance Advisor and Banker, I now work full time as a bilingual (french / english) customer service agent for a major plumbing & manufacturing group. I live with my girlfriend who is as anti-magic as they come, so sometimes struggle on a personal level to balance my time between familiy obligations and "play time" (like so many of us out there, I'm sure).

Though I have not had success at any major tournaments, I feel it's more because I haven't really attended rather than being a terrible player. I frequently win local FNM's and enjoy playing almost as much as trading! I occasionally write in my own magic blog (http://donttrainmyorgg.blogspot.com), but focus primarily on strategy and deckbuilding these days since my financial articles go straight to our beloved Quiet Speculation :). I own the P9 and have playsets of any vintage / legacy staples, but my main passion has always been foil cards. I am known amidst my city as "the foil guy" and people contact me specifically to trade their foils to me, with shops even sending me texts when they get a foil that's particularily spicey. I just completed my foil werewolf deck, which has twice as much foil as any other and will be played into the ground before the season is over even though the tribe is still... how to phrase it?... terrible.

When to Sell (And a New Project) - Corbin Hosler

A great little article on the best times to sell certain cards in your collection to maximize your profits! I reference this article regularily when I'm preparing to do a major sell-off.

I really like this article more for the explanations of EV (Expected Value) than the actual drafting tips. EV is a concept that you can use not just as you draft, but as you trade! This information can also be used to determine which packs to crack to try and gain the most value... if you're into that kind of thing :P.

A fun article that let's YOU decide which pile in a trade you would rather have and why, as well as how to scan buy lists for fun and profit! It's an introduction to re-occuring themes in my present articles and sets things up nicely for the future.

I'm looking forward to next year and wish each of you a safe and happy Christmas / Holidays / New Year!

I'm Carlos! I graduated from Lafayette College fairly recently with a degree in Chemical Engineering with a focus on bio-simulations, and have been trying to figure out what to do with myself since then. I tried the grad school thing, and that wasn't really what I wanted to be doing, and now I'm doing the job-hunting thing. In the meantime, I do a lot of cooking and gaming with my wonderful girlfriend of six years, Rebecca.

Until very recently, I played Commander and Limited exclusively, but since Grand Prix Pittsburgh, I've been trying my hand at constructed formats. I've been writing about Magic, particularly Commander, for about a year now. I've been a regular writer for both Quiet Speculation and Commandercast, while I've done guest pieces for sites like Mana Deprived and Red Site Wins. I'm a fairly regular guest host on podcasts like Commandercast and Horde of Notions on the MTGCast network, and I'm starting to travel to larger events to meet some of the awesome people I've met through online networking. I don't have any illusions or aspirations of greatness within the Magic community, but it's been incredibly rewarding to contribute to Magic culture in my own way, and to have met so many amazing people, and I'm incredibly grateful to Kelly and Quiet Speculation for giving me the opportunity. Here's hoping for a great 2012!

The deck I'm "infamous" for and get asked about most often. Is there such a thing as too many lands?

Who else would build and play a Deathlace combo deck? 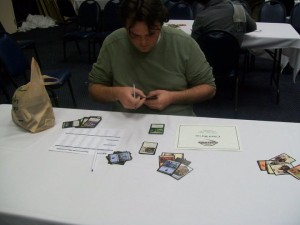 I'm a private tutor at the University of San Diego. Courses I teach include, Corporate Finance, Microeconomics, Macroeconomics, Statistics, Quantitative Business Analysis, Decision Science and Operations Research. My hobbies outside of Magic include concerts, movies, and puzzles. I'm a huge fan of the www.themastertheorem.com weekly puzzles.

I started out learning to draft around Conflux, and during M10 made my move into more competetive play. I keep a blog over at torerotutor.blogspot.com that doesn't get updated often enough now that I write here, and I so far have only one PTQ top 8 to my name. I'm in my 2nd year of grinding PTQ's and have aspirations of the Pro Tour.

How To Run a Profitable Ebay Store - Chad Havas
My interview with a successful EBay store owner. This one was extremely fun to make, and I learned a ton in the process. 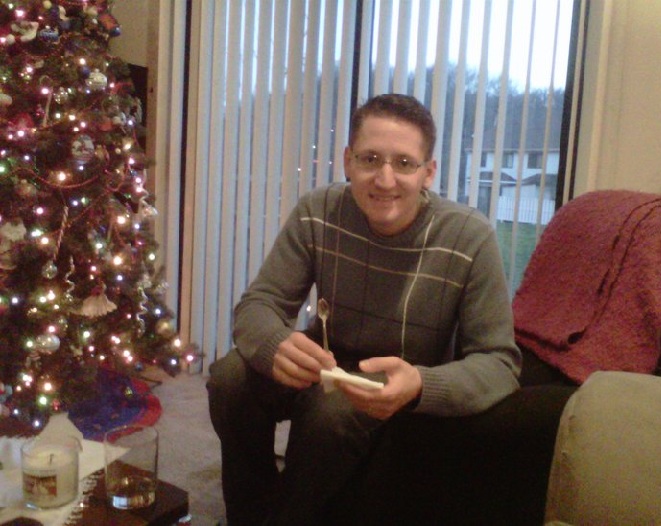 I work full time as a Chemical Engineer with The Procter and Gamble Company, living in Boston, MA. My current focus is on Modeling & Simulation working on Gillette Razors. In order to make myself a better modeler, I am studying for a Masters in Applied Mathematics with the University of Washington. Between all this, plus the fact that my wife and I are expecting our first child (a boy!) in early March, I keep very busy! Whenever I can, I grab a few minutes here and there to read some fantasy books, old Inquest Magazines, and play the occasional old-school video game on my Sega Genesis or Sega Saturn.

In the realm of Magic, I have enjoyed this game since the release of Visions back in 1997. It wasn't until Shards of Alara block was printed that I became eager and persistent enough to try competitive play. This was also around the time I became interested in Legacy and, in turn, MTG Finance. I purchased all the cards I needed to build an Ad Nauseam deck and when I saw an increase in these card values, I became intrigued with the concept of having a hobby that can also pay me back. For a couple years I played as many brainstorms as possible while also keeping a close eye on the happenings in the financial market. Since then I have won a few local Legacy tournaments and I went 6-2-1 at GP Columbus last year, missing Day 2 by one tie! I wrote a finance column for Red Site Wins for a couple months before coming here to Quiet Speculation.

While I am relatively new to Quiet Speculation, this recent article has caught my eye. I was exposed to a Dark Ascension card and I learned about different ways to profit from the spoiler.

3 thoughts on “Happy Holidays from QS!”