For over a year now I’ve been sharing my experiences with “Draftcycling” with you all. Draftcycling is all about getting the most out of your drafts so you can draft again at little to no expense. Of course a big part of this is winning your drafts, but another is being smart with your money.

Sometimes Draftcycles happen because you held on to a Rare you drafted because you thought it would rise. Sometimes it’s because you opened a Snapcaster Mage pack 3 and slammed it for value (Must. Be. Nice.). Other times it’s through prize support.

At my LGS, the top two finishers from each pod receive a nice stipend of store credit to be used toward anything, typically more drafts. Anyone who is eliminated in the Semi-Finals get’s a booster and most guys at my store grab the newest set out of habit. 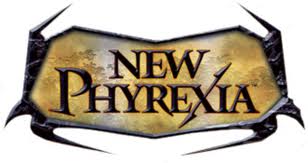 As somewhat of a known guru for numbers, people started asking me why I always ask for New Phyrexia when I bust packs. The answer is simple and I always tell them the same thing: “I want the most value out of these 14 cards as I can get, and I’m pretty sure I get that in NPH.”

Some blindly listen to me, some argue with me about some mythic here or some mythic there, so I decided to run the numbers myself.

I isolated my analysis to the boosters currently in Standard and I’m working with Buy/Trade pricing. I used two separate sets of Pricing, SCG Buy Price, and the same buy price with the 25% trade bonus. When I’m busting packs at my store I’m hoping to snag some value to trade toward more drafts, because clearly if I lost in the Semi-Finals, I’m not walking away with any store credit.

While Buy list prices are lower than the typical quoted price of the card, you can use whatever metric makes the most sense to you. If you’re able to push cards out through your EBay store at close to retail, then consider these to be YOUR buy prices and add your appropriate profit margin.

Next I estimated the average value of a pack, using buy list prices and ignoring foil values. I tested foil values for one set (Innistrad) and it only affected average pack value marginally, so I’ve omitted them from further inclusion. Also, cards that fall below buylists may still have some value to you, but I’ll assume it’s fairly small and can be easily calculated bulk.

Before you read further, which pack (of current Standard legal sets) would you guess to be worth the most? Did you agree with me?

Scars has no commons that are buy list worthy, meaning all 10 commons in your pack go at bulk rate (or trash/donation). There are 3 uncommons (Arc Trail, Memnite and Palladium Myr). The most valuable is Mox Opal ($12.50 cash/$15.63 trade), but the real factor holding this set up in value is the “Fast Lands”.

The cycle of five rare lands on their own bring in a nice chunk of change and you have approximately an 8% chance of hitting one of those five alone. I was expecting Scars to be near the bottom of the list, but they actually sit in at nearly a tie for 2nd.

As a small set, Besegeiged brought about weird Faction based print-runs, which brought a whole new element to drafting at high levels. But for purposes of value, it didn’t seem to affect much. Tied with it’s older brother, it has approximately the same value when opened.

Also, no commons at buy list levels and only one uncommon (Go for the Throat). Sword of Feast and Famine and several other staple rares and mythics keep the set afloat. Of note, Mirrodin Beseiged had the lowest number of cards that appear on SCG buylist total (17). Keep in mind, it is a small set, so there are about 20 less rares and uncommons in the set.

Another Small set, but one that has a common (Vapor Snag) as well as 7 uncommons that appear on SCG Buy List, combined with an average amount of rares and mythics as the other sets.

However, the fact that 7/35 uncommons (Beast Within, Dismember, Dispatch, Gut Shot, Shrine of Burning Rage, Shrine of Loyal Legions, and Tezzeret's Gambit) in the set have Buy List value, which means you’re really likely to hit something. Hopefully some of these cards sound familiar as targets I’ve mentioned in the last few months.

New Phyrexia is the clear leader, about 15% higher than the other two packs in the block.

Core set returns, as we all dreaded opening reprinted cards, and fear that our existing stock is bleeding value as new copies hit the market. Luckily for Mr. Core-set, he has 5 planeswalkers and 5 titans using up 10 of the 15 mythic slots and floating the value of the packs at a reasonable level.

We do get Ponder at common, but now even Mana Leak has fallen to bulk status. If you’re able to get value out of Core Set commons, you may be able to bump this value up a bit, but not by much.

From a draft standpoint Innistrad block has been extremely entertaining, but, for the most part, it hasn’t made much of a splash in constructed with only a few bold exceptions (See: Snapcaster Mage). However, what isn’t made up with huge singletons is made up for in volume.

Innistrad boasts the highest quantity of non-bulk rares (20/59), many of which are from the two cycles of rare lands. A super high Rare in Snapcaster Mage and a still afloat Liliana and Garruk keep Innistrad at a respectable, yet unexciting, level.

Last, but certainly not least. Oh, wait, it is least. By a long shot. And I’d contend this will continue to decline rapidly. As the buy list currently stands, SCG is buying 1 common (Faithless Looting) and 6 Uncommons (4 of which are the Tribal Lords). Huntmaster and Sorin are the only cards above $6 cash, and if they come down at all this pack just won’t be worth opening.

What does this mean to you?

What is your outlet for cards? How do you get Sealed product?

To be honest, I’m tempted to start stocking up on New Phyrexia boosters. Boxes sit around $90 on eBay, but anyone who has access to good deals on Cases can likely find something better. Even at $90, you’re paying $2.82/pack, so you’d need to be making a full 100% margin off Buy prices to break even. But for some, that’s not unreasonable. Finding them closer to $2.25 a pack would be ideal.