Each of us has our own reasons for playing Magic. For me, one of the main motivating factors is the opportunity to travel. Some of the best experiences of my life have been on Magic tournament trips. When I told my friends at work that I was traveling all across the East Coast this summer they were astonished. Most people do not get the opportunity to do that.

Magic has led me from my home town of Pittsburgh all the way up to the plains of Minnesota and down to the Music City of Nashville. Last weekend I found myself sitting down to play this great game on the campus of the University of Maryland.

Sights and Sounds of the Capitol

For those of you who don’t know, as I didn’t, the University of Maryland is actually located between Baltimore and D.C. The campus was beautiful but smaller than I expected for such a well known school. During the trip out there I kept thinking how cool it would be to see D.C. People all across the country dream of seeing our nations’ capitol. I was excited that Magic would afford me that opportunity.

Fast forward to 8pm Saturday night when four of my friends and I finish eating dinner at the best restaurant I’ve been to in a long time. As we left BD's Mongolian Grill, stuffed, we were discussing what to do for the rest of the evening. I suggested drafting my newly completed cube. But one of my friends had other plots in motion. Apparently his girlfriend was interning in D.C. this summer and she was a mere ten miles away. I did not mind abandoning my cube daydreams to accompany him to see her.

We soon learned that in D.C. ten miles translates to about an hour drive. The apartment was one of the nicest places I’ve ever seen. A window stretched across the whole living room and from fifth floor you could see into the D.C. night sky. We spent a little time hanging out and admiring the amazing view until someone suggested we find something to do in the city. One of the girls in the apartment was a tour guide so she offered to show us around.

At 10pm, I set out with nine other people on what would be one of the best experiences of my life.

We walked down the capital’s streets, streetlights shining down around us. There were lots of people out, but fewer than during the day and fewer I expected considering the city's size. After passing by a variety of skyscrapers and through overpasses where the trains echoed above, we began to walk through one of the many gorgeous parks in the city. At one point a man offered to sell us his baby and was chastised by his female companion. In spite of this bizarre occurrence, the park still seemed pristine in the moonlight.

After exiting the park, we traveled a few more blocks and arrived to see this: 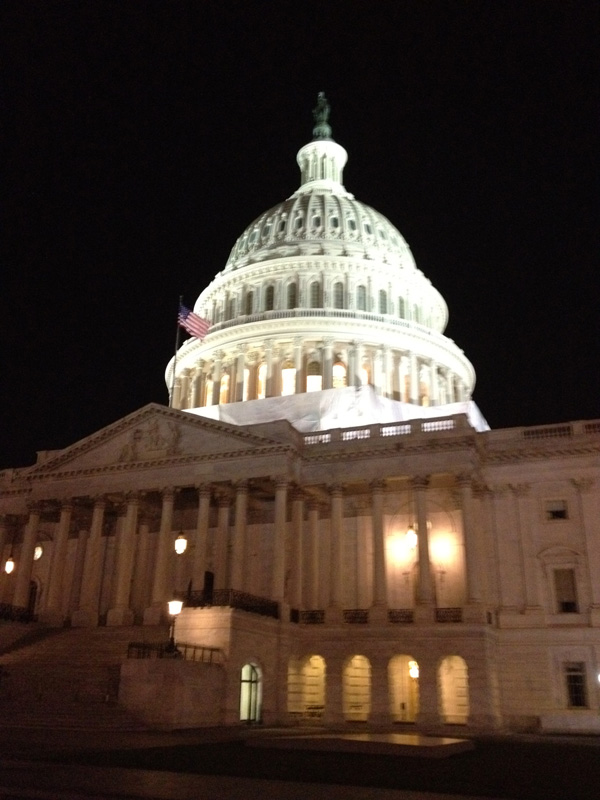 I stared, and the gravity of this breathtaking site struck me. We walked around the front of the building for a while admiring the architecture and talking about the guard, his assault rifle, and his colleague that had just arrived as backup in case our intentions proved nefarious.

We continued our journey to the other side of the building where we could see the Washington Monument, which shone brightly in the distance. After our friends on the security force showed up to keep an eye on us, we decided to head over and take a look up close. 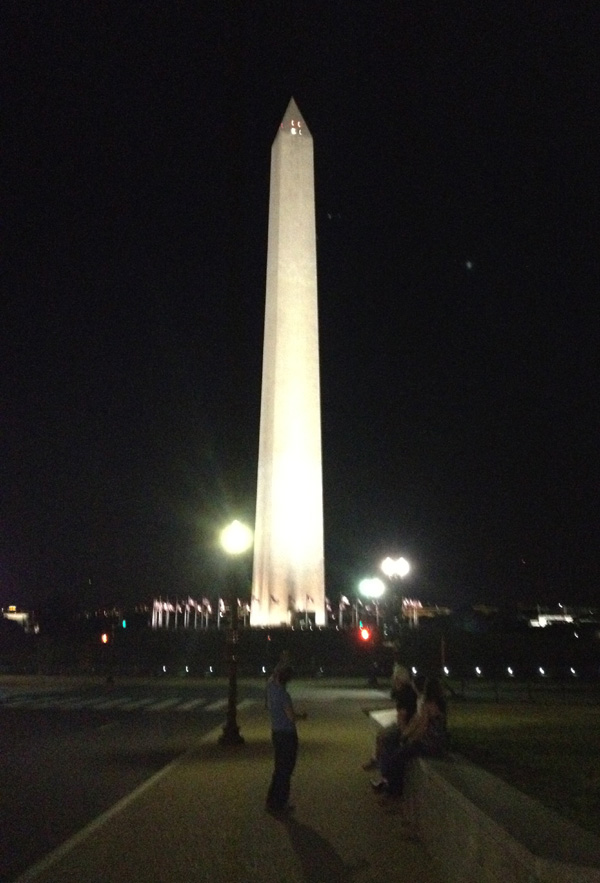 After crossing the large span of yard that surrounds the monument, I stared up at the structure. Words and pictures do not accurately portray how tall or incredible the obelisk is. We wandered around the area and passed couples sitting on the lawn and a group of bikers.

The final stop on our midnight tour would be the White House. The lights on the lawn were off so it was a bit hard to see, but it was definitely worth it. There were other groups in the area as well, some presumably to see the site where the president lives, but also the security guards on the street, and the man who had been living for years in a tent across the street in protest over something or other. 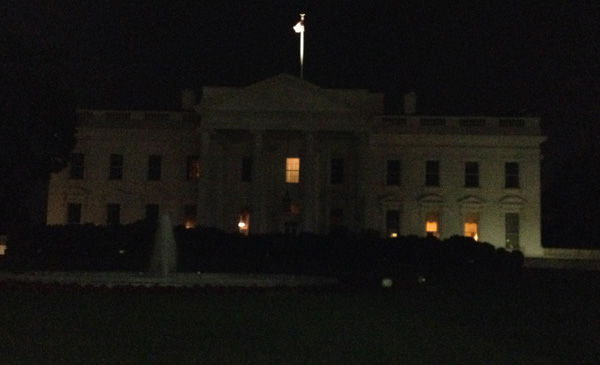 All in all, it was an epic journey. After this amazing experience, my friends and I vowed to see more of the cities we find ourselves in while playing Magic.

Rewinding to Saturday morning and the tournament proper, I had decided to play Wolf Run Black. While working with the Dungrove deck, I kept thinking how good Doom Blade is right now, especially for killing Restoration Angel. After mentioning last week that I thought black might be the right direction to go, I researched Conley Woods' list from a few months ago and based my deck off of his build.

Wolf Run Black did the exact things I thought were necessary to be successful at this tournament:

1. Beat Delver. You cannot top-eight an event or win the whole thing with out being able to beat this deck. Forfeiting the matchup against the best deck is never a good idea.

2. Have game against aggro. Another thing going for Wolf Run Black is its ability to beat aggressive decks like Green Red Aggro, Birthing Pod decks, and even Dungrove Green, although that is a tough matchup.

3. Present an inherently powerful game plan. Titans provide one of the most powerful effects printed in the last few years. They justify their time and mana investment more than any other top-end ramp card in recent memory. Haymakers like this also give you a good win percentage against unknown decks.

Although I did not top-eight either of the events this weekend, I do not regret my decision to play Wolf Run. With a few different pairings against normal metagame decks, my results might have been drastically different. The most important fact is that Delver is drastically in your favor. Playing against Delver is challenging, but I ended the weekend undefeated against the deck.

Tune in next week for a complete write up of both tournaments and more information about the deck. It is a solid deck so if you are looking for a change, try it out and post your thoughts.