The votes are in and I am pleased to inform you that the readership has asked for Part II of this article! Whether out of kindness or genuine interest I cannot verify. Nonetheless, I will remain optimistic and strive to reveal some of the deeper connections between psychology, economics and Magic: The Gathering through this second installment.

Before I return on topic, let me first make two helpful statements. First, I do intend to summarize my Grand Prix Columbus experience from this past weekend in a future article. There may be an appearance of urgency behind publishing key value information. The inherent consequence of playing Modern, a format which is now going into hibernation for a few months, implies a lackluster set of recommendations coming out of the event. In short: Kiki-Jiki, Mirror Breaker sold for a million dollars ($30) before the event started and once the tournament was underway no one would pay more than $8 for a SP copy of the card.

Second, I want to emphasize that this series of articles is purposefully different from mainstream finance articles. It is possible that some of the technical concepts shared within are not directly applicable to making profit, per se. Rather, consider this series of articles as an opportunity to learn more about how the study of behavioral economics can help us learn more about Magic trading behavior. Even though I may not say “buy this, sell that”, I want to emphasize how understanding the reasoning behind certain decisions and thought processes has a possibility of helping you with Magic trading for years to come.

The Implications of “Free”

Before I relocated to Boston and unloaded all my bulk, I possessed boxes of commons and uncommons across a couple dozen sets. This didn’t prevent me from accepting free commons from random players at the end of a draft even though they were virtually worthless and took up more space. 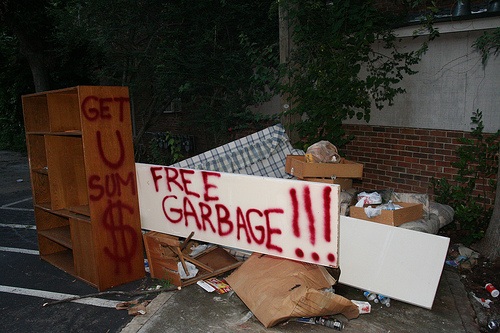 Why did I accept these freebies? Because the concept of free is so alluring that I was willing to ignore the fact that I already had excess copies of these cards and no space for them. If someone approached me and offered to sell me those same commons plus a bulk rare for $0.15, I would likely turn the deal down even though the bulk rare can be buy listed for two-thirds the paid amount.

Many studies have been done which reveal the power of “free”, and, once again, they are well-captured in Dan Ariely’s book Predictably Irrational. 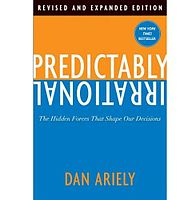 But how does the power of “free” manifest itself in Magic: The Gathering? Since Magic Cards have a well-defined economic structure, surely this concept can be learned from.

Has your trade partner ever offered a “throw-in” card to help sweeten a deal? While you may have been looking for that last fifty cents to even out the values of the trade, it’s likely that added bonus card sweetened the deal for you considerably. The “free-ness” of the card makes the deal seem that much more attractive.

Consider as a mental exercise a possible experiment. What if your trade partner started a transaction by asking you to remove a fifty cent card from his binder? Then your trade partner indicates that the card you removed would be a “throw-in” and that he would deduct fifty cents in value from the cards he or she wants of yours.

How are you feeling about this “throw-in” now? My hypothesis is that you will be less satisfied with this trade even if the rest of the cards exchanging hands were identical to the previous scenario. My rationale is that if you perceive that card as being a free toss-in at the end of the trade, you will be much more delighted to complete the deal. While if you started with that toss-in on the table before taking any other cards out, the card no longer appears “free”.

Practically speaking, my hypothesis implies a prediction of irrationality. But this is exactly what Ariely’s book is about. How one could predict a human’s behavior even though it is irrational? After all, in both scenarios you would be receiving the same net value, but your perception of the trade would be significantly different.

The key takeaway here: card throw-ins are worth more than their cash values a lot of the time. Next time you or your trade partner offers one, take a step back and consider if the “free-ness” of the card is making both parties happier about the deal even though it has virtually no impact on the overall value exchanging hands.

Have you ever had a lovely dinner at a friend’s house, with discussions ranging from the old times at college, to relationships, to politics? Now, imagine yourself thanking the host at the end of the evening and then asking “Okay, now how much do I owe you for the food I’ve eaten?”

Awkward, right? With friends, you don’t necessarily discuss money at events like a dinner party. It would be much more appropriate if you had given a nice $20 bottle of wine to the host to thank them for their hospitality rather than a $20 bill. Even if the host is a beer drinker, it is still far more appropriate within the situation to offer the wine, even though a $20 bill could have bought the host some of his or her favorite beer instead. 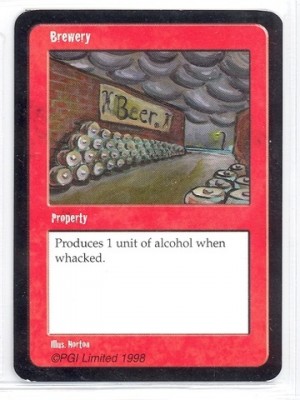 The reason for this social trend lies within the distinction between social norms and market norms. In a perfectly transactional scenario (e.g. restaurant), it’s not only appropriate but also within the law to pay cash for food and festivities. Within this realm, market norms dictate behaviors.

In social situations like interactions with friends, however, it can be a completely different ballgame. Here, even if an outcome is not economically the most efficient, social norms dictate behaviors and have a significant impact on an outcome. Even though your friend would prefer even $15 in good beer over $20 in wine (saving you $5 in the process), you simply should not offer that $20 bill at the end of the evening. It just wouldn’t be right.

This distinction between market norms and social norms again manifests within the realm of trading Magic cards. And in this case, value may even be obtainable if done correctly. The key is keeping trades within social norms rather than market norms as best as possible.

Have you ever handed a trade partner your binder, watch them open, and immediately point to your Standard staple and asked “What do you value this at?” The moment you exchange numbers, the trade immediately becomes transactional. Forget about what format he or she likes, what colors he or she likes to play, etc. All they care about (and as a result all you’ll focus on) will be value.

On the other hand, consider a different scenario where you and your trade partner browse each other’s binders discussing the latest metagame and format preferences. Perhaps your trade partner glances down at your Bonfire of the Damned and comments about how he really needs one of them for his Standard deck. You could then ask them what they are running in Standard and if they need any other cards for the deck. Perhaps you could even make suggestions on other cards that may be worth testing. 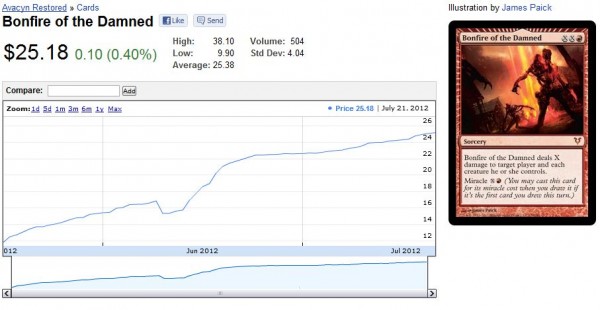 Notice the difference here? In the second scenario, you have established casual conversation and thus a mutual appreciation for the game of Magic. This may help tip the transaction into the realm of social norms.

Remember, social norms create market inefficiency to the benefit of friendship/camaraderie. With that in mind, in which scenario do you see yourself getting a better trade? Since the second trade partner has built a connection with you through conversations on a common interest, they will likely be more willing to adhere to social norms over market norms. Thus they may be willing to sacrifice some value to your benefit, whether financial or interest driven. If nothing else, you’ve developed a connection with someone, and this may pay dividends in the future.

For me, the study of the irrationality in human behavior is a fascinating topic. Being able to apply the concepts of behavioral economics to my hobby makes the field even more interesting. And rewarding.

But the object here is not to rip off all your trade partners by being phony. No one likes a fake, and I’m definitely not advocating this. My goal is to drive awareness of why we respond in certain ways and provide some coaching on how to make Magic trading a more fulfilling experience.

Next time you sit down across from someone you don’t know and exchange binders, be observant. Are they only interested in market norms, or is there a possibility to influence the outcome by introducing social norms? Can you make your trade partner happier with a deal by throwing in a freebie?

At the end of the day, you may feel like you’ve made a good trade whenever you’ve increased the value of your stock. But I would argue a successful trade is distinctively different and hinges upon both participants walking away from the exchange feeling good about it.