Standard is finally starting to sort itself out. We’re seeing less new brews and more iterations of existing decks improving on each other week to week. Rakdos deck becomes updated Rakdos deck. Reanimator becomes updated Reanimator. Bant Control becomes updated Bant Control. You get the picture. Determining what Standard cards are going to move in value depends a lot on the matchups between the top decks, and not as much on a unseen innovation appearing out of nowhere. Speculating in this type of metagame is much different than the brand new format we had only a month ago.

Picking cards in a new format means determining what types of strategies will pop out with the new set, and what existing cards will do in this new format, and what sorts of things will answer these new strategies. This season I picked up on Tamiyo as a great coupling with Jace, Sever the Bloodline as a sweet answer card. I missed the mark on Chromatic Lantern, but luckily it hasn’t cost me much as it still sits around where I bought it and it has some time to grow still. Finding cards that tweak the existing strategies to beat each other is a different animal altogether.

The Aggro Rakdos deck is now leaning on Hellrider and Thundermaw Hellkite to give them the reach they need to end the game before the slower decks can respond by gaining life with Thragtusk and Sphinx's Revelation. Cards like Slaughter Games and Duress can be used to pre-empt the problem cards, but more recently the deck has shifted to a more Mid-range build playing creatures that shift a bit farther up the curve. As the winner of the GP in San Antonio, it’s the other decks that will need to combat this new shift in strategy. Playing creatures that cost a bit more mana opens the deck up to vulnerability to sweepers. Terminus and Supreme Verdict already see play, but if this Rakdos deck is the new go-to aggro strategy, I’d expect to see more of this. Currently most decks either play a split of the sweepers, or simply max-out on one of the two in their 75. As a result we see Thundermaw Hellkite finally getting the attention he deserves around $15+ and Hellrider has climbed as high as $8. While the Hellkite can likely sustain this price until he finds himself deckless, the Hellrider has reached it's ceiling. Hellrider does come from an underdrafted set, but only can be played in specific strategies, and is unlikely to be widespread across the format. Given that most of the deck is fairly inexpensive, people will gravitate towards this deck, which is why it moved up so suddenly. I expect we'll see it drop to at least $6 almost immediately.

Lately, people have shifted to Brad Nelson’s Craterhoof Behemoth build, which relies on mana-dorks and the Behemoth to punch through for a bunch of damage. Reanimator builds have occupied a majority of my personal testing, and what I’ve found is that the Unburial Rites target itself is the most driving force to what the deck will look like. Behemoth wants lots of little creatures in play when it arrives to the scene to end the game in quick fashion. Where as, to combat the Rakdos decks, Angel of Serenity may actually be the best target. Griselbrand is best against slow grindy control decks, and I have personally settled on a split between the two. The Behemoth build is trying to put forward enough of a threat that the control decks can’t deal with it while also packing enough power into one swing to offset any lifegain. If control decks move back to a heavier assortment of sweepers this mana-dork strategy won’t be as strong. Further, there is some debate as to which parts of the color pie should be included in the manabase. Is it best as GBwr, Junk, or even newer versions featuring blue for Forbidden Alchemy and Tracker's Instinct? As far as determining profitable positions, the fat targets are the key, and are going to continue to change with the meta. As one moves up I want to be buying into the ones that are coming down. Angel of Serenity has fallen to about $15 on EBay, while Griselbrand, who still sees some Legacy play is around $8. Even though the Angel is twice as expensive, I like it as a target right now. It appears in other decks as well, including some of the Bant Control lists, and will almost certainly find a time when it will shoot back above $20. Griselbrand, on the other hand will be unlikely to appear in other decks because 8-mana is a lot more than 7, and the BBBB restriction on his mana cost is a bit unwieldy. 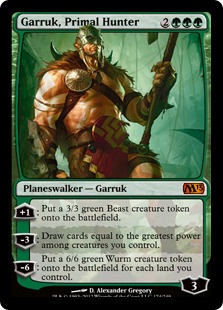 Bant Control decks have been seen splashing Nephalia Drownyard at the top tables lately, and this doesn’t suprise me at all. Going into this past weekend, Bant Control seemed like the deck to beat, and the best way to beat a Thragtusk mirror is to stop caring about your opponents lifetotal and just deck them out after they’ve drawn too many cards with a Sphinx's Revelation. Turns out, that the Rakdos deck had found all the right answers to be able to edge out the Control decks in this event, but the meta still found that Bant Control breaker to be a colorless land that required Black to activate. This increased my confidence in Nephalia Drownyard in the future, although many do not agree. As I mentioned above, these control decks will need to increase the quantity of sweepers they play if they want to survive the creature decks. Terminus is already inflated to $12 from the $5-6 when I (and others here on QS) reccomended it early in the season, I dont think there’s much more room for it to grow. What I do want to consider investing in is Garruk, Primal Hunter. He’s sold out on Star City Games around $8, and more and more Bant lists are including some number of him in the deck. Even having been printed twice, $8 is fairly low for a Planeswalker that is actually seeing Standard play. I’m cashing out my profits on Terminus and Tamiyo. The M13 printing seems to have increased significantly more than the M12 version, according to mtggoldfish.com but this may have to do with redemptions more than the card itself. Since M13 has both Thragtusk and Thundermaw Hellkite, people are going to be more aggressively trying to complete redemptions of the Core Set.

New spec targets are Garruk, Primal Hunter, and Angel of Serenity which I plan to buy into on both MTGO and in paper. What did I miss that control decks might latch onto to adapt to the newest Aggro builds? How will the Aggro decks next level those changes?

9 thoughts on “Insider: Staying Ahead of Standard”