Real Estate is always a large portion of my portfolio. No, I’m not talking about buying houses or owning REITs. I am talking about lands! Zero-casting cost, once per turn, easily playable in many archetypes and formats, these Magic cards have always been a main focus of financial discussion.

Because they are very relevant and very predictable, I try to go deeper in my speculation on these cards. Rarely will a classic mana-fixing land jump too quickly in value because of a GP breakout, but, on the other hand, these lands won’t tank after a strong showing in one tournament. You’ll rarely see a land card follow the chart of say, Craterhoof Behemoth (from mtgstocks.com):

Though you do have the oddball scenarios such as Contested War Zone, traditional mana-producing lands rarely go through such rapid fluctuations over time. These are much more stable and, as such, they could be easier to profit from.

But knowing which lands are worth sitting on and when to sell is absolutely critical. The buying and selling windows on lands is usually wider than those on spikes like Craterhoof Behemoth, but timing is still very important to maximize profits and minimize risk. And because I’ve recently shifted the lands portion of my MTG portfolio, I decided it’d be good to recap and provide explanation as to why you should consider rebalancing as well.

Non-blue Zendikar Fetch Lands have doubled in the last couple months, while Misty Rainforest and Scalding Tarn have nearly tripled. Modern is, of course, the main driver. Now that we’re in the midst of Modern season, I’m not sure how much room these have left to grow. At least in the short term, these may pull back slightly as players shift focus from Modern PTQ’s to Standard in a couple months.

For this reason, and because of the rapid jump in profits I made from these, I am cashing out of my extra Zendikar Fetch Lands. Could these run higher? Absolutely, in time. Does Wizards want Modern to have expensive mana bases? Absolutely not, as evidenced by reprinting of Shock Lands. Therefore, would a Fetch Land reprint in the next 2 years surprise me? Nope.

The chart below is the price history of Verdant Catacombs from mtgstocks.com: 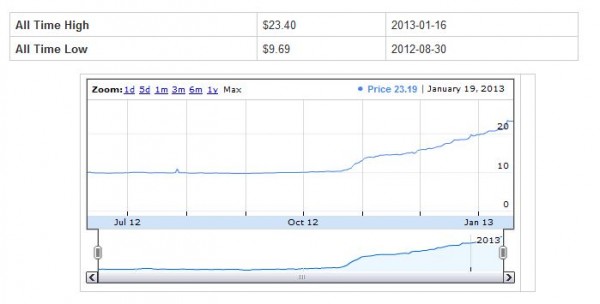 Just looking at that curve’s shape, it’s difficult to claim these have peaked in the short term. They may just rise a little further. But in a reality of finite resources, the opportunity cost is no longer justifiable to me. I’ve made my profits on these lands and it’s time to move onto something with more upside potential. Which brings me to…

These have not yet recovered from their Standard rotation, and this does not surprise me. A few months ago, everyone had a handful of these in their trade binders, all so eager to send me their copies in trades for Innistrad block cards.

But while the chart below on Blackcleave Cliffs (mtgstocks.com) may not reflect much movement in demand, my situational observations suggest they are dropping in circulation: 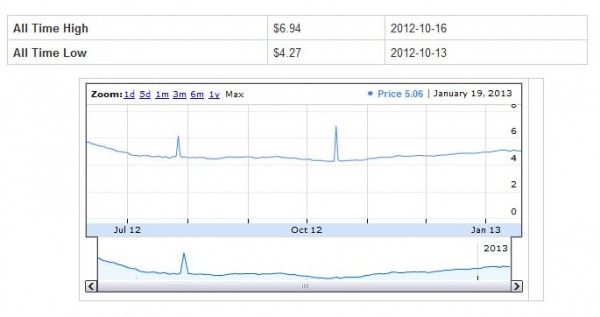 I’ve historically kept my Scars of Mirrodin lands in the back of my binder, in order to keep them sequestered and largely unnoticeable. But at last week’s FNM, multiple traders saw the two pages of these mana-fixing fast lands and asked if they were for trade. Each time I waffled, stating I was speculating on them (I’m too honest) and that I don’t want to trade them, but would for a small premium.

This blatant honesty still did not discourage everyone from wanting my Fast Lands. I ended up trading away just one set of Blackcleave Cliffs, but the trader was willing to value them at $6. Also, I received a Darkslick Shores and Copperline Gorge as part of the trade. This made the deal more palatable since I didn’t lose too much from my position.

Looking at the bottom curve in the plot above, Blackcleave Cliffs has clearly bottomed. The rise has been small, but it’s not negligible. The window to acquire these cheaply for profit is still open, and it may be a year before they really peak. But when I got home last night, I removed them from my trade binder altogether because I want to keep them all until next Modern PTQ season.

Speaking of which, I moved another set of mana-fixing lands out of my trade binder last night…

I keep forgetting that after Modern PTQ season is over, Standard PTQ season begins. Since I’m so caught up in Modern and I dislike Standard, I’ve neglected to consider how many Shock Lands are played in Standard! With so many multi-colored strategies around, Standard decks may be playing even more copies than Modern decks! After all, Standard doesn’t have Fetch Lands to rely upon for reliable fixing, so they often have to run full sets of their respective Shock Lands.

Has this already begun to happen? The chart below for Hallowed Fountain suggests not (chart from mtgstocks.com).

Seeing Star City Games recently drop their sell price on Hallowed Fountain from $11.99 to $9.99 is an even greater indicator that these are not rebounding yet. But they will, I am sure of it. When the next block rolls out and players are desperate to find the Shock Lands they need to play in Standard and Modern, these cards will begin their rebound.

Until then, these lands are out of my trade binder, to remain untouched for a number of months. Every time I can, I trade for more of them. And while I may not be able to buy a car with the investment, like some others are talking about doing in the forums, I really have no upper limit on how many I am going to acquire. If my trade partners will trade them away, I will acquire. If I find underpriced copies on MOTL, I will buy. Easy as that.

If there was an opposite of Shock Lands, it would be Innistrad Duals. These have peaked already and have flattened in price according to mtgstocks.com. Remember how awesome of a pickup Hinterland Harbor was because Simic was going to be so awesome? Much like Wall Street, the right play was to buy on the hype and sell on the news. 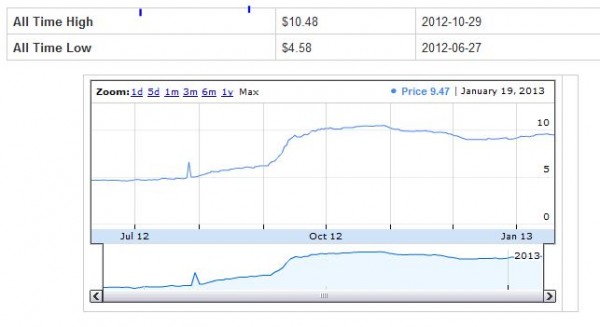 It’s very unlikely this card will again see it’s October 29th peak. The others have likely peaked as well. For this reason, I have completely sold out of my Innistrad Dual Land position. These made me some solid profits and I wish I had bought in deeper while I was pushing these every week in my articles.

But there is one caveat I should add here: Boros is looking very strong, judging by Gatecrash spoilers. After seeing a mono-red deck perform well at the last GP, I am anticipating we will see aggressive strategies re-surface in Standard. Boros Deck Wins will be at the helm of this effort. Even though I’ve sold all my Clifftop Retreats, I cannot fault you for sitting a little longer on yours. After all, it’s the only Innistrad Dual Land still sitting at its all time high, according to mtgstocks.com: 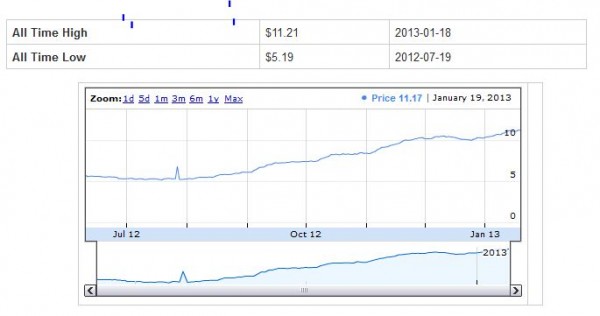 Despite this recent run, the Innistrad Dual Lands only have a limited time remaining in Standard. Soon enough they will rotate out and will plummet to $1-$2 much like the Scars of Mirrodin Dual Lands did.

Because of this, I simply cannot advocate buying Clifftop Retreats here. They may rise a little more. They may even set a record for most expensive Innistrad Dual Land. But the window to flip these will be tiny and risky. If Boros does not pan out, then these will drop back very quickly. And even if it does, I’d rather my money be elsewhere because Clifftop Retreat can only rise a little more.

Every so often it is worthwhile to check your portfolio to make sure it’s balanced the way you want it to be. This is true for both the stock market and the MTG market. It almost forces you to remove emotion from the equation and focus on the facts. For example, Zendikar Fetch Lands have taken off, causing my dollar-position in the lands to have more than doubled. By selling these and buying cheaper lands, like RtR Shock Lands, it forces me to buy low and sell high.

Sometimes we get caught up in our gains. We see how much money a speculation has made us and we hesitate from selling because we feel we can net more. But profit maximization is not about selling at the absolute peak. It’s about opportunity costs and reallocating resources where the most profits have the highest potential.

This is why I’ve rebalanced lately, and this is why I encourage you to take a second look at your positions and make sure you’re consciously thinking about which Lands you want to hold and why.

Everyone knows mana-fixing lands are worthwhile. I didn’t even touch upon some of the other noteworthy versions (man-lands, Mxx Dual Lands, Pain Lands, etc.). But even non-mana fixers can have surprisingly high values thanks to EDH. Consider…