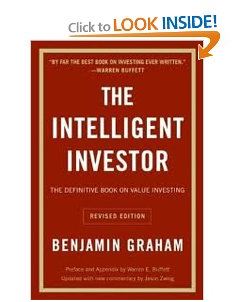 Last week I began reading a new book on investing, titled The Intelligent Investor written by Benjamin Graham. Warren Buffet, chairman and CEO of Berkshire Hathaway and one of the world’s wealthiest people, described this book as “by far the best book on investing ever written.”

I won’t attempt to summarize the book here – this isn’t a book review column and many of the concepts don’t translate to MTG Finance seamlessly. One distinction is made in the work, however, which has enough relevance to merit an entire article.

I am referring to Graham’s distinction between speculation and investing, and the associated behaviors and predicted consequences of them.

I anticipate most, if not all, readers of this column can define both speculation and investing with sufficient accuracy. To do so here would be a waste of space. Most could also identify examples of each and described key characteristics that define the two strategies.

Despite this awareness, the terms “speculation” and “investing” are incorrectly interchanged on a regular basis. Even the title of this website can sometimes be misleading. Quiet Speculation to me defines what we do (although recently our voice has gotten stronger), but Graham suggests that true profits arise from proper investing instead of speculation.

Speculation implies a degree of risk – a dependence on market factors which cannot be controlled. Just because momentum is favorable on a given investment does not guarantee further price appreciation in the days to come. Sometimes the magnitude of risk does vary. When Sphinx's Revelation broke out in Standard, we had high confidence the price would rise and remain elevated.

But there were no guarantees. The fact Wizards prints new cards every couple months means there is a constant threat to the viability of any dominant card in Standard. That being said, the card continued to prove itself and the price quadrupled in a month. Sphinx's Revelation certainly carries less risk than something like Deserted Temple, which doubled overnight for an unclear reason.

I’m glad I asked. To invest in something is to believe in its equity. You truly view the asset as underpriced versus what it should be worth, not what the price may reach. Magic’s lengthy history enables us to identify trends to make fair valuations. Much like identifying a company’s value based on its key metrics, Magic Cards can also be valued with a similar approach.

Consider Zendikar Fetch Lands, for example. Remember when these traded under $10 each because they were leaving Standard?

Everyone and their mother knew that Zendikar Fetch Lands would increase in price once the initial rotation dip wore out. These cards are critical in many formats. The creation of Modern was a lucky event for the Zendikar Fetch Land investor. But even without that sudden jump in the middle of the plot, these lands were still a great investment. The opportunity was so great on these cards that speculating on most other targets seems pointless in hindsight.

Other examples of investments (as opposed to speculation targets) include foil Zendikar Basic Lands, foil Unhinged Lands, foil Jace, the Mind Sculptor, Legends Legends, and Gaea's Cradle (before the Legendary rule change). Each of these cards had compelling reasons to invest in them. Whether it’s their ubiquity across formats, their casual appeal, or their presence on the Reserved List, these cards were undervalued at some point in time and merited a higher price tag eventually.

We know these opportunities exist. We even buy into some of them when we feel compelled. Investing in underpriced cards seems so obvious in hindsight, but when presented with the opportunity in the present we don’t fully commit. Why is that?

Fear of losing is a strong factor here. At the end of the day, we are all still placing significant bets on a game which isn’t regulated in the same way the stock market is. There’s no governing body to keep Wizards in check. If they want to end Magic or reprint a million new Dual Lands, there are no laws against it. Fortunately, however, the scenarios where Magic dies are far-fetched.

If you want the honest truth, I think there’s a bigger factor at play here that is preventing us from making significantly higher profits from this hobby. That factor is speculation. We all wake up every day and eagerly digest the overnight MTG Finance news. Thanks to the creation of mtgstocks.com, we even have a daily ticker to review so we can understand what cards are moving. No one wants to miss a beat. Players, dealers, and speculators all lose out when they miss an event like Mox Opal.

These occurrences are exciting. The discussion is engaging. The community’s dedication to card values is addictive. This all feeds into why speculation is so much fun. But we neglect to acknowledge all the risk we are taking when we deal in this space.

I guarantee there are dozens of speculators out there who bought into Mox Opal at $25 each because of this news thinking they could profit handily. Here’s the problem: even if these people sell their Opals for $35 each, after fees and shipping the profits are marginal. And the amount of risk taken on to achieve such small profits cannot be defended.

In fact, Mox Opal would have made a terrific investment back in October 2012 when Scars block rotated out of Standard. The card is played heavily in a strong Modern deck and a weaker Legacy. What’s more, Corbin put it best when he said Mox Opal was a good investment simply because “it has the word ‘Mox’ in it.”

I know speculating can be fun and addictive. We all get a huge thrill out of buying a dozen copies of something and selling it one week later for more money. But with the amount of risk and effort this takes, it is impossible to claim that this is an easier, lower risk way of making money from Magic.

If profit is your primary goal, you should be investing and not speculating. Do your homework, look at historical trends, and identify which cards are underpriced vs where they should be in a year or two. When you identify an opportunity, invest heavily and wait patiently. While everyone else is floundering around trying to flip their Deserted Temples, you can sit on the sideline and enjoy the craziness.

What Are Today’s Solid Investments?

This is a loaded question. While it’s easy to speculate (everyone has an opinion), and it’s even easier to identify trends as they’re happening, it’s much more difficult to identify numerous solid investment opportunities. When the Legendary rule changed, it was easy to tell people to speculate on Mox Opal. The rationale is obvious.

To recommend true MTG investments requires a greater deal of effort. We need to assess the long-term view of the game and make complex predictions. Often these predictions involve a macroeconomic view of the game such as the growing player base, a shift in format support, and likelihood of reprinting. Finally, I also hesitate to make investment recommendations because they require larger capital and a lengthier timeline. I would hate to tell people to invest $1000 in something for three years only to witness no appreciation.

With these disclaimers stated, the least I can do is list out my most current investments. Many of these won’t surprise you – it’s likely you have positions in these targets as well. I encourage you to think deeper on them and decide whether you want to truly invest here. Here’s the list of my top holdings, in order of decreasing dollar-value invested:

I could easily go on about how to manage these investments, how to ensure diversification, and how to put emotions aside while making bank. For example, now that I’ve made significant profits on my Legacy collection (albeit by luck – my intent when acquiring these cards was to play Legacy, not to make money), I intend to sell out. While this may be a difficult decision emotionally, I am eager to take some profits off the table and free up capital to invest elsewhere.

It isn’t about making the maximum amount of profit possible – this would drive you crazy trying to achieve. Instead, it’s about making significant money in a low-risk manner.

My suggestion is to decide what your priorities are. Perhaps you are after the same goals as I am: to make money while enjoying an awesome hobby. If that’s the case, I strongly recommend making a few investments rather than playing the speculation game. You may not have the same level of adrenaline in your bloodstream, but you’ll increase your likelihood of achieving your goals.

And if you insist upon doing the dance and aiming for quick flips, then at least sequester your “speculation money” in a separate place. Recognize those funds as fun money for quick flips and do not withdraw from your “investment money” to feed your speculation fund lightheartedly. Making this distinction will help you manage the emotions of your investments so that you can still profit handily while still participating in the speculation game.

Making this distinction is crucial so that “speculation” and “investing” don’t get confused. It's important to ensure that we also consider investing when we think about speculating in Magic.

I listed above my largest positions. But I have other ideas which I haven’t acted upon yet. I thought I’d mention them to see what the QS community thinks. Are these valid investments?

34 thoughts on “Insider: The Intelligent Investor (Versus Speculator)”