Happy Monday, loyal Insiders! I believe I can confidently say that last week was relatively calm in the world of MTG finance. Sure, dual lands are exploding but that’s last week’s news now.

To dwell at length on these recent price bumps would be pretty redundant to last week’s article. I’ll just say that they are all on the rapid rise and if you can find any dual lands at older prices, you’d be wise to acquire.

They’re on the Reserved List and with SCG’s recent bump in buy/sell prices, my confidence in their support of this format is highly renewed. In fact, I find myself tempted to gradually trade into a Legacy deck so I can once again experience the “magic” that is Legacy. 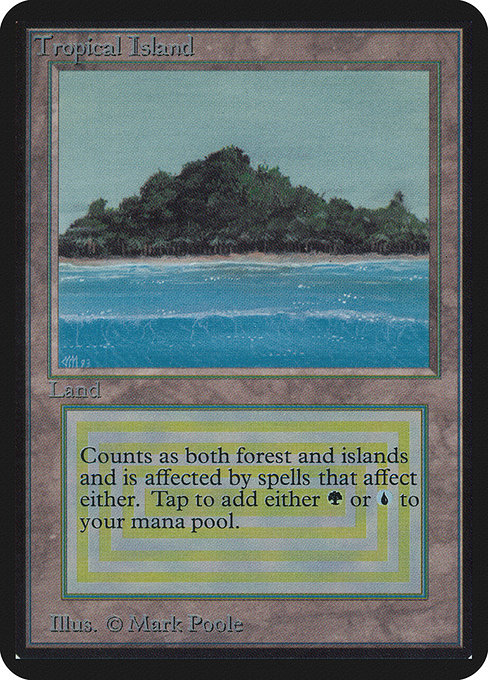 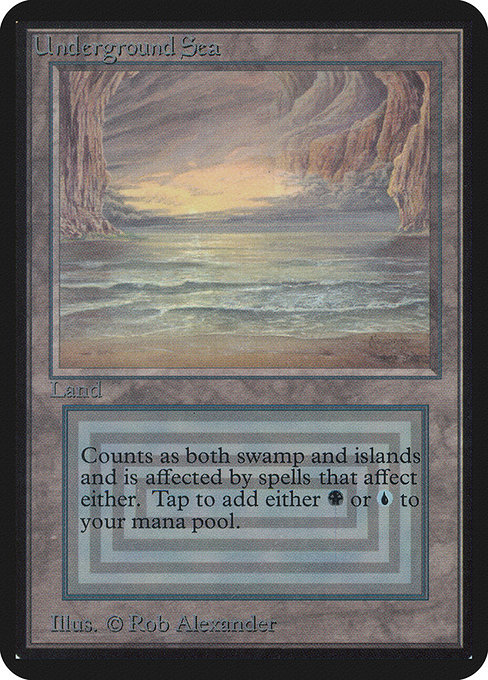 By now most of you know that Standard is my least favorite MTG format. The metagame is usually evolutionary and exciting for about a month before it’s quickly solved. And watching mono-colored decks square off against each other, along with slow control decks, is not my cup of tea. Big time snooze fest.

But just because the format is boring doesn’t mean money can’t be made. I often ignore Standard for six months of a given year, but I believe there are some prime acquisition targets right now. For example, I think it’s time to play the mana-fixing land market: Temples! 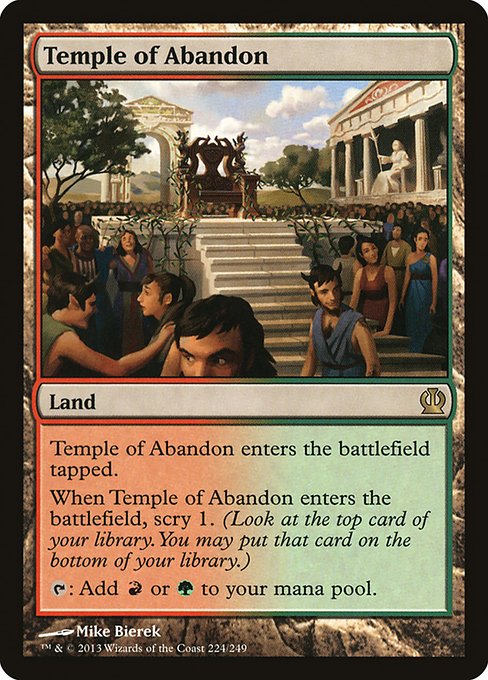 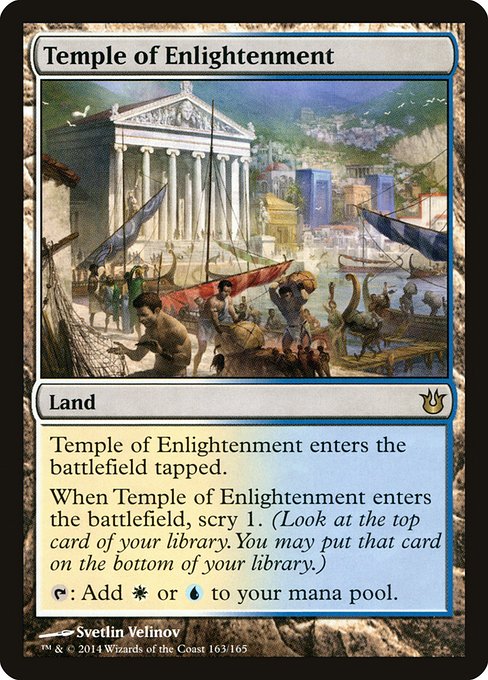 For those of you who are unfamiliar, I’ve done thorough research linking price trends of mana-fixing dual lands in Standard going back to Worldwake manlands.

Sadly I can’t even find a satisfactory price chart dating back far enough, so you’ll have to take my word on this one. Creeping Tar Pit and Celestial Colonnade went from cheap to expensive once Shards of Alara block rotated out of Standard and these (along with fetches of course) became the primary mana-fixing resource of the format. 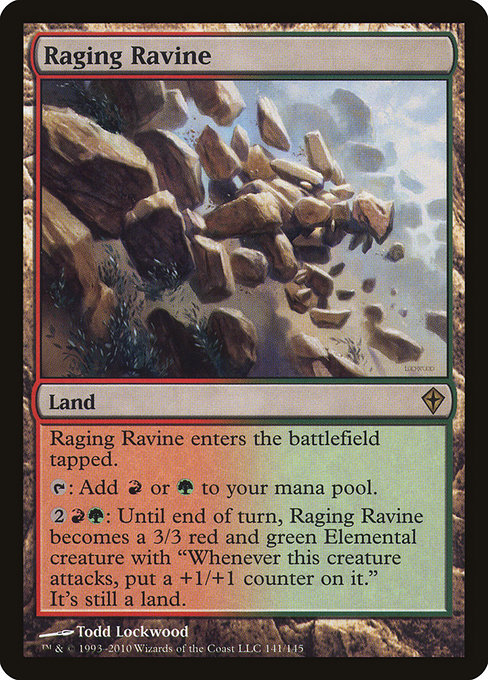 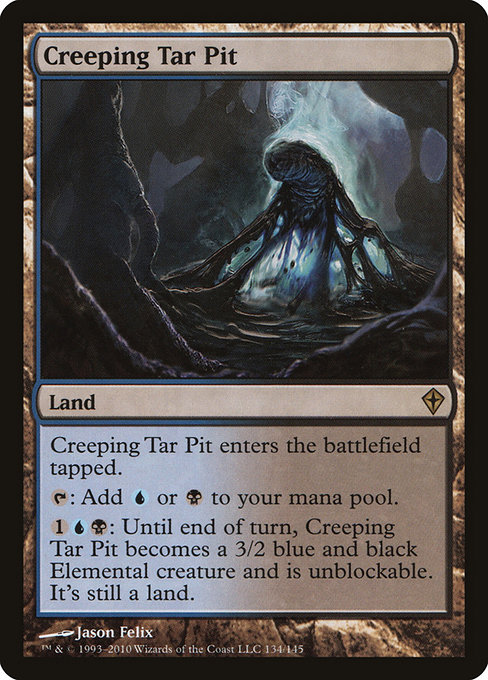 The same trend continued for Scars of Mirrodin dual lands and Innistrad dual lands. Fortunately there are plenty of data to illustrate the latter’s spike.

Notice how the price of the Innistrad duals increase by 2x-3x once Standard rotated. Even with shocklands entering the format, the mana-fixing duals from Innistrad spiked handily.

My recommendation: the time to acquire Temples is just about here. There’s still a little time left as we have one more set in Theros block. With ten Temples, the demand will be spread out more thinly than usual across all of these lands, but the general demand for them will be net-positive. The least favored Temples probably won’t hit $15 like Innistrad lands did a year and a half ago, but the cheapest ones will rise.

Perhaps the already-expensive Born of the Gods Temples don’t have as much upside. But chances are they will in fact remain more expensive than their Theros counterparts strictly because supply will be less.

Either way, I plan on acquiring Theros versions with cash and Born of the Gods versions in trades. As for the Journey Into Nyx Temples--I hope to grab these fairly quickly as they’ll be the hardest to find next year.

Talk of Herald of Torment is all over the QS Forums, and for good reason. The flying demon is powerful given his casting cost, and he also could work well with the black god due to the two black mana symbols in his casting cost.

I’m in for a couple sets and I’ll be watching Block results closely to estimate how strong he can be once Standard rotates.

Speaking of strong cards post-rotation, I normally like to acquire the wrath effect of every Standard block--it just tends to pay out. Terminus made me significant profit a couple years ago and Supreme Verdict displayed an identical trend last year.

What’s the right target for Theros block? Fated Retribution? I don’t know, instant-speed is nice but at seven mana this doesn’t quite fit the job description.

Once Supreme Verdict leaves Standard, there will have to be a most-popular wrath effect to take over in Standard. Control decks really struggle without them.

If nothing is given to us in Journey Into Nyx, then perhaps Fated Retribution is the best we’ve got. Technically it was a one-of in Marius Cholewa’s SCG Invitational Esper Control list (alongside four Supreme Verdicts of course). So maybe there’s hope for the seven-mana instant after all.

My plan will be to acquire copies of the best wrath effect in Theros block once Journey Into Nyx is released. If that happens to be Fated Retribution then so be it. I’ll buy a few sets for $10 and test my “wrath effect hypothesis” yet again.

That’s All I Got

With respect to Standard, I have little else on my radar. The format is just not inspiring to me. Cards that would normally tempt me, like Thassa, God of the Sea and Master of Waves, are risky due to their heavy reliance on Return to Ravnica cards. The devotion ability could become much worse when we say farewell to Return to Ravnica block, and without knowing anything about the next block I struggle to acquire anything too aggressively outside of my usual strategies.

Perhaps you have some Standard targets worth looking at? If so, I am all ears--please post your thoughts in the comments section below. In all honesty I’ve been making such a killing in Modern that I’ve completely neglected Standard. It’s likely others have done similarly, which means there could be opportunity in Standard if we know where to look.

The format is stagnant and uninteresting now but that could change in a heartbeat with one winning set. And if Journey doesn’t get there, then Standard rotation sure will.

In the meantime I’ll be on the lookout for favorable prices on dual lands. MOTL seems to be a good place for this--it’s a good way to shop played duals using pictures to help you determine true condition (versus rolling the dice on TCG Player). I’ll also continue sitting on my remaining Modern staples such as Restoration Angel and Scars of Mirrodin fast lands, which still have more upside this summer.

And thus summarizes my current approach to MTG finance. 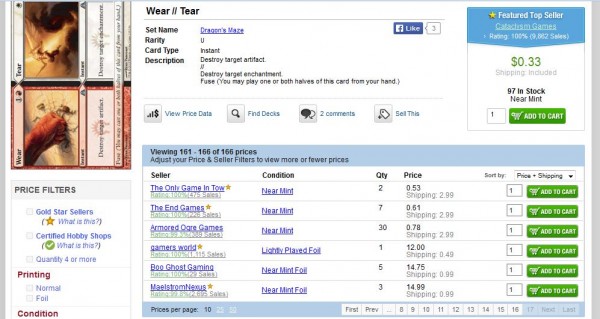 9 thoughts on “Insider: A Momentary Glance at Standard”