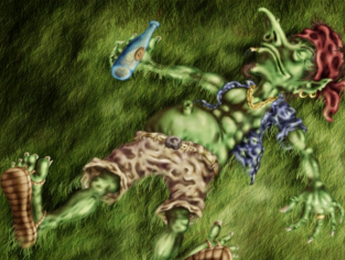 Design Goals: This card is almost entirely a functional reprint of Goblin Sharpshooter, a fun and powerful card in non-alcoholic Magic.    The main challenge was how to turn this into a proper Booze Cube card.  It's not enough to just slap "Drink Beer" onto a card and call it a day.  Well, actually it is.  But we...aim...to be a bit more clever than that.  For better or worse.

This brings up an important aspect of our Booze Cube designs.  Drinking is meant to be a cost of sorts, just like tapping, mana, or paying life.  There's one problem:  there is no in-game mechanism to limit drinking.  The only limit is your liver and sense of self-worth.   So, cards that permit unlimited drinking like "Drink (1): +1/+1 until EOT" essentially read "drink yourself Ad Nauseam  and win the game.  Hilarious, but not really balanced.  So, drinking has to be a cost with other limitations attached.  Or a consequence.  Or, in this case, both.   So, Goblin Shot-Shooter has the potential to lead to some pretty insane turns that leave boards empty and bellies (and toilets) full.  But it has inherent limits imposed by the game state.

We think this is a faithful representation of the original card ( mostly because we straight-up jacked the entire concept word-for-word ) and adds the drinking element in a fun and limited way.   Print off a copy and throw it into your cube.  It might not be first-pickable but damned if it ain't fun. 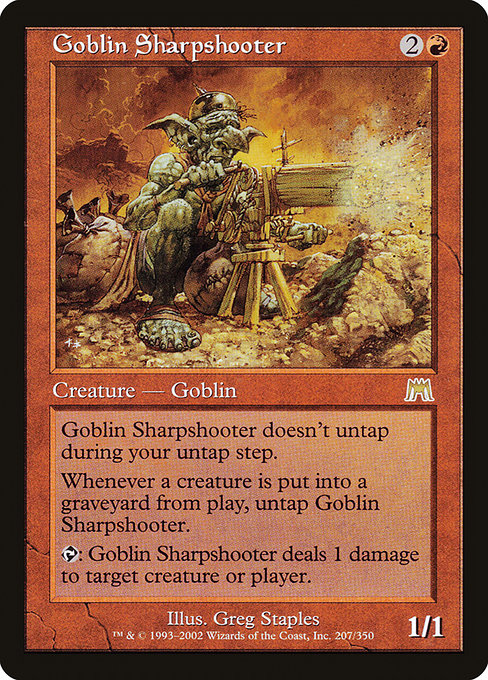