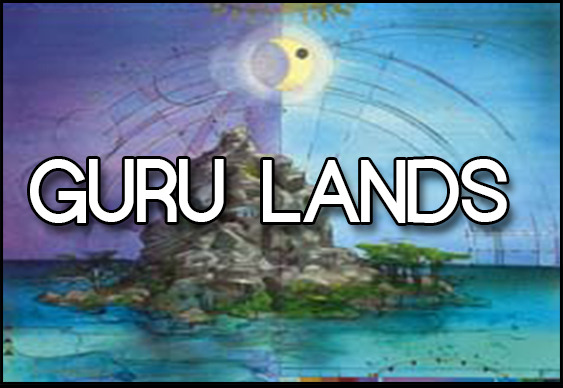 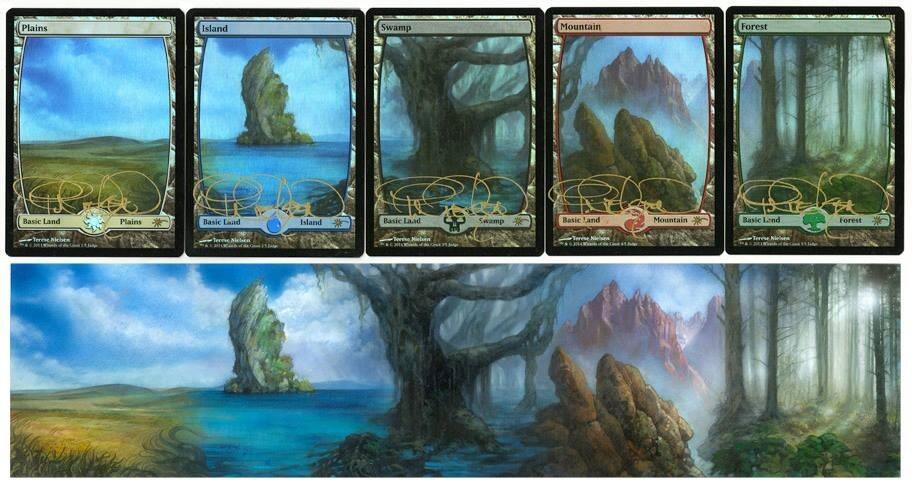 I mean, this image obviously exists. They aren't rumored to exist as much as they're rumored to be available. At first I thought these were just a laborious alter over existing Zendikar basics, but the "star" logo that used to be on foil cards coupled with the lack of Zendikar logo and Terese Neilsen's name on each card bears it out. These are rumored to be future judge or otherwise "hard as balls to obtain" promo cards. These come pre-signed according to my sources, which some don't like, but, come on. Shut up. These are the hottest thing ever.

I have no idea what the dissemination on these will be, but expect these to be expensive if they're rare. Guru lands are very rare and very sexy. Hey, didn't Terese Nielsen do the guru lands, too? That's an interesting parallel.

I love this game.

One thought on “Full Art Lands”