The Vintage Masters spoiler will be out before this goes to print (hope you fared well!), so this week we’ll focus on big-picture issues related to the MTGO economy. I couldn’t think of anyone better to talk us through these issues than Heath Newton, owner of MTGO Traders and Cape Fear Games.

MTGO Traders is the bot chain by which all others are measured. They are known for their well-stocked bots, competitive prices, and excellent customer service. They are also one of the few sites where you can buy cards from the website and have them delivered to you in the client.

Heath manages a staff of 19 employees between MTGO Traders and Cape Fear Games, so we appreciate him taking the time out to talk to us. He has tracked the Magic Online economy closely for the past 12 years, and there is probably no one better versed in how the MTGO market works.

This interview is packed with insights, including Heath’s prediction for the price of a Black Lotus, how the beta client will affect the market, how MTGO Traders prices cards, and his thoughts on speculators and the GoatBots incident. Enjoy!

Quiet Speculation (QS): When did you found MTGO Traders? How did you come up with your business model?

Heath Newton (HN): I started MTGOTraders back in either late 2002 or early 2003, I cannot remember for sure. I did not have a business model as I started MTGOTraders while I was in college by buying and selling MTGO redeemed sets on eBay. I took out a $2,000 student loan when we started the site to buy the initial inventory.

Since then the business has grown pretty substantially so I have had to really work on the business side of things. I have a computer science degree which helped me a lot with the technical aspect of things but not with running an actual business. I’ve read a fair amount of books and have some friends with large corporations that I talk to often for advice. The book I’m reading now is called The Advantage, and I highly recommend it for anyone with a decent amount of staff members.

QS: Do you ever get to play these days? What formats and decks does the man who can play anything go to battle with?

HN: It’s funny when I opened my game store I envisioned myself finally having a place in town to play games at but the longer it’s open the harder it becomes to actually play there. I have two young kids and a wife so my priorities are with them after work. I still play but I do not keep up with Standard and mostly just enjoy EDH/Commander and any type of sealed format. Sealed 2HG is probably my favorite format currently.

QS: That's one of my favorites, too. One question that often comes up in the forums is whether there a way to trade your physical cards into virtual cards. I understand that you offer a way to do that through Cape Fear Games, right? Can you explain how it works?

HN: Yes, this has been huge for CapeFearGames as it’s a major selling point to get people to give us a try. It’s actually really simple and the great thing about it is there are no eBay/PayPal/etc. fees and you get paid the same day we receive your cards M-F.

All you have to do is go to www.capefeargames.com/buylist and submit a buylist with the cards you want to sell. Once our buyers grade your cards you will get a gift certificate to www.MTGOTraders.com for the amount with an additional 20% bonus. You can use that just as you would cash on our site so you can purchase boosters, bot credits, singles, etc. It’s a really good deal and a lot of people take advantage of it.

QS: Do you have any tips for someone buying into a constructed deck on MTGO and starting to build their portfolio? Would you advise a friend to buy in now and, if so, in what format? What do you advise for people building their collection?

Depending on if the beta goes live in a month or so, that may be a fantastic time to buy in. We might have a pretty substantial crash in prices, and if we do I plan on buying a lot of inventory as well. During the last transition we saw ticket prices plummet all the way down to $0.70 each. While I do not see it being that bad this time around I do think we will see a fair amount of sell-off. I have already seen a large increase in veteran players selling off their collections before the beta goes live.

Another thing I always suggest is only buying playable cards. A lot of people think it’s a good idea to just get 4x sets so they will have every card they need but honestly you are not going to ever play 70% of those cards so it’s a total waste of money. I also suggest buying cards with PayPal because a site like mine gives 8% off when you use the coupon code “qspaypal”. 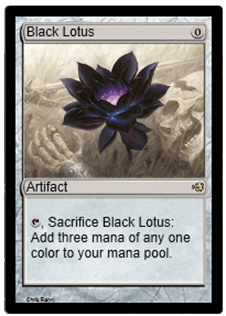 QS: You mentioned that eight days after release will be about the best time to buy into VMA. We've never dealt with Special rarity before, so I understand there's considerable uncertainty. But what's your best guess for the price of a Black Lotus eight days into drafting on MTGO? What about a Mox Sapphire? What about Force of Will and Tundra, both printed at rare?

The big thing I’m uncertain of is how much it’s going to be drafted. Mox Sapphire I would guess around $180 and dropping to $150ish later. Force I think will drop all the way to $20ish and Tundra could easily hit $15.

How much with these be worth? 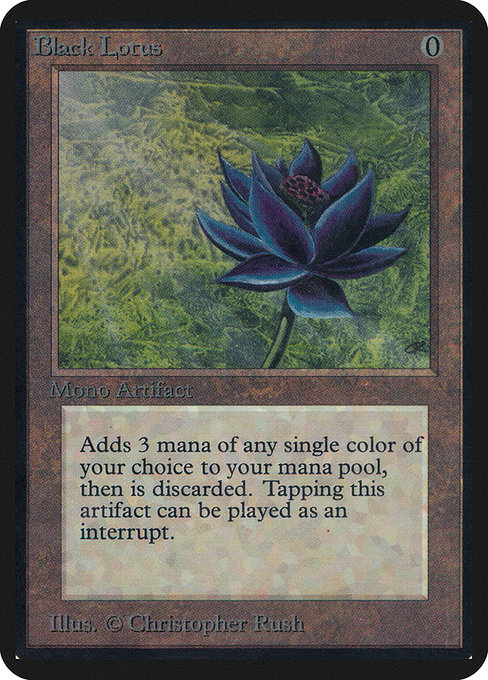 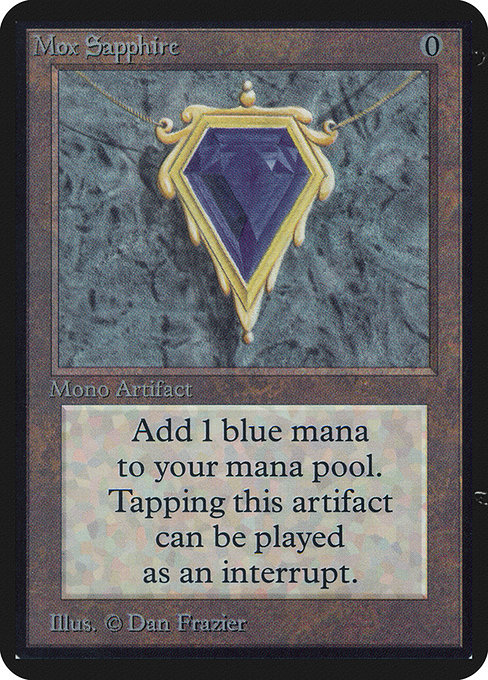 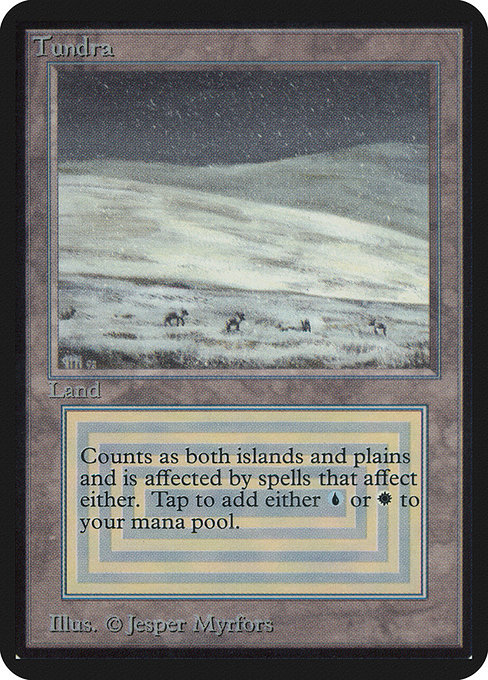 QS: Unlike some bots that actively discourage speculators, you seem to welcome their business. What are your thoughts on Magic speculation?

The thing I still have an issue with is hoarding, where a few users are able to singlehandedly drive up the price on a card by decreasing the supply. Users with big enough pockets are able to hit up all of the bot chains within a few hours and if the card is a good target they can easily double the price.

QS: How do you price your cards? Is it based on algorithms? Where does the human factor come in?

QS: I often check your Hotlist because it has excellent buy prices and will purchase up to eight cards at a time. How do you determine which cards show up on the Hotlist?

QS: Most bots make their money exclusively off the spread between buy prices and sell prices. Do you ever “take a position” in the market by, for example, selectively stockpiling cards that you think are underpriced?

I would assume that in the short term, Legacy will see a big drop in interest but I’m not sure what will happen long term. A lot of it depends on how WoTC plans to support them and how much the investment is for a tournament deck.

QS: Are you frustrated with their choice to reprint so many valuable cards? My portfolio took a major hit in the past couple weeks, and I can only imagine what happened to the major bots.

HN: I’m actually very happy about it even though I also lost a ton of money. I lost a lot short-term but being able to sell more cards will more than make up for it in the long run. I do however feel bad for collectors that were holding on to them or people that had them for their decks.

QS: You were one of the major bot owners during the transition from V2 to V3. I understand it was an extreme market disruption and many people sold their collections. What do you expect when use of the Wide Beta client becomes mandatory in July?

QS: I feel like MTGO is pushing ahead with the rollout of a product that is clearly not ready for primetime. If they go forward with this, what will it mean for the MTGO market in the short and longer term?

HN: Short-term there will be a pretty substantial sell-off from people that do not like the software or just cannot run it, and prices will drop. Long-term it all depends on if WoTC is able to make good on their promise and focus on fixing one version of the software instead of two. There are a lot of issues at WoTC when it comes to software development and I feel like we have been here before and it’s just more of the same. I love the guys that work there but sure wish whoever is hiring players instead of programmers would figure out that they need to start hiring some higher paid software developers with experience.

QS: What bot software do you use?

HN: We use the cardbot software. They no longer rent it out.

QS: Are you ready for Version 4? Do you know if "MTGO Library" bots will be able to operate on the new client? I expect in the early days of the switch-over there will be fewer bots online, and thus less competition.

HN: We are ready now. Our bots are completely ready and I’m hoping they will fix some of the chat issues which makes it really hard to properly interact with customers and deliver orders. The “50k” binder limit is also a very major hurdle for us and something I’m hoping they will increase to at least 150k.

QS: Several months ago you and other bot owners were vocal in your concern that Goatbots may have “hacked the client”. Goatbots was ultimately banned by Wizards and just came back online with a rebuilt bot software. A couple weeks ago, Goatbots took to Twitter to claim that you had hacked the client. What does it even mean to hack the client, and what are the implications for users?

QS: What are your hobbies outside of MTG ? What do you do to blow off steam when the Beta client crashes?

HN: My hobbies include spending time with family, disc golf, being active in my local church, surfing, any type of table top games (I don’t play RPG’s though), pickup games of any team sport, running, etc. I love being outdoors and love competition so any sort of outdoors sport I’m typically game for.

When the beta crashes I typically go play a quick game of Titanfall or if it’s down for a while I’ll head into CapeFearGames and hang out.

QS: I hope there are fewer beta crashes in our future, but at least it sounds like you have plenty to keep you busy. Thanks again for your time.