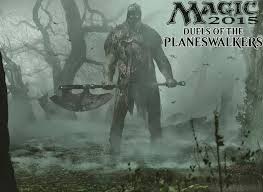 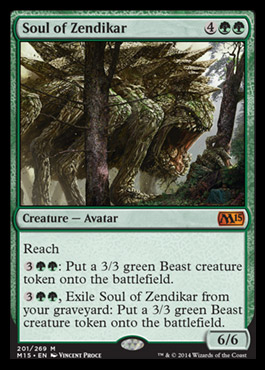 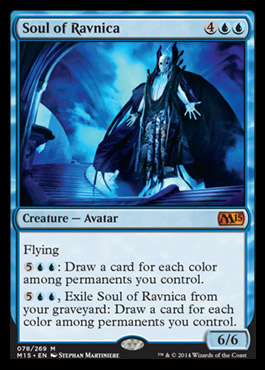 There was some speculation that "Soul of Zendikar" was proof positive that Fetchlands were getting reprinted in M15. "How could they not?" everyone said. "Zendikar is the plane where M15 takes place, clearly. Sell your fetches!"

Well, I didn't jump to such conclusions because I didn't think we had enough data. The spoiling of Soul of Ravnica puts a pin in that little theory. Sorry, everyone. Better buy those fetches back so you can sell them during Modern season.

These are not great for 100 or 60 card decks, but I imagine 40 card decks will be glad to have them. Although, calling a Mythic "good in limited" may be damnation with faint praise. 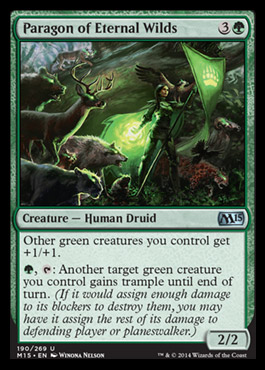 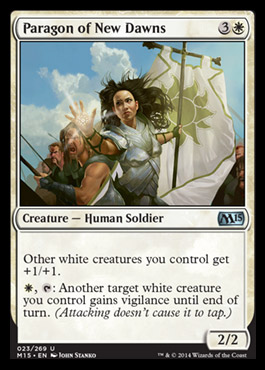 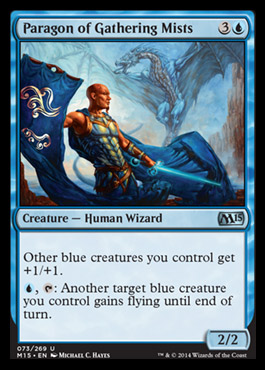 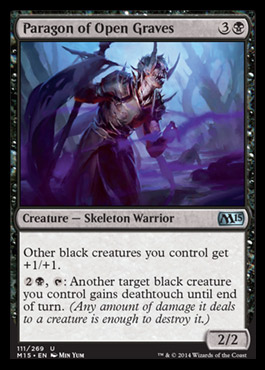 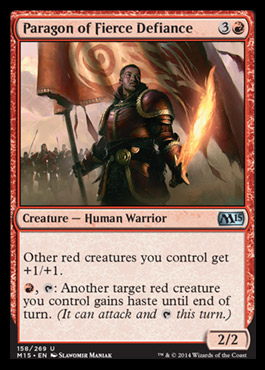 Well, these are financially irrelevant. I think they'll be playable in Limited, though. Buffing other creatures is solid and granting Flying or Deathtouch or Trample is amazing - Vigilance is fine and Haste is historically not great. Remember, these only target a creature of the same color- narrowing their appeal a bit. How many blue non-fliers do we expect in the set? 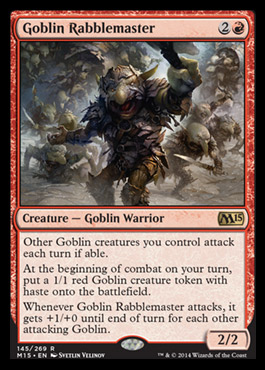 This could do something. I don't think Legacy gobbos wants this guy, and we'd have to get quite a few good goblins in M15 to make this worth it in Standard, but casual decks will jam this. Lords historically end up worth more than you'd imagine, and this guy is a built in Goblin Assault which is appealing. I like this guy a ton, and his durdliness should make him drop under the radar initially which gives us an opportunity to pick these up on the cheap later. Is this going to be the next Captivating Vampire? I don't know. I will say that you buy Lords. 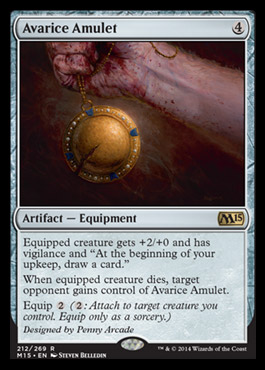 Ugh. You don't want this. Drawing cards is good. Rewarding your opponent for killing your creatures is not. 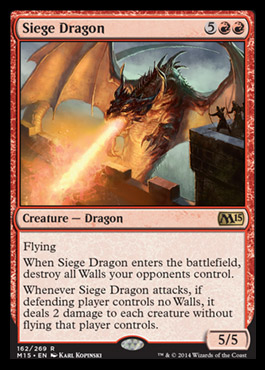 So I guess there will be a lot of walls in M15. Why print this card otherwise? They wouldn't print a dragon that said "Destroy all creatures with banding" and I don't think this card would reference walls if there were none in the set. This is so narrow I don't see it tracking with other dragons in the future, so I think this is a future bulk rare. Could standard end up slow enough that a 7 drop dragon is good enough? Cooking their entire ground seems very, very strong, but 7 mana is a lot for 60 card games. Time will tell on this guy. Don't preorder. 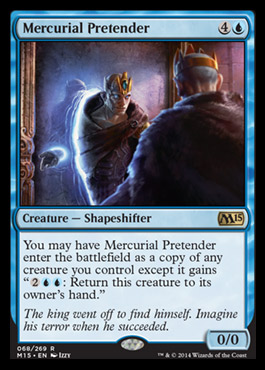 This is either better or worse than Clone depending on what you end up wanting to copy and how often. Too slow for standard, and too "not Phantasmal Image" for eternal. I don't like it. 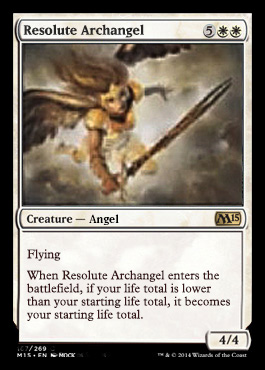 This is an angel and it has a very splashy effect. Trade these off of spike and ship these to Timmy. 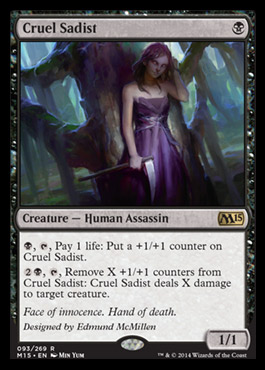 You'd have to be a masochist to play this sadist. 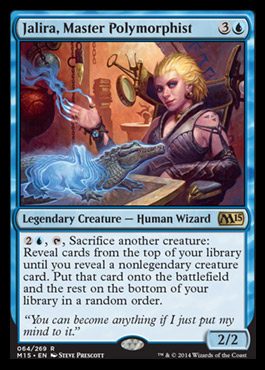 This is silly in EDH. I could easily see this in a deck with Shape Anew where the only non-Legendary creature is Blightsteel Colossus. This has a ton of potential and 100 card players are already big on this. Its non-mythic status will really hurt its potential. In fact, I'm not convinced this won't be mythic given the errors we saw in Duels 2014. 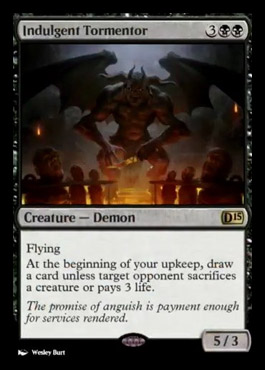 Wow. This is quite good. His body is disappointing, but that card advantage is solid. The question is whether this could see play when Bloodgift Demon did not. The future metagame will be very different. Will it be different enough to give this guy a chance? Either way, I bet his pre-order price is too high. 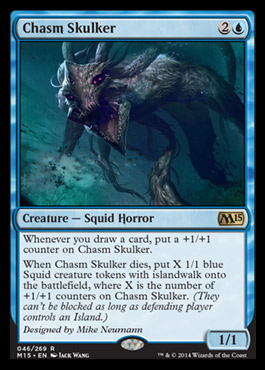 Vorel of the Hull Clade decks want this. I don't know what else does. It's just rare, so that hurts it. This is great in limited, great in select 100 card decks and interesting enough that it may get some play. Likely a bulk rare, though. 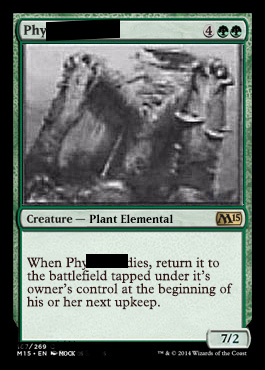 This is annoying. Very annoying. Luckily it will be summoning sick after dying which makes this a better blocker until it trades with enough dudes that they can't muster and offense, and then it's a closer. This is fine in limited, and casuals will like this, but a lot of this card screams "bulk"