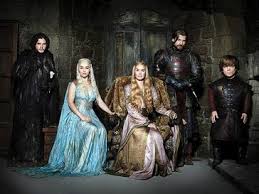 Bryan Cogman, a producer and writer on the acclaimed HBO series, has signed on to write the script for the upcoming Magic movie. I don't know what we can expect, but if it's anywhere even near GoT level, we're in for a treat.

There's still no official timetable set for the release of the Magic film, but the process seems to be moving along nicely. At this point, assuming no major holdups, extremely rough estimates say we could be looking at a film in 2016. I know that feels like a long time to wait, but I have faith the wait will be worth it.

And adding any Game of Thrones flavor can only help that.

2 thoughts on ““Game of Thrones” Writer to Pen Magic Script”