After 16 rounds of competition plus an insanely stacked top 8, Tom 'The Boss' Ross has won the second StarCityGames.com Invitational tournament of 2014 that took place in Columbus, Ohio, this past weekend. Ross, in his second straight SCG Invitational top 8, won with his trademark unique aggressive strategies in both formats: U/G Infect in Legacy and the aptly named Boss Sligh in Standard.

Tom Ross' trip through the top 8 was no easy task: Tom had to take down former Magic Player of the Year and Invitational champion Brad Nelson in the quarterfinals, the ninth place finisher in SCG's Season Two seasonal standings Alex Bertoncini, and then three-time Grand Prix top 8 competitor Ben Friedman in the finals. But armed with 17 Mountains and an aggressive strategy, Tom Ross demolished the field en route to the championship.

His Standard deck of choice, Boss Sligh, is exactly what you might expect from The Boss: attack the metagame by really attacking it. With the downswing in the popularity of both Detention Sphere and Bile Blight, Tom was able to utilize Madcap Skills, Titan's Strength, and Rubblebelt Makka to blast his way past and Jace, Architect of Thought or Courser of Kruphix that stood in his way. And while no 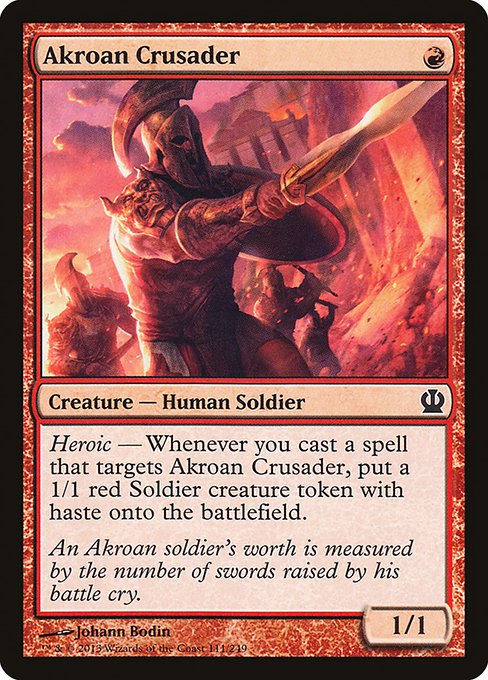 Akroan Crusader deck has had the success of a big championship before this weekend, I would not be surprised to see others take up The Boss' Dragon's Mantle and try their hand at going full on aggro this coming weekend.

In Legacy, Tom Ross has proven to be quite the expert with U/G Infect. He used strategies that hinged upon targeting his own creatures with various spells and abilities in both formats, a line that few are willing to take. But his success with Infect, notably in the last two Invitationals, has had an impact on the community. Whereas you may not have seen any other Infect players at this time last year, you shouldn't be surprised to see Glistener Elf on the opposing side of the board anymore.

In addition to Ross, Nelson, Bertoncini, and Friedman, also making top 8 were big names such as former Invitational finalist Chi Hoi Yim; current Rookie of the Year leader Jared Boettcher Platinum-level pro and two-time GP champion Reid Duke; and Florida grinder Logan Mize. The top 8 in Columbus was truly stacked, but in the end it was the master from Louisiana who took the trophy and the invite to the Players' Championship.

Also locking up an invitation to the #SCGPC in December was Season Two points winner Chris VanMeter. CVM locked up the slot even before the Invitational by lengthening his lead to the point of no return, and will join Tom Ross as well as Brian Braun-Duin and Derrick Sheets in Roanoke for the championship.

Not to be outdone, both of the Opens in Columbus had quite impressive top 8s as well. In Standard, it was Open Series grinder Festus Resendez who finally broke through with not only his first top 8 but also his first win thanks to a slightly different Mono Red Aggro deck than Tom Ross', making use of both Boros Reckoner and Fanatic of Mogis. In a top 8 that also included such luminaries as Owen Turtenwald and Matt Hoey, plus a finals win over Joshua Ravitz, this was quite the tough road to hoe on the way to the mountaintop with Mountains.

Jason Smith defeated Vintage master Rich Shay in the finals of a top 8 that also included Jacob Wilson and Brian Braun-Duin to win the Legacy Open with Death and Taxes. This is yet another top finish for Mono-White Stoneblade, and I'd expect the metagame to start responding with upped amounts of Pyroclasms and the like as soon as this weekend.

With all of the talk about dual lands in both formats, it's amazing to see three monochromatic decks take down all three events on the weekend.

Congratulations to Tom 'The Boss' Ross, 2014 Columbus StarCityGames.com Invitational champion and to both Open champions, Festus Resendez and Jason Smith!