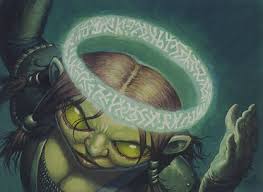 Rob breaks his mind and checks what’s in store for us with this card. Read more about it here!