This is the first article from my new series, MTG Questions. You might be familiar with the Hold ‘Em & Fold ‘Em series (rebranded as MTG Metagame Finance), which takes a tournament-oriented perspective. I decided to start this series to focus on more general aspects of MTG finance. The two series will work together, as when interesting categories pop up when I write for the MTG Metagame Finance series, this series will give me a chance to go a little deeper on those topics.

For example, in Hold ‘Em & Fold ‘Em #21, I featured another buylist order to Card Kingdom. However, this buylist was a bit different than previous buylists because the process I used changed. First off, my first buylist order to Card Kingdom was featured in Hold ‘Em & Fold ‘Em #16. As a result, some people in the Quiet Speculation’s Discord channel asked why I didn’t use something like Trade Routes from Quiet Speculation’s Trader Tools to find the best buylist prices on some of the cards. But as I mentioned in the article, I didn’t want to go through the hassle of trying to sell through multiple channels because my time is limited. Many of you probably know about the time value of money. However, the money value of time is just as important, if not more.

And although I knew I was leaving some money on the table, I told myself that I would eventually dive into Quiet Speculation’s Trader Tools, and I recently had a chance to do so.

I can’t quite remember, but I think I started doing some research on Magic apps and stumbled across MTG Manager. It looked like something that I could use to keep track of my collection digitally and also help me with creating a spreadsheet for Quiet Speculation’s Trader Tools to use in order to help me not leave so much money on the table. 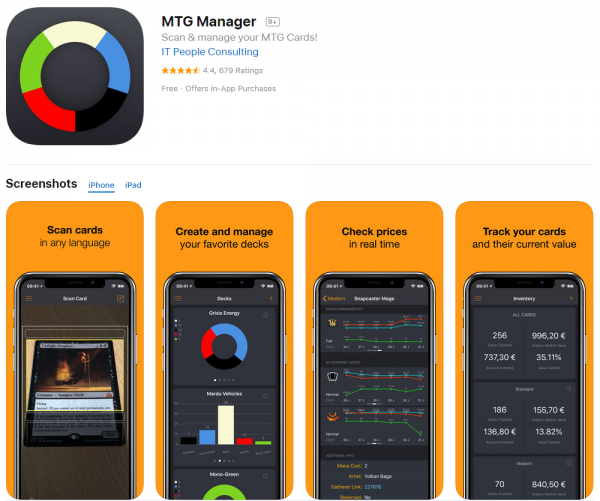 I quickly fell in love with MTG Manager. The interface and user experience is nice. And as I was using the app to catalog my collection/inventory, I noticed some areas of potential improvement. I jotted all those notes down and contacted the company. They got back to me right away saying a new version will be coming out soon as they’ve been working on a lot of the notes I jotted down. Awesome!

Once I cataloged most of my cards, I tried using the export function to send myself a spreadsheet of the bulk folder I created. It worked very nicely. From there, I was able to easily start using Trade Routes from Quiet Speculation’s Trader Tools by importing the spreadsheet I downloaded from MTG Manager.

The process was pretty easy too. I just had to format the spreadsheet a little bit and – BOOM! – I could suddenly see which companies had the best buylist prices for my bulk. Awesome! 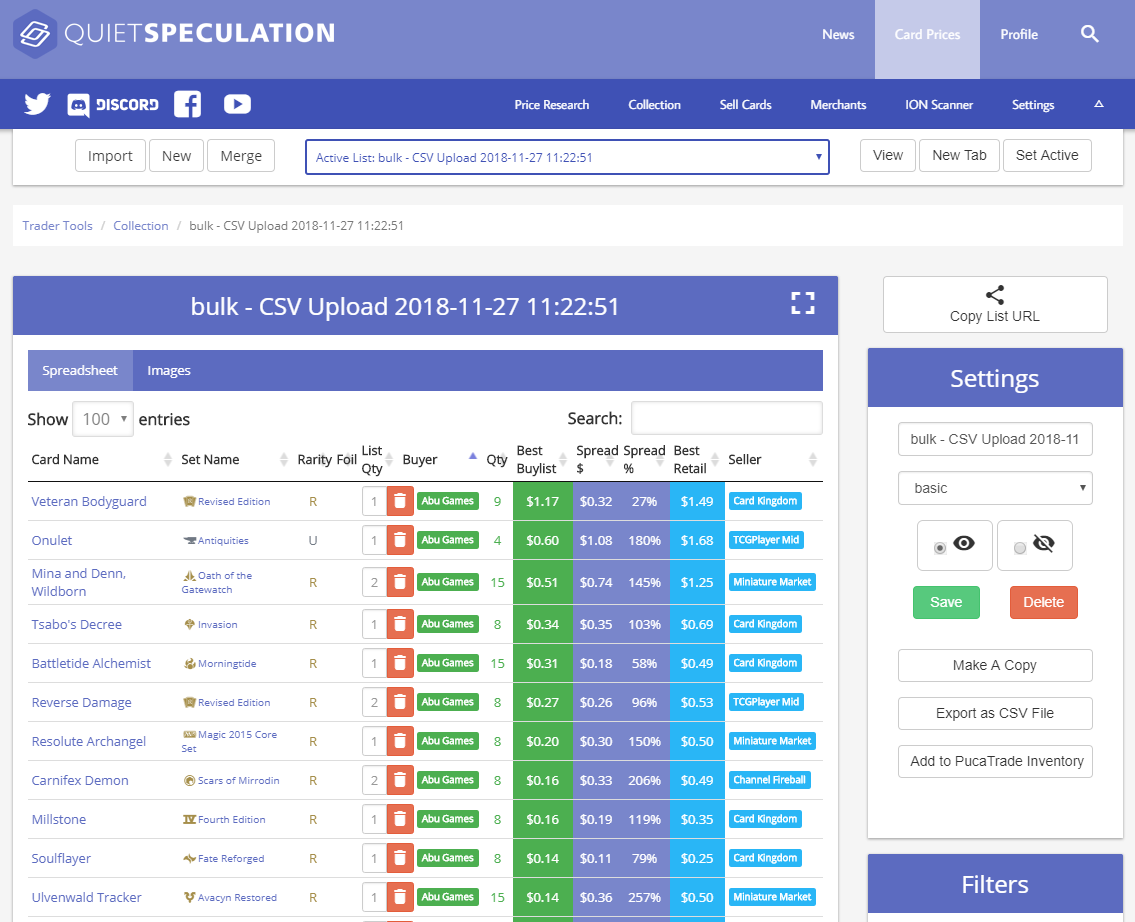 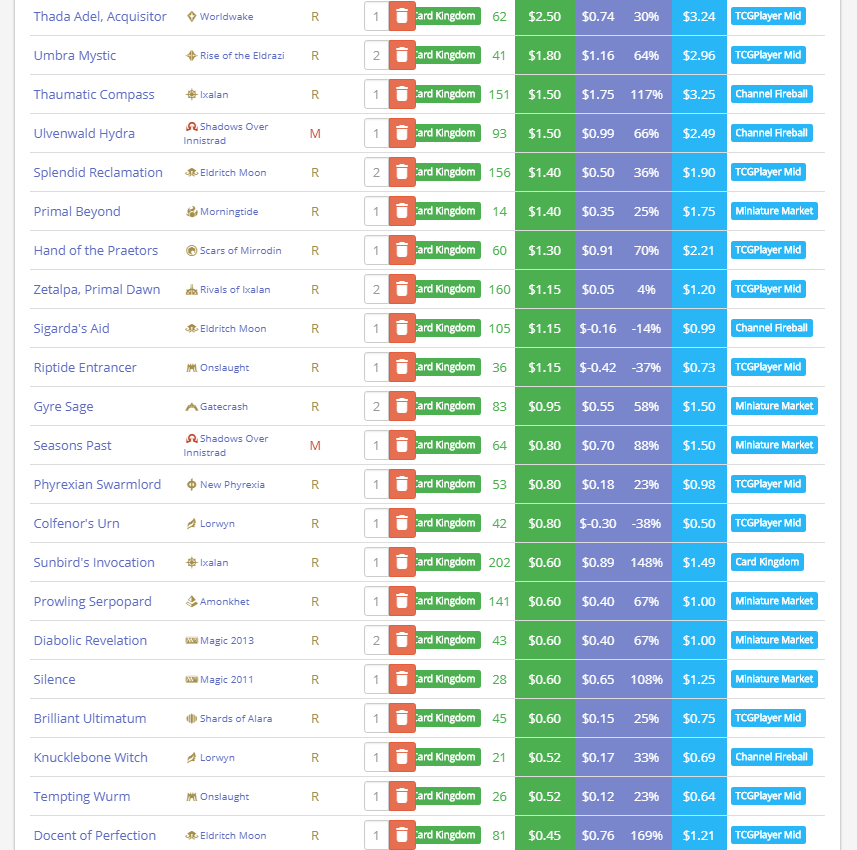 Next, I went to Card Kingdom and created my buylist order. And within a few minutes, my next buylist order was done. Awesome! 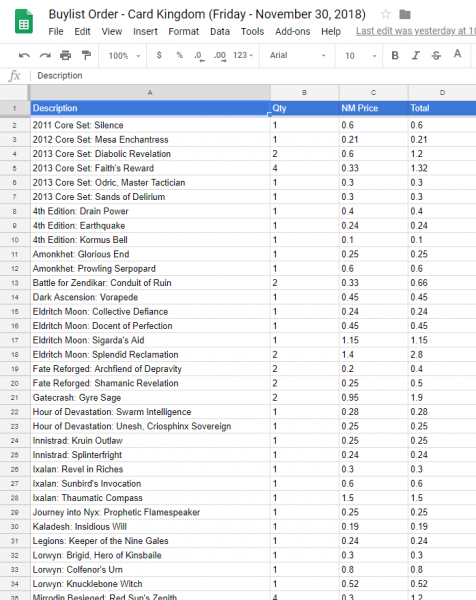 I’m looking forward to possibly doing this again with some of my speculation folders and cards. But for now, I’m interested in learning if this article was helpful for you or if you have any questions.

Reach out to me in the comments below. You can also connect with me on Twitter at @edwardeng. I’m also open to suggestions on how to make this series more valuable. Hit me up. Thanks!