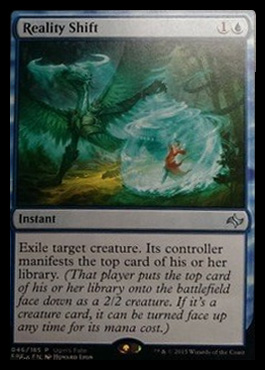 Come see all our Fate Reforged spoiler coverage Good news, everyone! Now Pongify exiles their dude and can sometimes deprive them of a spell! This card is sick. You can use it on your own creature in a tight spot if it’s about to die and you need to keep the pressure on and you […]

Carlos leads us through his trademark commander deck-building process yet again, this time with Damia, Sage of Stone at the helm and capped off by a maddening finish!