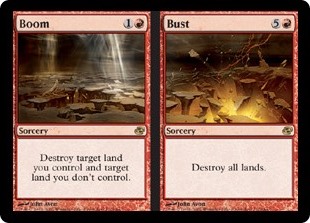 Looking for a card that could see a huge boom at the Modern Pro Tour? Land destruction might just be a busted option for that tournament.

The Pro Tour is days away and the time to buy cards before the tournament is dwindling. Adam shares insight into some potential specs he has identified.