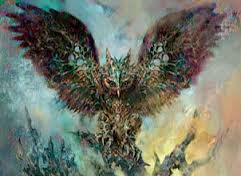 With Treasure Cruise banned, Dig Through Time is seeing more Legacy play. If you’re looking to play the full four Digs, then this Grixis list is for you.