Grand Prix Richmond has come and gone. And there’s definitely some nice cards to talk about this week that are starting to make their way from other formats into Legacy. As for Standard, Grand Prix Richmond didn’t really showcase anything new since we’re still inching towards rotation. However, we’ve got some sweet spoiler action happening.

As we move through Guilds of Ravnica spoilers from week to week, I’m going to step out of the normal article series focus for just a little bit to incorporate highlights from the new set. 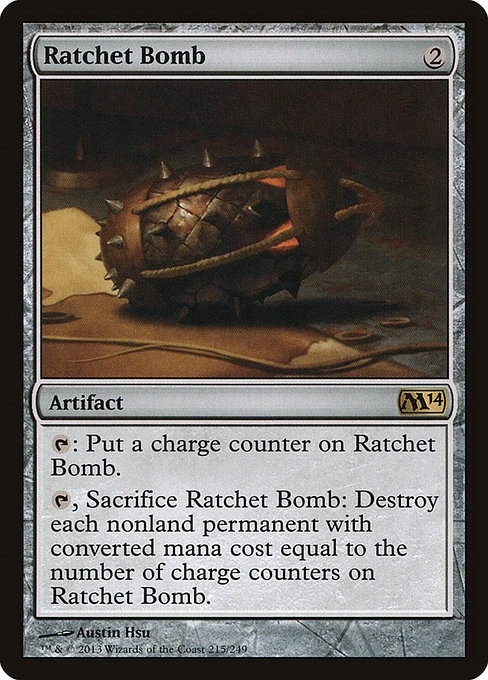 Last week, I featured Sean Allen’s Colorless Eldrazi and Adrian Hernandez’s Eldrazi Tron. And they both had Ratchet Bomb in their sideboards; four and two respectively. But the newest contender on the block in Legacy, UB Shadow, has also started running the card in its sideboard to combat troublesome cards like Chalice of the Void.

My teammate, Haibing Hu, ran two copies at the recent SCG Team Constructed Open in Dallas over the Throne of Geths that many still play. But more importantly...one of the three winners of the event, David Thomas, said that he should’ve probably played Ratchet Bombs over the Thrones as well. And now we’ve seen another Legacy master, Noah Walker, put this plan into action to crack the top 8 of Grand Prix Richmond.

The buy-a-box promos are about $3 or $4 each on TCG Player, but there aren’t that many left. And this is a Buy-A-Box Promo from a Core set, which are typically sets that don’t see a supply nearly as high as expansion sets. I’m tempted to pick up a playset even though I already have a regular set from Scars of Mirrodin. But if you need or want them, now is probably a good time to pick them up, since it’s highly unlikely that they’ll drop to their low from 2016 of $1 back, especially because they’re an artifact that can essentially slot into any deck. In fact, we’ve already started to see an upward trend on these. And last but not least, the artwork is pretty cool. 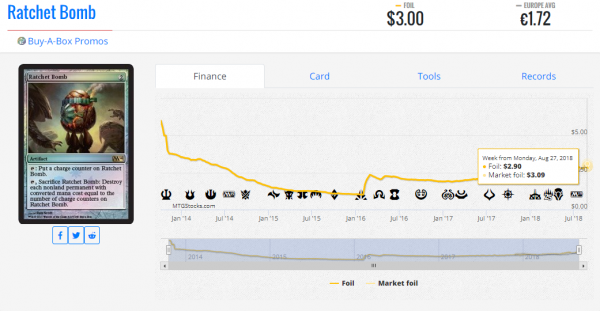 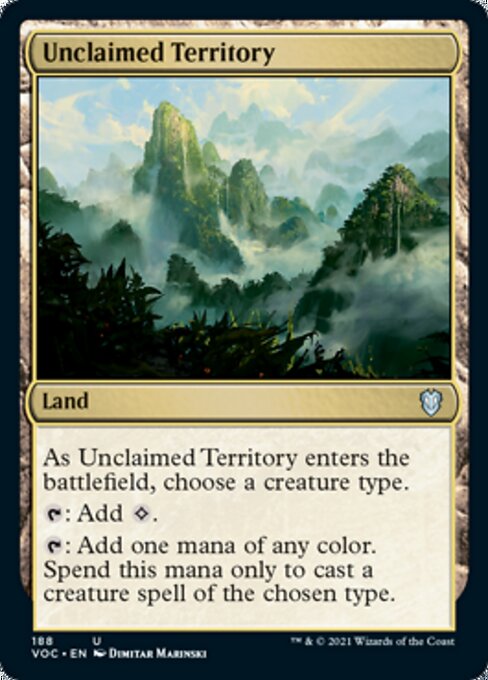 Humans is the most played deck in Modern right now, and Unclaimed Territory is an integral part of the deck. But what if Humans was good enough to compete in Legacy? Funny thing is...I played a game with Modern Humans against Legacy Grixis Delver with a friend in between rounds of a PPTQ and destroyed Grixis Delver on the draw. I guess we might’ve been on to something, as MISHICHI42 took Humans to a 5-0 finish in a recent Magic Online Legacy League.

And not only is Humans starting to show up in Legacy, but we’re also starting to see Slivers with Unclaimed Territory move the metagame needle ever so slightly. Take a look at DANIELNUNES’s list in another recent Magic Online Legacy League.

4 Force of Will
4 Aether Vial

There are quite a few of these left on TGC Player around $3, but supply will eventually start to dry up since this is a promo. And most importantly, this is one of those cards that gets better over time as more cards are printed. 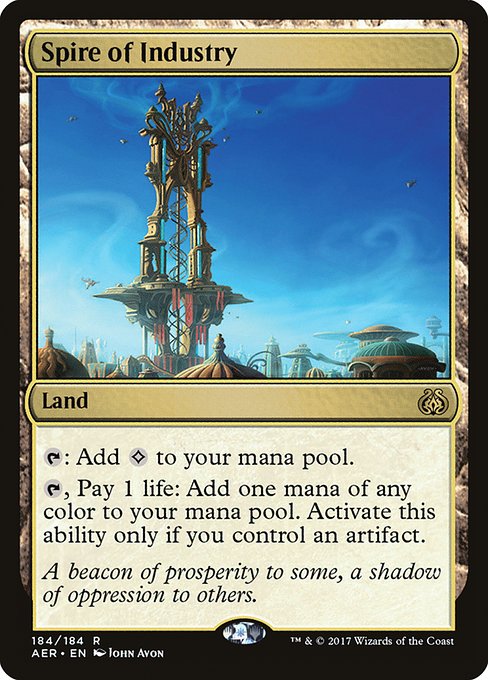 Speaking of cards that get better over time, here’s another one. And with rotation in October, this is a pretty good time to pick these up since it sees play in multiples in Ironworks Combo and Lantern Control. It’s also played in Affinity; and although the deck has fallen out of favor a bit in Modern, it often finds a way back to the top as the metagame shifts and new cards are printed. You can’t really go wrong with stockpiling useful, versatile lands on the cheap except for maybe shocklands, which have been reprinted and opened into oblivion. 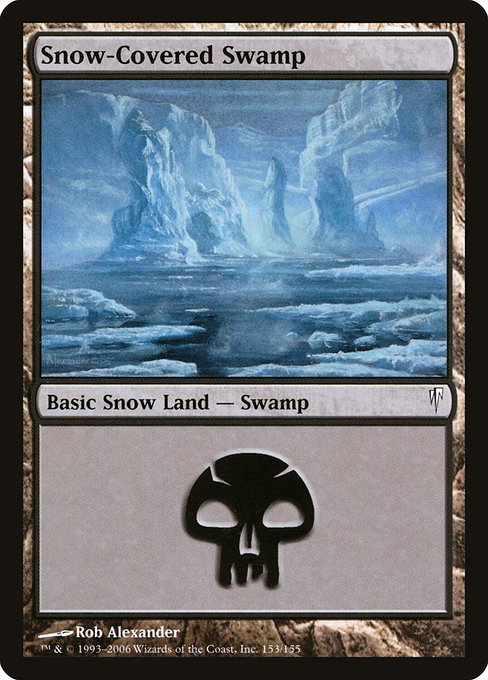 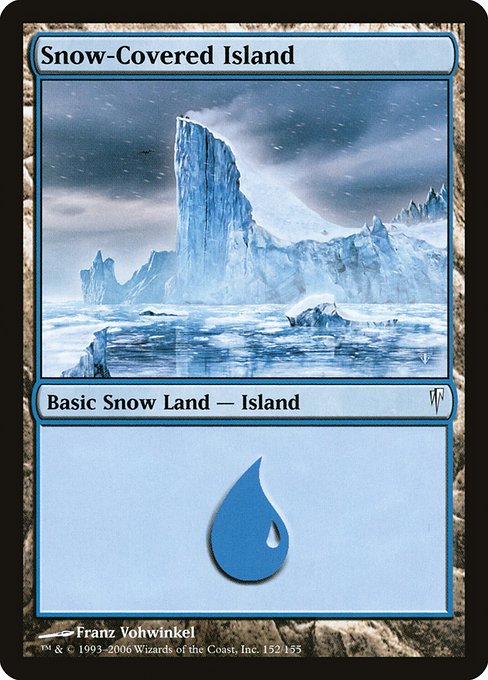 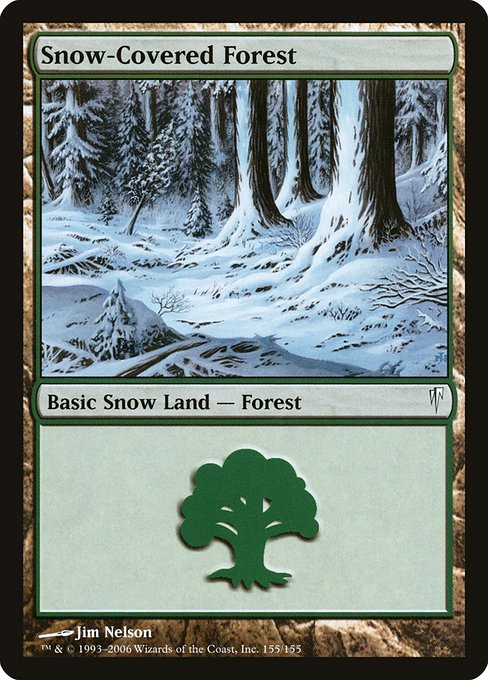 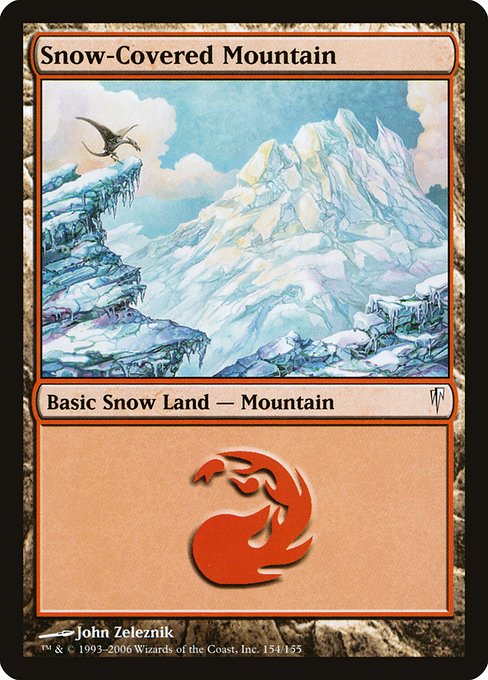 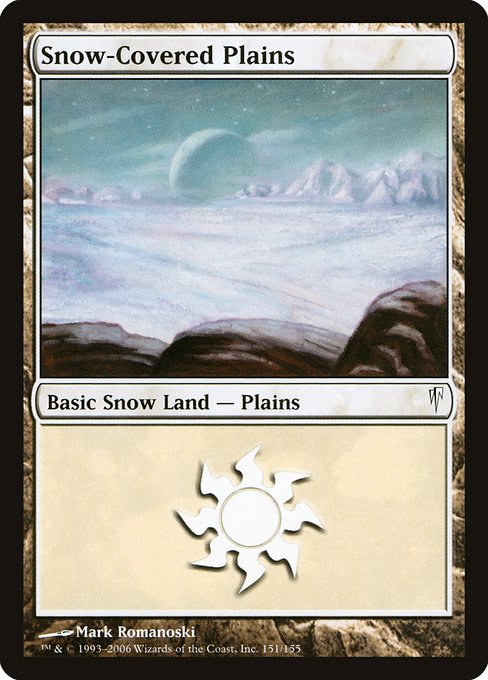 Continuing on with land talk, here are some lands that are even more versatile than Spire of Industry. Yes, you can’t use these in Standard or Limited. But in Eternal formats, Pauper, and EDH/Commander, these are some of the coolest basic lands you can put in your deck. And they’ll most likely never go out of style like special-art basics (more on this later) since it’s very tough to reprint these. They’re a bit pricey but well worth it in the long-run.

What’s a better card than Scapeshift to talk about when it comes to lands? This card has tanked in value since its reprinting and this is probably near its low because Guilds of Ravnica will soon shadow M19 come October. Titan Shift is still a very powerful deck in Modern; and just like Affinity, it usually finds a way to climb back to the top when the metagame is ripe for the deck to shine. 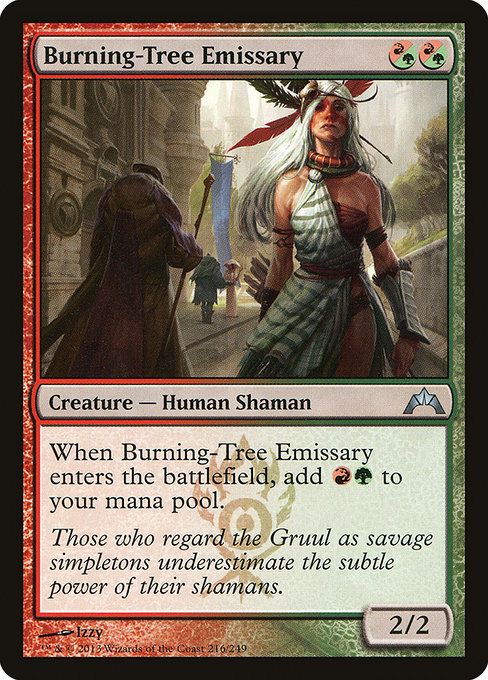 Here’s another cheap pickup from the Pauper pool. Take a look at this list from the Mono-Green master, _DissonancE_.

But the interesting thing is that Burning-Tree Emissary sometimes also pops up in 8-Whack Goblins in Modern which is an affordable alternative to the other decks in the format. Take a look at Martino Perego’s list.

Lastly, this is also another card that gets better over time. Free spells like Burning-Tree Emissary require special attention as new cards are released because they are often cogs in decks that manufacture explosive starts that can be hard to defeat. 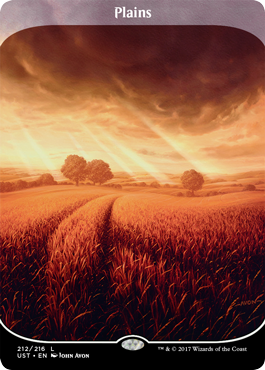 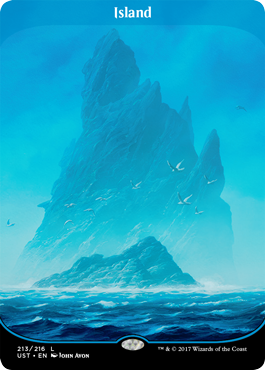 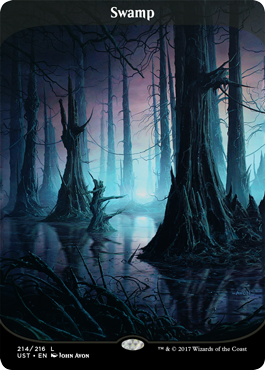 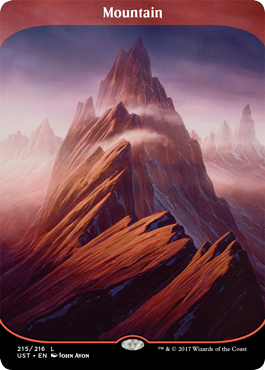 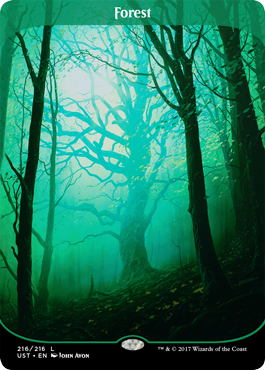 These are some of those special-art basics that I mentioned earlier. These are cool but there will most likely be cooler ones than these released in the future. A friend of mine asked me whether or not it would be good to buy and hold sealed boxes of Unstable. My response was almost immediate: fold. 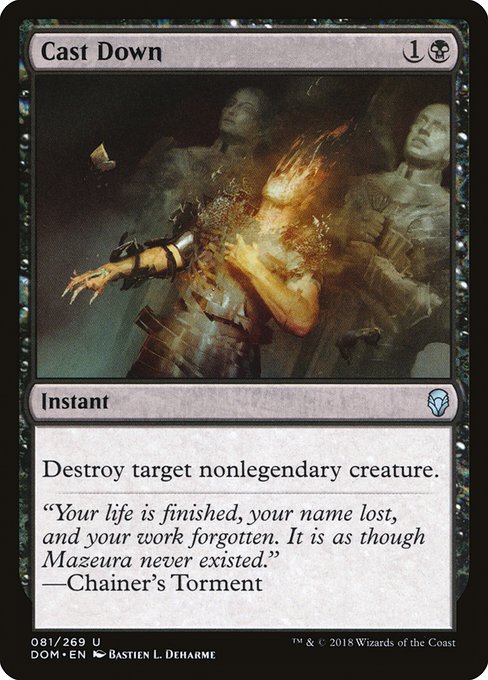 This is a Standard all-star and will stick around for rotation in which it might see even more play, especially in conjunction with Teferi, Hero of Dominaria. 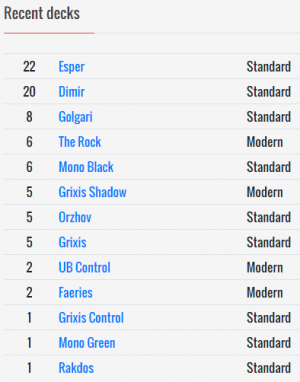 But I like this for Modern moving forward. It’s a clean, two-mana answer to many of Modern’s powerful creatures. And we’ve already started to see UB Shadow adopt the card. Take a look at __BMJ__’ s list.

I bought a playset from TCGplayer for $1.44 each on Sunday, September 2. You can always tap into my public spreadsheet on the fly to get the fastest updates regarding my analysis and moves. Don’t forget to bookmark the link. 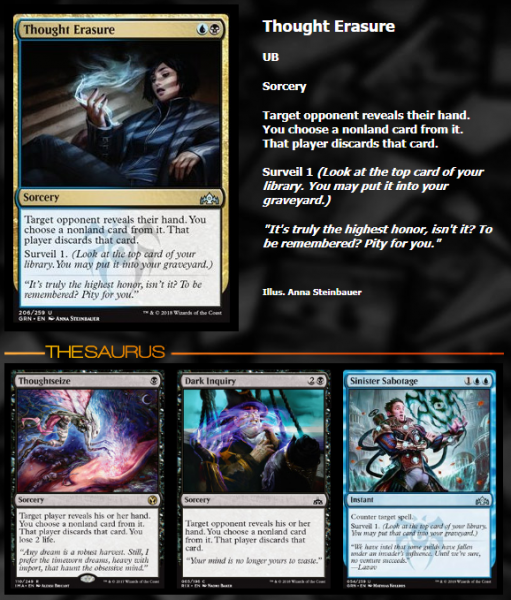 Guilds of Ravnica spoilers have started and this one is pretty sweet! Surveil 1 fused together with Thoughtseize that costs a {U} and a {B}; plus you don’t lose two life? Sign me up. This helps smooth out your draws, goes well with delve, and plays nicely with Force of Will. Keep an eye on Star City Games for when they put foils on their site. Or bookmark the public spreadsheet for updates on cards in the watchlist tab. I will probably buy at least a playset if these start at $3 each.