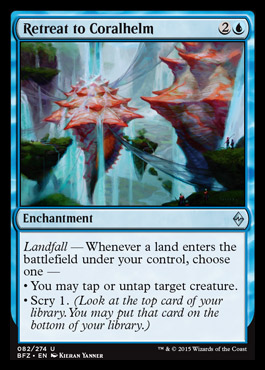 Knight of the Reliquary plus Retreat to Coralhelm was a “combo” idea kicked around for Modern, and this weekend the concept Top 4’d a Legacy Open.