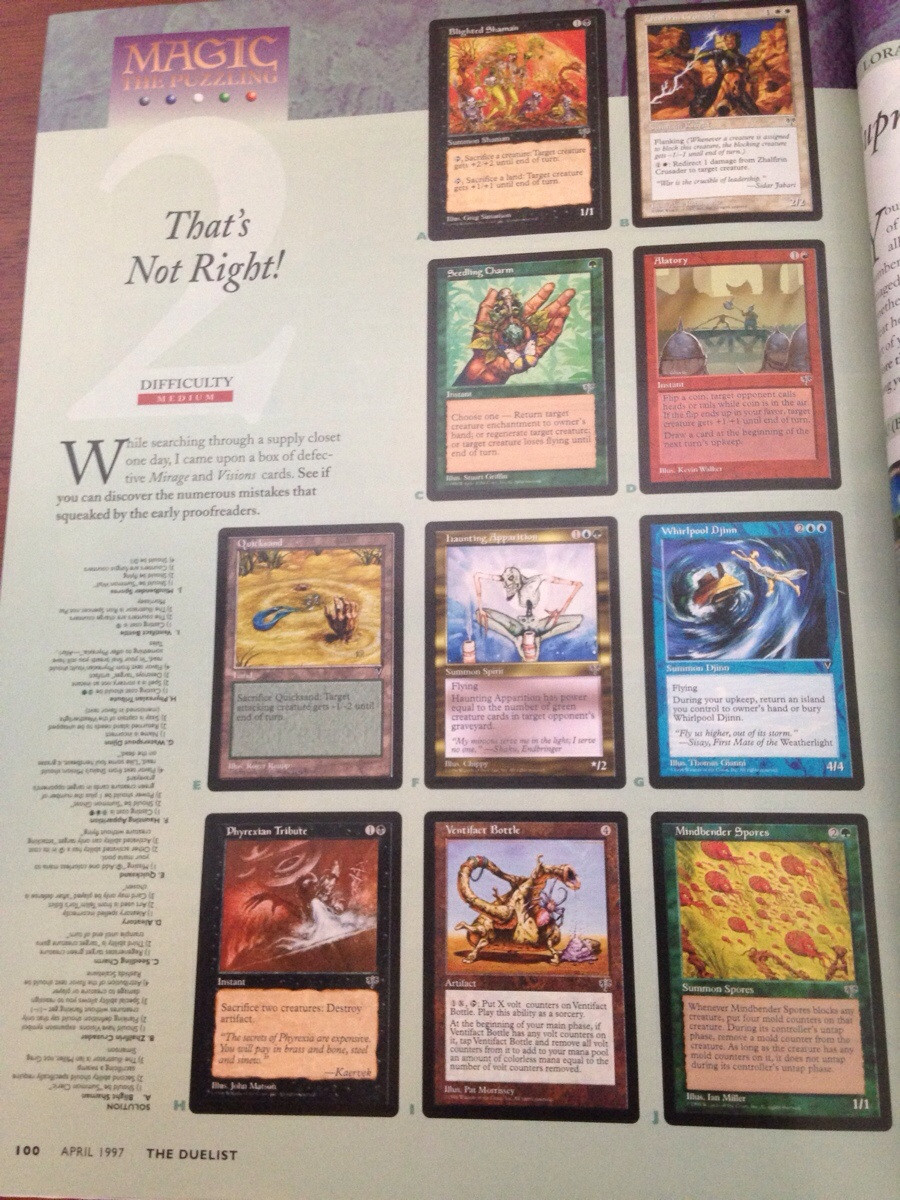 Anyone remember the days before the internet when we got our Magic edutainment in other forms? I started collecting Duelist magazine around issue 18 and I have every issue besides the first 10. I read every month cover to cover, and sometimes cover to cover many times because for about a year there was a […]