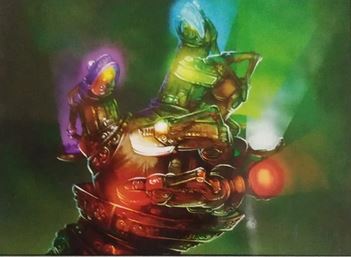 Jason Alt is following Goblin Rabblemaster’s latest rise with skepticism. He makes the case for getting out now, even if the card may not be at its ceiling yet.

Identifying “unplayable” cards with Modern potential can yield high returns if they ever break out. Sylvain Lehoux picks ten junk rares with promise.