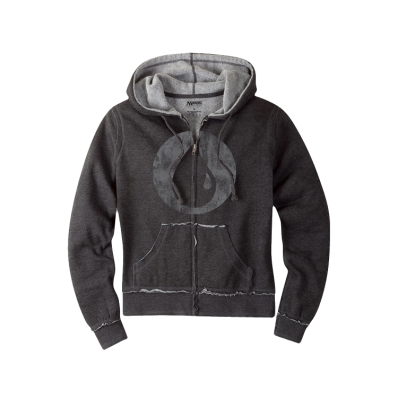 Magic is full of jokes.

Whether it's Mark Rosewater sneaking a card called Squee's Toy into Tempest, the Holiday gift cards like Yule Ooze or it's there mere existence of the Unglued and Unhinged sets, there's a lot of joking going on. That's why I wasn't the least bit surprised when I came across something interesting on MTG Merch.

Aww yiss. That's a baseball cut tee shirt representing our favorite ball club. What number would a player on The Bears obligatorily wear?

I hate how baseball tees look on me, though, so I decided to check the site out to see if anything else grabbed me.

This is understated but overpriced. Still cool, though.

This I could see wearing, maybe.

The site even has something for the ladies...

Having worked for an apparel company at conventions, women don't want crap like this, at least not nerd girls. They want the same designs that are on the men's shirts, but in the babydoll cut with the sheer fabric that are comfortable and flattering for females. That's it. Get on it, apparel producers.

So what about all of you? Those of you who are old enough not to have to worry about wedgies anymore, would you wear anything from MTGmerch in public? Leave it below.