We’re so used to seeing universal acclaim for the simple console version of Magic in Duels of the Planeswalkers, but this year something completely different seems to be in order. 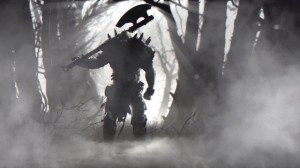 I’ll be up front that I’ve played about an hour of DotP in my life, and it was several years ago. I thought it was a nice introduction to the game but no replacement for real-life Magic. I was happy to see how it was doing for Wizards in terms of brining in new players and critical acclaim, and that was sweet.

That’s not the case this year.

Reddit has been filling up with complaints about it, including the completely non-sensical removal of Two-Headed Giant. I get that you want to add new features and change up the years, but once you add something in you really can’t pull it back out like that in console iteration games. There was no reason to remove something that was already coded last year. That’s a big strike to me.

Some of the other complaints include worse art overall and less “tailor-made” deckbuilding. To me, some of that is just typical complaining; art is subjective and some people actually prefer a less busy background when playing, and the deckbuilding thing depends on your preferences. But no matter how you slice it, the reviews aren’t coming out well. In fact, I Googled “Duels of the Planeswalkers 2015” and this was at the top of the results list. Seems like a bad sign.

Now some people have come to the defense of the game, and I want to include that, but overall the impression is far different than the universal praise from years past.

Facebook
« The Magic 2015 “godbox”
Why Does Everyone Love Ornithopter So Damn Much? »