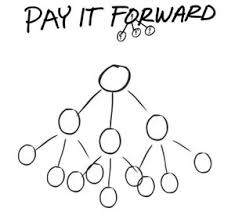 Reddit provided not one but two stories of community members giving back today and I thought I would share.

Like most of you last weekend, I went to one of the m15 prerelease events. I picked blue, drafted a deck which didn't do too well, but thanks to a bye in the fourth round, I had a guaranteed "win". Whilst everyone else was about to start their games, I was just getting ready to look at my pool of cards to see what I could possibly swap out, the manager of my LGS approached me.

"Hey, SquidQueenToken? Can you come over here for a second?" She pulled me to one side and introduced me to a young kid (let's call him Timmy) and his dad and asked me if I could help them with improving Timmy's deck and how to play magic better. I should mention that I'm still pretty new to playing paper magic. I've never finished building a 60 card deck, been to an FNM, but I know enough of the basic principles to get by and give a basic explanation and my thought process. I had nothing else to do anyway so I happily agreed and sat down with Timmy and quickly glanced through his deck while his dad got me a bottle of water.

Timmy had built a deck similarly to how a lot of newer, young players do. Lots and lots of big guys and a mana curve similar to running into a brick wall, but he'd got some things right already, like the number of lands and creatures to other spells

"He's my favourite!" He points to Grim Guardian as I'm thinking. I ask him what else are some of his favourite cards, and he pulls out Child of Night and Arbor Colossus. At this point I think of his mana curve again and ask him if he knows what the mana curve is about. He'd never heard about it before, so I began laying his cards out as I explained the concept of it, sorting them by mana cost, and asked him to think of it like a hill, with an incline then followed by the decline. He began to (I hope) get it and asked if he should try and fill in the gaps towards the middle. He started to spread out his cards, looking at his collection and swapping the bigger things with copies of smaller things to make up the numbers, making the mana curve even smoother. He'd built his own 60 card deck, from his own collection, with no extra help after me, which went on to beat the deck I drafted with his mind rots, doom blades and gray merchants which he'd added in after rebuilding his deck almost from scratch.

Timmy's dad explained to me that he only been playing for a month, but he never had any real help from the people at his after school club, and that I was the first person who'd given him the time of day. I was unbelievably happy as I went into the fifth round after we'd said goodbye to each other, and had to stifle some feels as I heard Timmy telling his dad "I can't wait to beat the older kids now!" as they left the store.

TL;DR Helped a younger player build his deck. Feels were had. Got whitewashed at prerelease.

Edit Holy crap, I didn't expect this sorta response! 😀 A thank you to whomever gave me reddit gold! And a thanks to everyone saying nice things, I hope those same feelings can be passed onto the rest of the community

And this one from /u/SpawnoftheKing

So I had a really great moment yesterday. I was at the LGS play testing with a friend of mine and during our third game a fella came in with his son and wife. The dad is a semi regular but I hadn't seen the rest of his family before.
They walk to the counter and I heard him ask about duel decks. Apparently his son wanted to get into magic and the father only had one standard deck so he wasn't exactly able to facilitate. The employee told them that unfortunately they were out of duel decks however commander decks were a great place to start for learning. Personally I think that's dumb and he should have offered a core set deck, but I digress. So the kid is eager as the dickens to get his hands on one, so sure enough the employee pulls mind seize and another one. The LGS still marks mind seize up to $80, but the child was so star struck by Jeleva and the power the deck had he had his mind set.
I overheard the guy and his wife deliberate and she said they didn't have the money for that, so he talked to his son and explained that they would come back later for that and he'd get him something else. The kid was surprisingly calm and didn't throw a tantrum when the news broke to him.
Unbeknownst to the family, I had audibly spectated the entire scene; when I got up to pack my stuff I saw how dejected the kid was and I knew I had to step in. I was raised to give the shirt off my back to the one who needs it so by God I was going to give that kid my magic shirt.
Out in my car I had a mind seize deck. In the packaging, brand new. I grabbed one from Walmart in hopes to trade it for commander stuff for my deck. I walked out to the car and picked it up, looked at it, smiled, and walked back in. Door chime went off and the dad saw me heading their way with the deck in hand and he was confused a bit. I pointed at the deck and then to his son and he kind of half nodded.
When I got to the kid I handed him the deck, and to say his eyes were the size of dinner plates would be the understatement of the month.
When they left the LGS with the red commander deck they purchased the kid ran back in and was almost crying he was so happy.
Tl;dr I was that kid once and my family wasn't well off. If you can help someone, you should; especially if it's a new player.

What about you? Have you given something back lately?

Personally I have a habit of taking a look at my opponents' sealed pools after our match is over if I win. Some people built just fine, but other players are newer and really feel like they benefit from a second opinion. Cards are very hard to evaluate early and sometimes people just didn't realize how good a certain card was in their deck. Others are playing 60 card decks and it's gratifying to see them do better as the tournament goes on because they are getting to their bombs more easily. Have you given something back lately? Did you give your sealed pool minus the rares out to kids? How about help someone with a deck? Did you give away old sleeves to someone playing without? Leave it below.

4 thoughts on “Giving Back”