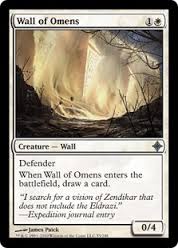 There's an old belief that going "rogue" at tournaments - that is to say, playing an unknown and possibly not-as-powerful deck - can give you a better chance to win. After all, if no one knows what you're playing, you're already at an advantage!

Of course, it doesn't really work that way in the real world. The best decks are the best decks for a reason, and there are enough people playing the game that finding something truly novel is pretty much impossible. And, even if you do, it's probably not good enough to win a tournament.

Except sometimes it is.

That's the story that Reddit user Travvyj shared today, and it's one I thought was worth passing on, if for nothing else than to show that it is possible. He decided to go against the grain and bring a Mono-White Control deck to the Extended format several years ago, and it turns out it worked okay for him: he won the event and played in the Pro Tour as a result.

Flash forward to the time before the Extended PTQ, and for some reason I just couldn't get Monowhite Control off my mind as the deck I wanted to play at the PTQ. I knew it would likely get crushed by any Faeries decks I ran across during the tournament (which were somewhat prevalent in the format), but I didn't care.