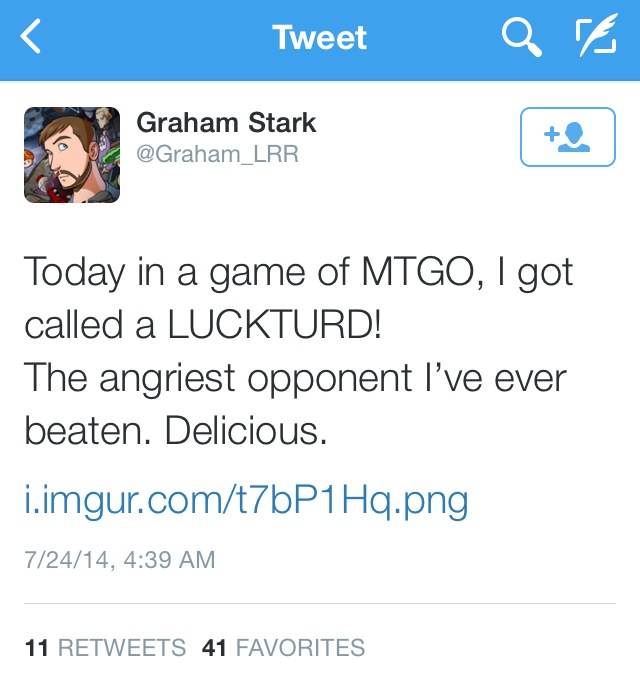 Anyone who has played a decent amount of MTGO will tell you that you're bound to run into a salty loser from time to time. But Graham Stark (@Graham_LRR) of Loading Ready Run recently experienced something truly special. 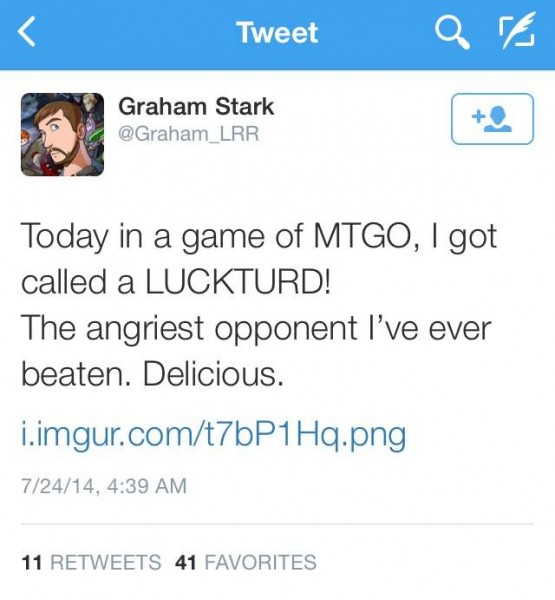 To see the whole exchange, visit the Imgur link from Graham's tweet here.

It's simultaneously shocking that someone would be so salty over a card game and also completely unsurprising for anyone who has played MTGO more than a handful of times. Above all, it's hilarious. You've got to appreciate the balls it takes to call someone a "LUCKTURD" and tell him he "LUCKSAGGED HARD," then quickly turn around and ask for a concession for ... reasons?

The most interesting part of this to me is the salty opponent saying, "I AM MUTED INDEFINTELY." Like Graham, I did not know this was a thing. On one hand, it's nice to see Wizards of the Coast attempting to protect players from toxic personalities like this one, but on the other hand, it seems like they didn't really succeed in this case. It's a tough situation for the Magic Online team: people like this spend money to play Magic Online, and making money is the whole point of the business. But attitudes and actions like we're seeing today may drive away other players from the product. How do you balance the comfort and well-being of the MTGO community against the needs of the business to maximize profits?

Regardless, you have to admire the will to hate that our mystery MTGO player has exhibited today. I like to think that once a player has been muted by MTGO, he learns a lesson and changes his behavior. But that's not what happened here. Natalie Weizenbaum (@nex3) said it best: 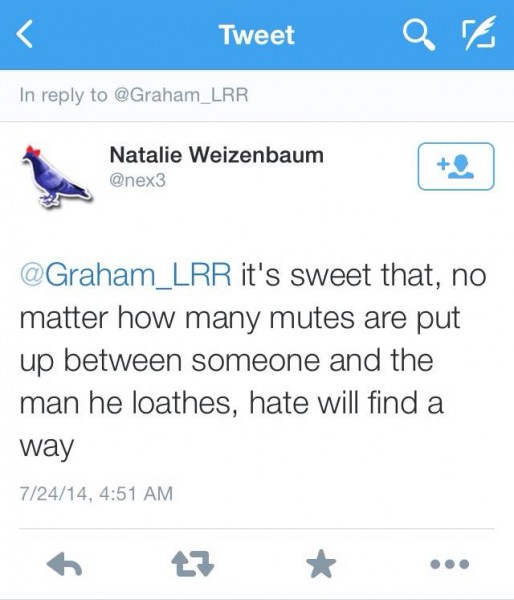 Do you have an especially salty opponent story to share? You know what to do.

4 thoughts on “The Saltiest Loser on MTGO This Week”