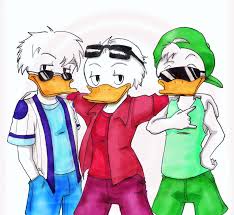 Unless you start at the top of columns and work your way down which, while intuitive, isn't the best way to handle a list that populates with the newest article on top.

Go below this one and read Danny Brown's update from today. I'll make it easy- here it is. Danny did a great job of outlining the upcoming changes to Standard.

I thought it was likely that these changes were a long time in coming, but I read Maro's Tumblr today and I don't think that's the case. Take a look at what the blocks were to be called.

We kept the three-set block names because two-set blocks weren’t public yet. The small set that goes with the spring set ties into that set name.

From then on our block names use a two-set naming convention - Blah & Blah.

The current way the blocks are arranged is

Of course they'll say that they kept the old names because they couldn't top their hat to the upcoming changes, but I think it pretty clearly indicates that this change to the structure of Standard has been proposed relatively recently. Cutting out core sets and changing the standard rotation time from 2 years to 18 months really impacts how the set needs to be designed with respect to reprints and staples for other formats. I think all signs point to this being a recent decision, so we'll see what comes down the pipe that may have prompted the decision. Keep your eyeballs peeled, and go read the posts under this one first.

One thought on “Changes to the Block Structure”