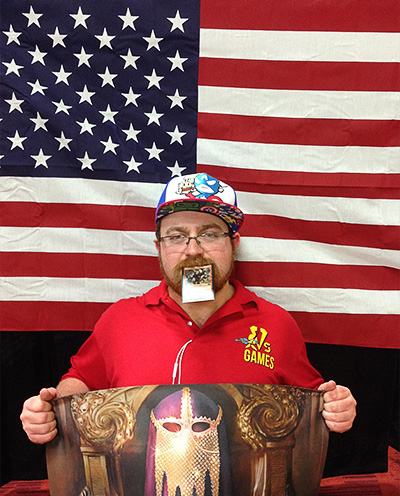 I know the World Magic Cup is something a lot of us don't even think about, given how far away from it we are. In Oklahoma, for instance, it's basically impossible to play in one, so it kind of flies under everyone's radars.

That is, until the actual event begins. Then, it's just awesome. A cool spectacle of the world's best from every country imaginable.

We've got to get there somehow.

It's not like he won a slouch of a tournament, either. Three of the world's top 25 players were there, and yet he battled through the entire field with a somewhat surprising deck: Rabble Red.

The little red deck that could took on all comers, and earned Issac his spot at the game's biggest tournament as a result.

There are more opportunities to qualify, and you can find the full details here.