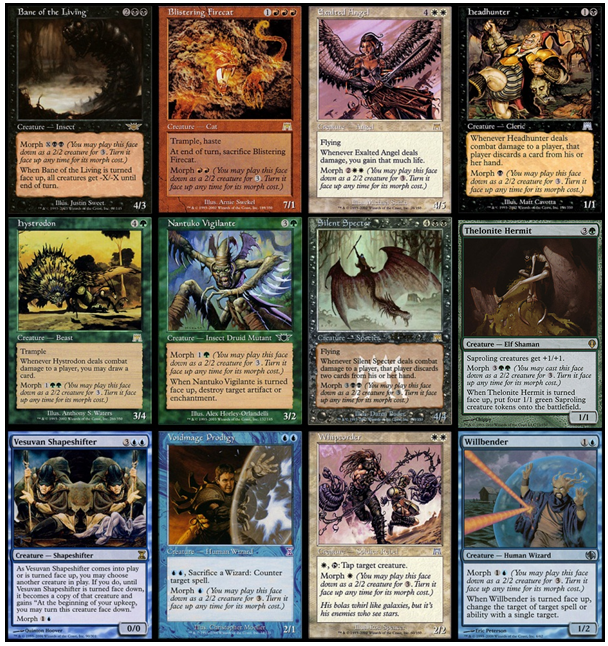 There are always promotional videos during pro tours, and sometimes you can pick up some interesting tid-bits from them. That was the case this weekend.

In the video “Inside R&D Magic 2015: Green,” Magic developer Sam Stoddard discussed returning mechanics and reprints: “Whenever we do a returning a mechanic for a set, we, of course, do want to have a big iconic card that reminds you of why the mechanic is awesome. And for this set it was Chord of Calling. This was probably the most popular convoke card in the original Ravnica set, and a lot of players were confused a lot [about] why we didn’t include it in Modern Masters. It’s a card they really wanted to own. Well, of course, we didn’t include it because we were saving it for this.”

After not reprinting Noble Hierarch in Magic 2013, some of us thought Chord of Calling would be safe from reprint in M15 (I’ll raise my hand on this one). Stoddard’s comments are interesting in light of the fact that we already know the returning mechanic for Khans of Tarkir: morph.

So what are the iconic morph cards from Magic’s history? I wasn’t active during previous appearances of the mechanic, but I am familiar with some of the cards with morph that are commonly played in Cube. Fortunately or unfortunately (depending on your point of view), there’s nothing particularly expensive on the list.

Below are a dozen morph cards often seen in Cube lists. Some are more likely reprints than others, especially given that flavor will be a factor. Which ones do you think we’ll see in Khans of Tarkir? 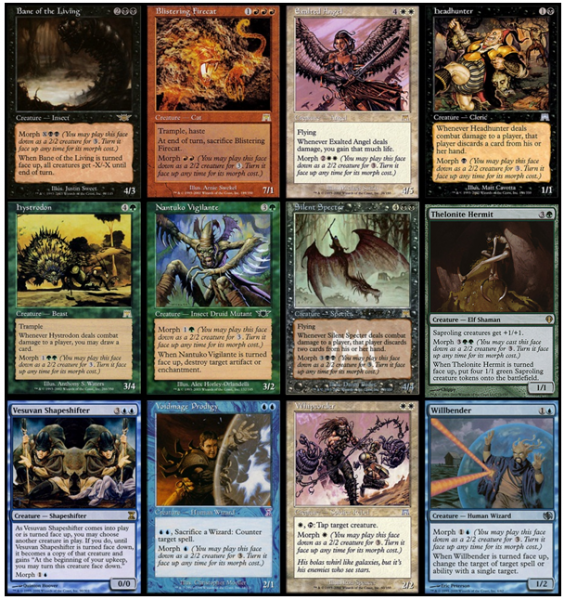 11 thoughts on “Reprints and the Return of Morph”